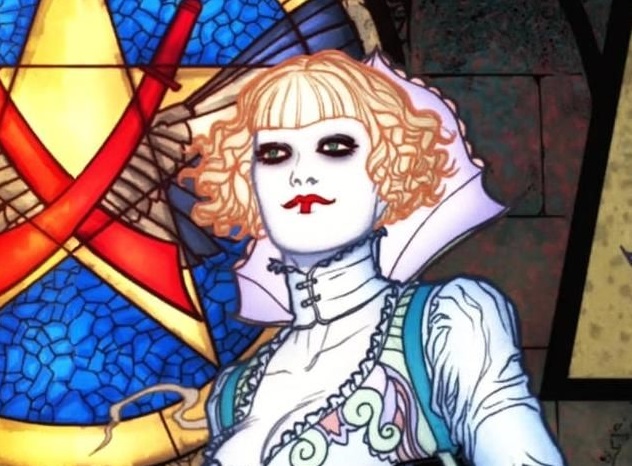 After her debut in the Elseworlds crossover event this weekend, there are plans for a Batwoman show that we learned about earlier this year. The show is planned to film its pilot in the spring with actress Ruby Rose at the helm. ThatHashtagShow has released casting information for the new Batman Universe pilot. The casting calls use codenames to refer to potential characters, but the true identities are not very difficult to make out. One of the most common characters to appear in Batwoman stories throughout her time in comics is her father. So the first character called “Joseph” who is meant to be a white male in his late 40s to mid-50s is no surprise. The character is described as “a former high ranking military Colonel, who instead of grieving the terrible loss of his wife and one of his daughters, formed his own army in order to make sure no one else has to ever go through the tragedy he had to experience.” You’ll notice that the description clearly states that Joseph lost one of his daughters which again harkens back to the comics with Elizabeth Kane. Called “Alexa,” the character is a white 27-year-old who is Batwoman’s worst enemy. “Alexa” is a woman who has experienced a tremendous amount of trauma in her more sensitive years. That has in turn caused “Alexa” to divorce herself from reality by living in a fantastical world where she is the star. Attached to Victorian attire, “Alexa” is a charming lunatic who manages to go from being psychotic to caring easily, which is why her unreliable behavior is a dangerous weapon in itself.”

There are two quick characters worth mentioning as well. “Sloane” who is described as a late 20s/early 30s Latina who is part of Joseph’s Crows team. It also states that she was once in love with Kate, but now she is married and hiding that secret from her husband. “Meredith” is in her early 20s and puts on a front of an airhead for most but she has a secret life in Gotham. The first may be a new adaption of Renee Montoya, while the second is most likely Bette Kane. Finally, “Landon” is an African-American male in his early 20s who was devoted to Batman. He “comes from an imperative legacy that has serviced the Caped Crusader with engineered gadgets. With Wayne Enterprises now abandoned, “Landon” is the one keeping it secure. While he is brilliant with tech, his social skills aren’t exactly the strongest as he goes out of his way to not make friends, after being betrayed by Gotham’s bureaucracy. With the Dark Knight missing, “Landon” soon begins to understand Gotham City’s demand for a new hero.” This has to be Luke Fox, who becomes the future Batwing.

Batwoman will appear in the Elseworlds crossover that kicks off on Sunday and runs through Tuesday. Would you be interested in watching a show focused on Batwoman and Gotham City even if Batman isn’t around? What do you think of the characters planned for the series?