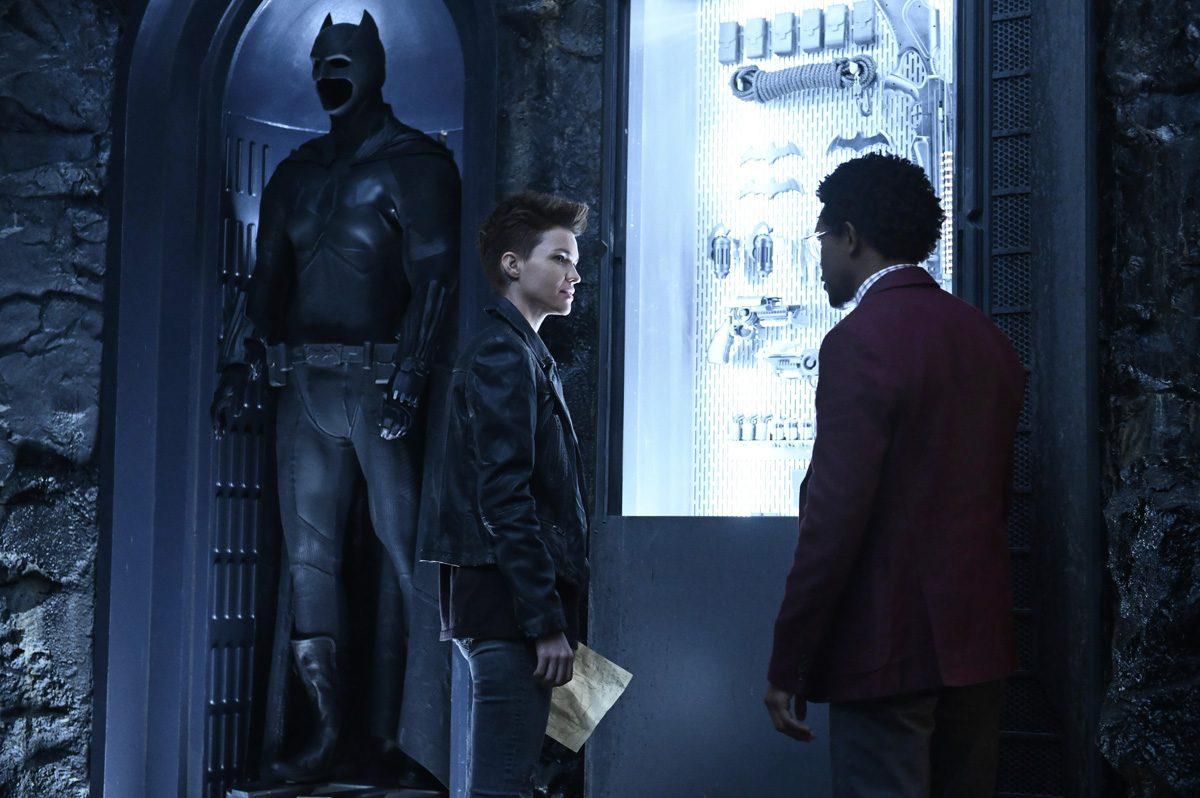 The series was announced to be moving forward last week and today, the CW presented their lineup for the fall at the Television Upfronts today and a ton of new details about the upcoming series were released. To kick things off the cast for the series was revealed in a full synopsis for the series. Kate Kane (Ruby Rose) never planned to be Gotham’s new vigilante. Three years after Batman mysteriously disappeared, Gotham is a city in despair. Without the Caped Crusader, the Gotham City Police Department was overrun and outgunned by criminal gangs. Enter Jacob Kane (Dougray Scott) and his military-grade Crows Private Security, which now protects the city with omnipresent firepower and militia. Years before, Jacob’s first wife and daughter were killed in the crossfire of Gotham crime. He sent his only surviving daughter, Kate Kane, away from Gotham for her safety. After a dishonorable discharge from military school and years of brutal survival training, Kate returns home when the Alice in Wonderland gang targets her father and his security firm, by kidnapping his best Crow officer Sophie Moore (Meagan Tandy). Although remarried to wealthy socialite Catherine Hamilton-Kane (Elizabeth Anweis), who bankrolls the Crows, Jacob is still struggling with the family he lost, while keeping Kate –– the daughter he still has –– at a distance. But Kate is a woman who’s done asking for permission. In order to help her family and her city, she’ll have to become the one thing her father loathes –– a dark knight vigilante. With the help of her compassionate stepsister, Mary (Nicole Kang), and the crafty Luke Fox (Camrus Johnson), the son of Wayne Enterprises’ tech guru Lucius Fox, Kate Kane continues the legacy of her missing cousin, Bruce Wayne, as Batwoman. Still holding a flame for her ex-girlfriend, Sophie, Kate uses everything in her power to combat the dark machinations of the psychotic Alice (Rachel Skarsten), who’s always somewhere slipping between sane and insane. Armed with a passion for social justice and a flair for speaking her mind, Kate soars through the shadowed streets of Gotham as Batwoman. But don’t call her a hero yet. In a city desperate for a savior, she must first overcome her own demons before embracing the call to be Gotham’s symbol of hope. Based on the characters from DC, BATWOMAN is from Berlanti Productions in association with Warner Bros. Television with executive producers Greg Berlanti (“Arrow,” “The Flash,” “Supergirl”), Caroline Dries (“The Vampire Diaries,” “Smallville”), Geoff Johns (“Arrow,” “The Flash,” “Titans”) and Sarah Schechter (“Arrow,” “The Flash,” “Supergirl”). David Nutter (“Game of Thrones,” “The Flash,” “Arrow”) and Marcos Siega (“The Vampire Diaries,” “You”) executive produced the pilot. There were also two new images released (both seen above) which features Ruby Rose as Kate Kane and a look at what may be the Batcave or Bat-Bunker since Batman’s Batsuit is present. Luke Fox also makes his first appearance as well in the same image.

It was also announced that the series will air this fall on CW on Sunday nights. The new series will be the lead-in for Supergirl and air at 8PM. No word on the exact premiere date at this point, but an educated guess would put it in early October. CW also revealed that the Batwoman series will be part of the massive five-episode crossover which will include The Flash, Arrow, Supergirl, and DC’s Legends of Tomorrow. Three of the episodes will air in December while the other two will air in early 2020, one of which will be the premiering Legends of Tomorrow, which returns for the midseason.

Finally, the first trailer for the series debuted and gives looks at all of the main cast including Rachel Skarsten’s Alice. Take a look and leave your thoughts below.