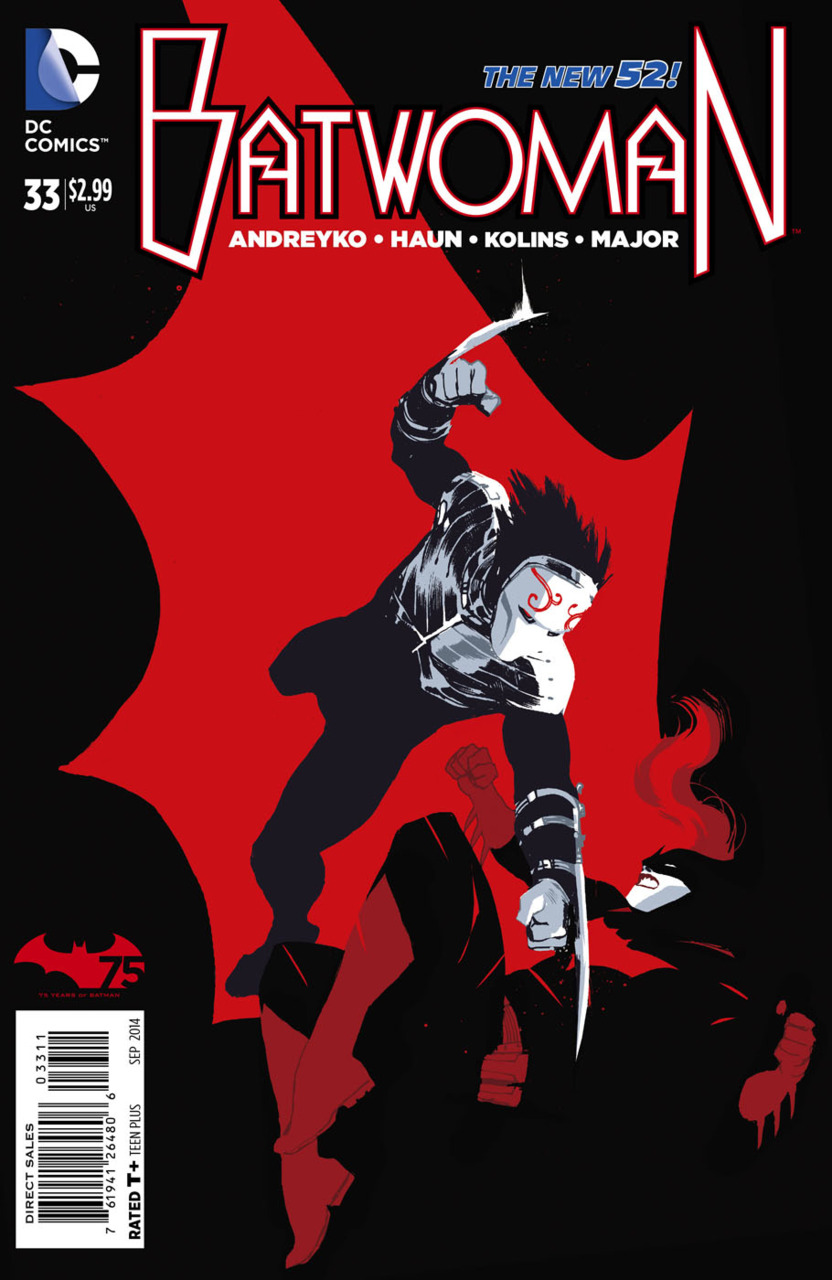 I'll be honest, this isn't as good of an issue as the last one, but it's still pretty good. I think where it hurt this issue, is the art. For whatever reason, Jeremy Huan couldn't do the whole book, and Scott Kolins did a few pages for him. And… Kolins art didn't really do it for me. I think his style would suit a indie comic much better than a book like this.

The cover… is freaking incredible. Rafael Albuquerque is amazing. You'll probably hear me say that a few more times if he continues to do the covers.

We open with Maggie & Jamie watching a movie. Batwoman is watching them from a window and breaks in. Yep, she's a vampire. She goes to attack Maggie as Jamie is met by Nocturna. Just as Batwoman bites down on Maggie… Kate wakes up. It was a nightmare.

Killshot is ready to shoot Natalia (Nocturna), but his employer tells him to wait. Natalia goes into the building, where a party is going on. She meets a man, and they hit it off. Soon afterwards, he proposes, and she says yes. Of course, it's only for the money.

Kate visits her doctor, and he helps her think about some things. Especially dealing with Maggie's ex. She calls him up, and gives him a proposition, however, we don't see what that was. Maybe next time.

Natalia & her fiancé are on a date, when Killshot is told he can kill her now. He takes the shot, and the fiancé is killed. Whether that was by design, or accident, I'm not sure. Seems like an accident. Batwoman confronts him, and takes him down easily, when the ninja from last issue comes in. His name is Night-Thief (his costume is so cool). She tussles with him & Killshot when Nocturna shows up. Party on the rooftop!

It was an okay issue. Not as good as last, but not terrible. Seemed like it was a little filler, as not much happened. But I'm still a fan.