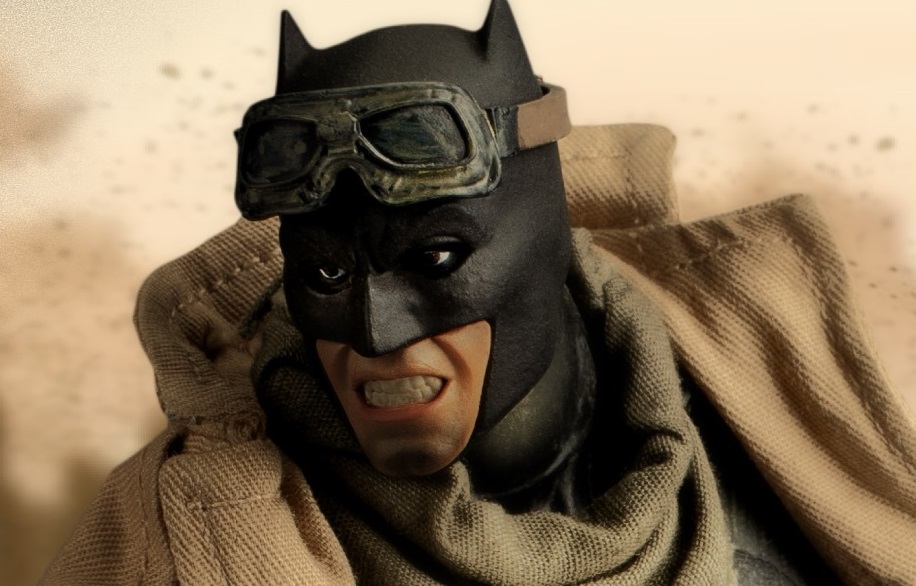 Beast Kingdom is bringing one of the most incredible action figures possible to life. Hailing from the movie Batman v Superman: Dawn of Justice, the upcoming Knightmare Batman will be part of their Dynamic 8ction Figures line. The one-ninth scale figure stands approximately eight inches tall and will include fabric jacket, pants and scarf. With three swap out faces and seven interchangeable hands, Knightmare Batman also includes goggles, guns, and a stand. Slated for a February 2020 release, Knightmare Batman is priced at $79.99. You can pre-order now over at Entertainment Earth.

The latest DAH figure is a recreation of Batman’s“Mercenary” outfit using real cloth material, complete with goggles, coat, scarf, worn armor and belt. Enter his nightmare dream and experience the struggle against the elements and his many adversaries including the Parademons as well as Superman himself. Explore Batman’s different emotions with the included facial expression accessories, complimenting the detailed head sculpt. DAH-014 Knightmare Batman also includes several pairs of interchangeable hands, jacket/scarf/trousers made of fabric, accessories including weapons and last but not least, highly articulated joints, allowing collectors to recreate the many famous scenes from the movie. Pre-order through Beast Kingdom’s Store and official distributors globally and add this unique Batman to your DC collection today.

Special Features
Designed and Manufactured under license by Beast Kingdom