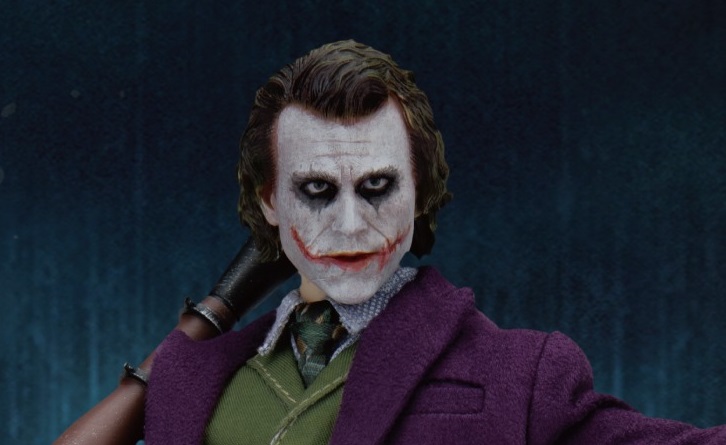 Beast Kingdom has released details for their latest Dynamic Action Heroes figure, which features the Joker from The Dark Knight. In a 1:9 scale the figure measures about eight inches tall and features twenty-eight points of articulation with multiple interchangeable hands and weapons. It is priced at about $99.99 USD and is expected to ship towards the end of 2020. You can preorder the figure at Entertainment Earth.

The release of ‘The Dark Knight’ heralded a new type of superhero, and with it a new type of villain! Heath Ledger’s take on the ‘Clown Prince of Crime’ is often considered as the definitive portrayal of the crazed comic-book villain. Bursting on to the screens in 2008 and changing the landscape for super-hero movies forever, nothing like it had been seen before. With every good hero a counter villain is a must, and this version of Joker took this notion of good vs evil to the next level! With clever makeup, a distinct taste for destruction and very anarchistic motives, the Joker from the Dark Knight is fondly remembered by fans the world over!

Beast Kingdom, The Entertainment Experience Brand, is proud to introduce the latest D.A.H (Dynamic 8ction Heroes) 1/9, action figure from the second in Christopher Nolan’s Batman trilogy. The Dark Knight: Joker has 28 points of articulation, giving fans and collectors the very best in posable, realistic design. Conversely, a huge amount of focus is given to The Joker’s clothing, something the character himself took great pride in. Everything from the stitching down to the detailed buttons, a real metallic chain and more is beautifully recreated. A detailed head sculpt brings The Joker’s manic look to real life. Finally not forgetting the D.A.H signature inclusion of a bevy of accessories, including four sets of hands, pistols, bazookas, hand grenades and more, means collectors are in no shortage of ways to pose and recreate their favorite scenes from the movie.

The most infamous superhero villain of all-time most certainly needs an epic figure to match! So make sure this Joker is in your collection and relive his unforgettable scenes on your desk today!