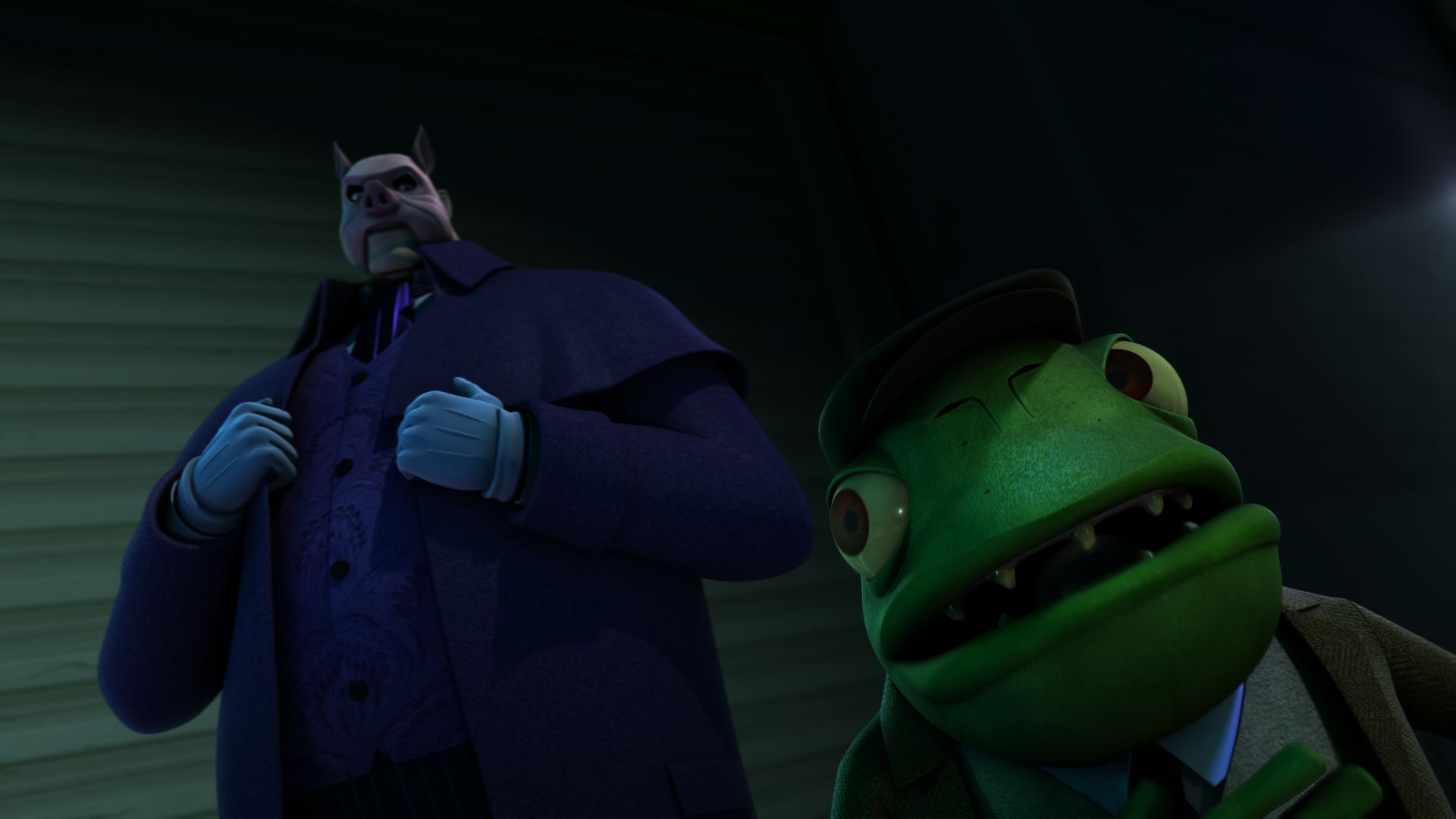 At the beginning of “Instinct”, a Lady-Gaga-like individual is seen leaving a Gotham City night club dressed in a feathery outfit. She is promptly confronted by Professor Pyg and Mister Toad. Later, as Bruce Wayne and Katana exit a restaurant, they see this individual wearing a chicken mask and strapped to the hand of a clock tower. It is just moments before the second hand will pass by the minute hand, which will cut the ropes binding her to the minute hand, sending her plummeting to her death. As Katana turns to Bruce to see what they should do, she notices he is missing, and looking back at the clock tower, she sees Batman swoop in, just in time to catch her as her fall begins.

A note they find on her leads Batman and Katana to the shop of a leopard-skin-clad fashion designer. Batman and Katana find him tied up and about to be chopped up by saw blades that are inching towards him. Katana’s attempt to save him fails, but Batman quickly stops the blades. Next, they follow their instincts about the clues and find a bomb in a parking garage. After getting the bomb out and into the nearby water, Katana thinks they have saved day, but Bruce Wayne thinks they have missed something. Katana shrugs it off. However, she soon receives and interesting phone call from Dr. Jason Burr.

In this episode, Batman displays some excellent investigative work and has some lines of dialogue that some may find epic and others may find cheesy. Other than that, there is little to enjoy with this episode. We see some of the same problems that plagued Professor Pyg and Mister Toad in the first Beware the Batman episode, with the addition of super cheesy and downright stupid dialogue between the two of them. Yet again, we suffer through more whining from Katana because she apparently didn’t get enough compliments and gadgets.

Overall, this series has a lot of potential, but there are too many little things that pile up. To be completely honest, they are not far from a great show. But, they miss just slightly, and sometimes missing slightly is worse than completely missing the mark. This episode epitomizes that point.