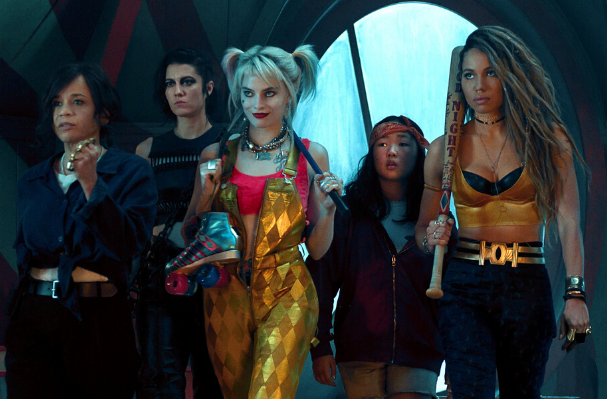 The second trailer for “Birds of Prey and the Fabulous Emancipation of One Harley Quinn” has dropped online and if you haven’t seen it take a look.

The trailer is very Harley-focused and seems to explain the central plot of the film, with Harley ending things with the Joker. The film quickly sets up Ewan McGregor’s Black Mask as the big bad of the movie and the driving force behind bringing the principal character together. The trailer is action-heavy, and outside of a quick reveal McGregor’s mask, it doesn’t really seem to give us much in the way of big reveals. There is a quick rundown of the main cast and how they figure into the story, including a few action moments with Huntress and a quick cut of what appears to be Black Canary’s Sonic Scream. Noticeably absent from the trailer is the rumored comics-inspired outfit that Huntress is reported to put on at some point in the film.

The marketing hints at this being more of a Harley Quinn outing featuring the Birds of Prey rather than more of an ensemble piece and it will be interesting to see where the final product lands. Many have pointed to Harley being DC’s answer to Deadpool, and with an R rating featuring action with comedic tones and possible breaks with the fourth wall, that might be just what is happening.

“Birds of Prey and the Fabulous Emancipation of One Harley Quinn”, directed by Cathy Yan and starring Margot Robbie as Harley Quinn, Ewan McGregor as Black Mask, Mary Elizabeth Winstead as Huntress, and Jurnee Smollett-Bell as Black Canary flies into theaters on February 7, 2020.