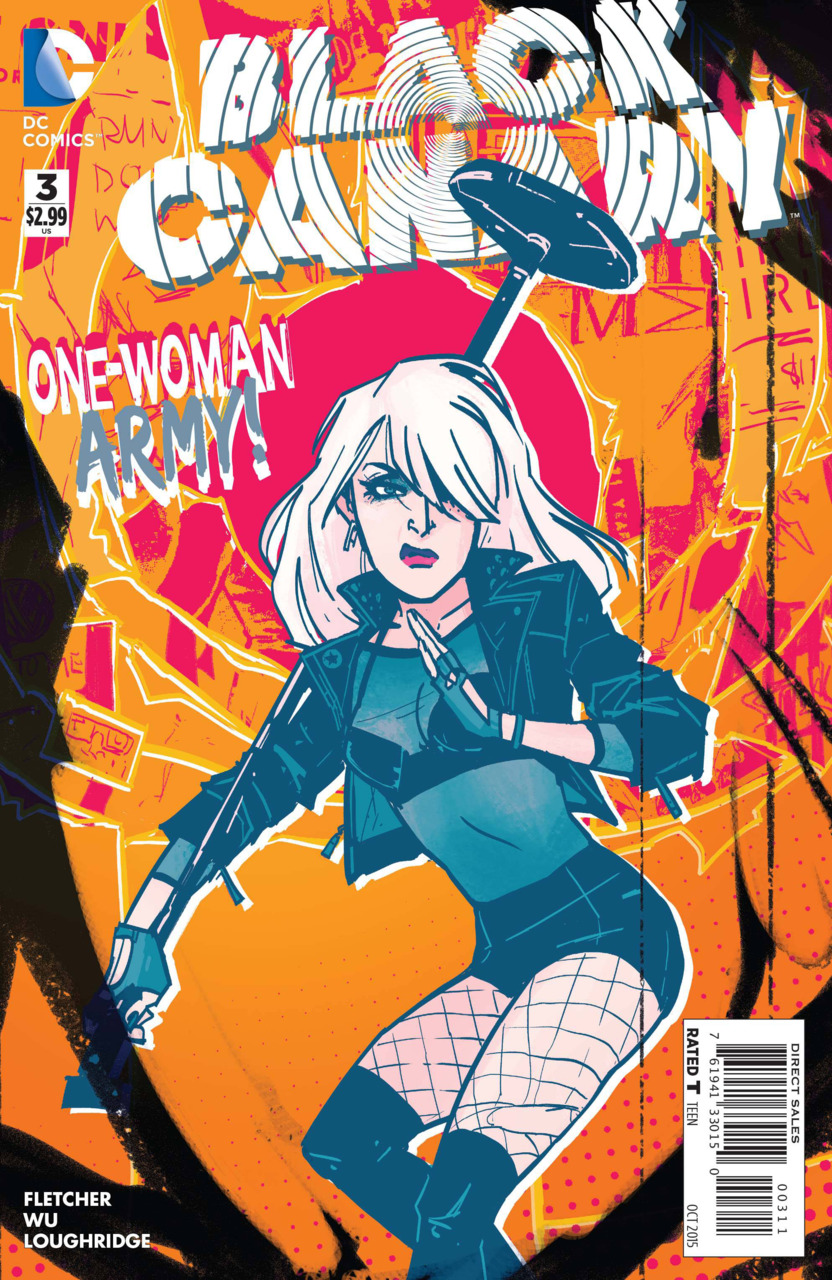 There are times, at this point, where I look back on my review of issue one and go, “…it wasn’t that good.” And I truly hate that about first issues. You really have no idea where they are going from there and it makes it that much harder to critique. Because really, you don’t want to bash it for something it’s not trying to accomplish. Black Canary hasn’t done that. It’s maintained its consistency of awesomeness. Brenden Fletcher keeps the story intriguing, Annie Wu tells an amazing/fun/engaging story, and Lee Loughridge adds a vibrancy that adds life to these characters.

Now, I’ve played guitar since I was eleven years old. I was in a garage band when I was in high school. Being in a band is hard. Keeping the band together is even more difficult, especially when various people are in them for different reasons. So I see things in this comic that I can relate to, at times… Or at least understand. When that happens, you form an attachment to a character, and that is why I’m digging Dinah more now than I ever have before. This is a comic that years from now, when I hear someone trash Black Canary, I will tell them to read this book, and get back with me later to see if their mind has changed. This books, in only three issues, become one of my favorite things to read each month.

So, for the sake of making my job easier, I’m going to sort this in chronological order. We drop in on Dinah, as she lets out her canary cry, while on the top of the band’s rig, and takes down a helicopter full of agents dressed similar to Kurt from the last issue. Annie Wu takes control from here. Having an awesome fight scene with the agents. Dinah takes one of the bikes, and is trying to catch back up to the rig, but another bike isn’t far behind. Before he can make his move, Paloma shoots his tire out, potentially saving Dinah. And then, we get use of some musical Latin words to help control the pacing along with Wu’s art.

The rest of the band had an agent climb aboard, but they were able to take him out and tie him in the back. But the Venom-like goo also finds its way back there, and attaches itself to the agent. Dinah boards Kurt’s truck and gets some answers from him. He’s trying to take Ditto to save her from the other creatures from her world, who will kill to get her. Dinah agrees to work with him, and they board their rig just in time, as Paloma has just ran out of bullets – which didn’t seem to hurt the creature – and Dinah lets out another canary cry, which blows the back of their tour bus away.

Dinah introduces the band to Kurt, and they arrive to the gig, with 5 minutes to spare. They rush out, get everything set up, and play a kick-butt show in Keystone City… Without actually having to stop and kick any butt, which is a first. Kurt approaches Dinah after the show, and they talk. He explains that the government wants Ditto back. That Dinah, as well as the others on Team 7, got their powers from Ditto. That’s how Dinah got her scream. During this, however, Meave was eavesdropping. Kurt trusts Dinah with Ditto, though. Even though he’s lost his memories, he’s watched the tapes. He knows what kind of person she was and how he felt about her. Byron runs in screaming, telling them that Ditto’s gone. Wonder who took her? Meave!?