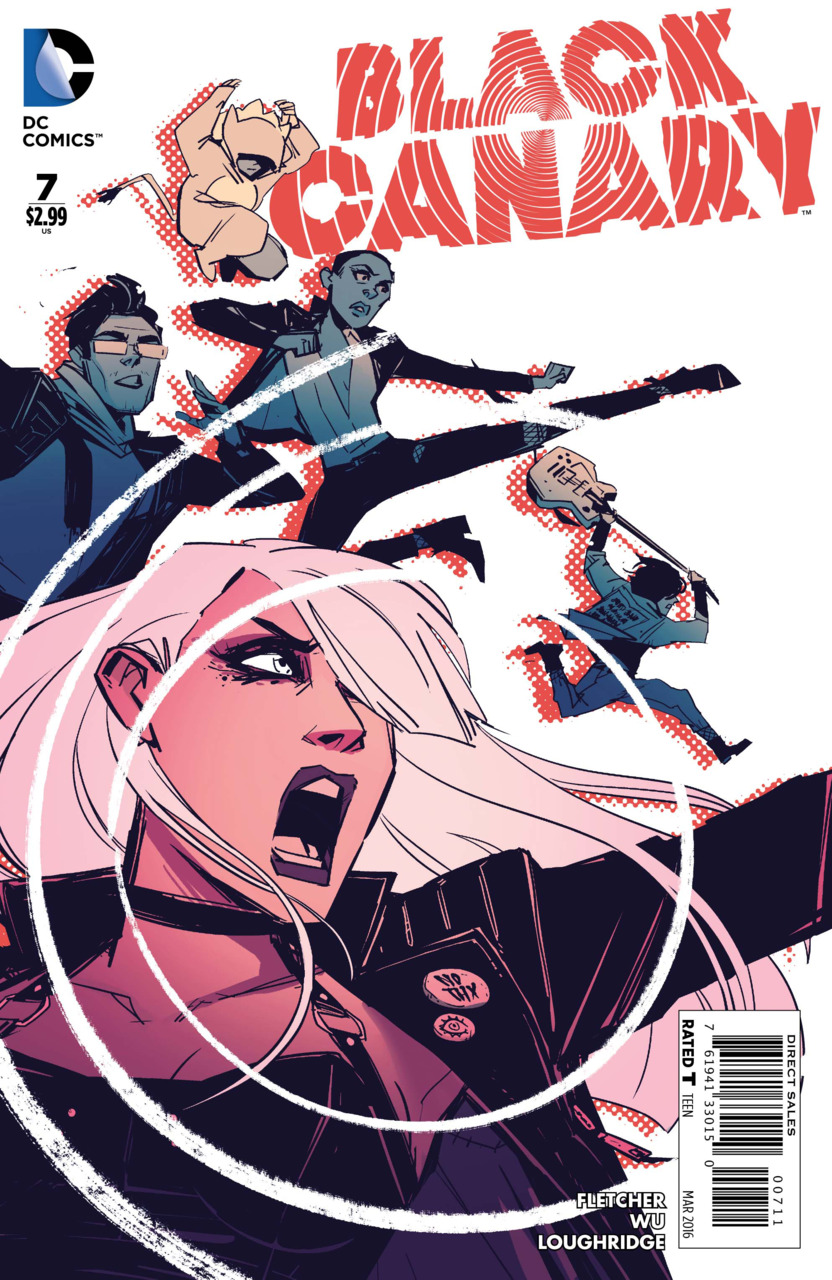 Breakdown: Brenden Fletcher’s script for this issue is better than the last issue or two have been. I still have some problems with it. For instance; Kurt Lance is a plot device — and that is all he is. I was hoping that we would get to explore his character and get to know him as a person, but there is nothing to know about him. I do like seeing how Fletcher deals with how the band interacts with one another, and how they have grown together as a family. I don’t like how we don’t get any dialogue at all for six pages. I understand that there was a story reason behind it, but I can’t help but feel cheated by the end of it. For comparison sake, Brian Azzarello and Ed Brubaker both do a great job of pacing by keeping a limited amount of words on a page, without making you feel like there is nothing to read. They both place a great amount of responsibility on the artist, without relinquishing the control they have over the book. Fletcher’s writing just comes across as a bit lazy at times, and I’d like to see him step it up a bit.

Annie Wu kills it this issue. She really takes control, and carries this comic on her back. Her panel breakdowns are amazing. Her pacing keeps you engaged. Her storytelling was pretty solid… There was a moment during the silent scene where I wasn’t sure what was going on, but it’s unclear as to whether this would be under the fault of Wu or Fletcher.

Lee Loughridge is definitely one of the best colorists in the business. The palate he uses is so striking, you find yourself ogling the page. And it continues to blow me away how much of an impact his colors have in the storytelling of every issue.

Steve Wands continues to not make a mistake in his lettering… I don’t know what else to say about the guy.

Recommendation: Buy it for the amazing art… If you are an illustrator in training, I’d suggest this comic and strive to learn from it. I think it could help you… Or if you are invested in this series already. If you are looking to jump in, I’d suggest keeping an eye on next month’s issue, as it seems to be kicking off a new story arc.

Synopsis: Kurt Lance is setting up the band to save the world, and Ditto. He sets up a gig at a stadium, but no one is there… The team is to lure the Quietus alien monster using their extremely loud music, and Ditto herself. Bo shows up, and decides to help Dinah with a secondary cry, since she bonded with Ditto.

The band is successful in luring the Quietus to the stadium, and then Dinah tries to take it on one-on-one, but begins to loose the battle. That is, until the white ninja shows up, and gives the band another wind… They begin using their instruments as weapons (which never gets old), just as Dinah and Bo finish it off with their cry. Kurt agrees to leave the group… again, as long as Amanda Waller agrees to leave the group alone.

BUT — Dinah’s missing! She wakes up in her childhood bedroom, as she begins to remember something about her past. The white ninja appears to her, removes her mask, and Dinah seems to recognize her, but we’ll have to wait and see.

Closing Thoughts: It’s better than last issue, but I’m not exactly thrilled with this series right now. I hope next issue serves as a refresher for this series, and gets it back on track.