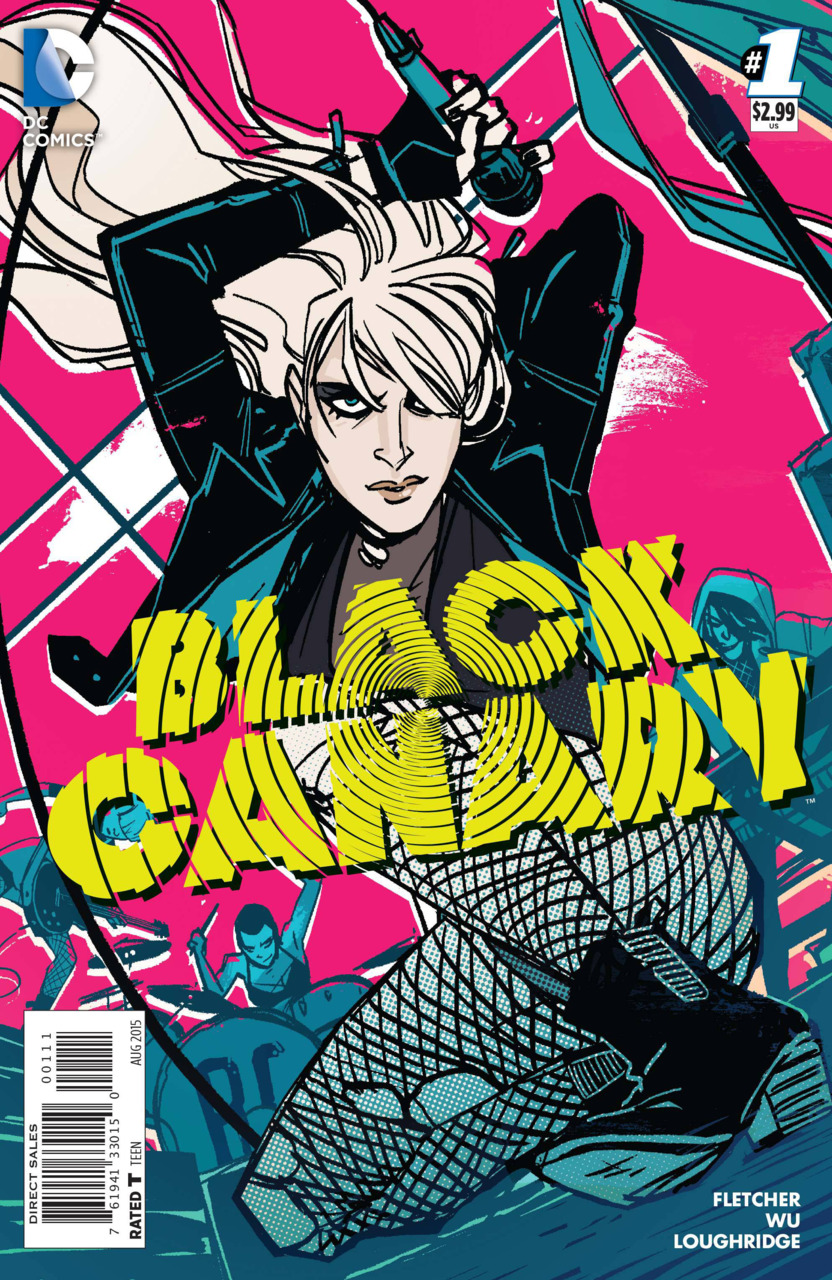 Comics like this have become a trend of their own in recent times. Comics like this have been done more over at the place next door, – over at Marvel with Hawkeye and She-Hulk – but DC hasn’t put out an effort to do something like this until just a few months ago. Comics like this have a distinct tone, a playful banter that you just recognize when you open the book. Comics like this don’t get green-lit very often. The reason being, is because comics like this don’t tend to last very long… Comics like this– are something to be celebrated. Something we should latch on to. Something we should tell others about. Something we support. Brenden Fletcher has come out of nowhere to produce some of DC’s best and brightest books RIGHT NOW, with Batgirl, Gotham Academy, and now this. The things he is doing, are part of a change taking place in the comics industry, something that is being said more and more recently. But it’s true, isn’t it? Comic books are taking a change for the better. No longer are they just putting out stories for the sake of it, we have stories that are putting out messages, voices, and character studies that we can take a look at. We have different creators doing so many new and different things that have never been done before. Black Canary is part of a movement. A study of a character that has gotten the short end of the stick, and allows us to have fun with it. It’s a much lighter tone than DC has been known for since the New 52 relaunch of 2011. DC has made some huge changes, and YOU, as a fan should support something like this if it’s what you’ve been clamoring for. The variety they are putting out right now makes each comic feel fresh. With Fletcher’s fun narrative and Annie Wu’s amazing storytelling, makes this comic an awesome read. Really, you could read this book without dialog, she’s so good. Please try this book out. It was so much fun.

Dinah and her band, Black Canary have been on tour and have so far done a few shows, but something is wrong. Trouble seems to follow them wherever they go. Just the other day, an opposing band group disguised their guns as guitars, (that’s talent) but thankfully Dinah was there to stop them. Audience members got some souvenirs – a tooth and a guitar pick. But this tour is taking a toll on Dinah. Trouble keeps following them, and when she beats the perps up, it’s bad press for the band. But she can’t just let innocent people get hurt. This is causing some trouble with where they book their gigs, as no one wants to rent out a place, only for it to get trashed and they loose money. And even though Dinah has an amazing voice, she doesn’t have much of a stage presence. She can’t get the crowd into the music. On a ride to the next show, the group get together to help her out with this by showing her some videos of another singer, but they also try to get her to open up about her past. She refuses to tell them anything, and this continues in an interview once they get to their next gig. The reporter even asks Dinah about a rumor of her past marriage.

Heathcliff, who you may know from Gotham Academy (at least I’m pretty sure that’s him) is the roadie/manager/merchandise guy for the band, and is setting everyone up, and three guys in suits watch from afar. Byron is the drummer and backbone of the band, and seems to be someone Dinah can talk to. Paloma is on the keyboard, among other electronics of the band. Ditto is a young guitar player that is very impressive. They are having a breakout show where everything is going their way, until Ditto’s guitar riffs bring out the monsters in the men in suits. This is the coolest part of the comic, where Dinah uses her microphone to beat the monsters before they are able to hurt anyone. Near the end, she is left with no choice, but to use her Canary Cry to incapacitate the monsters. They cry out that they will be back for the girl – referring to Ditto (who can’t speak, by the way). The band agrees that they need to stick together, so Dinah says she will train the whole band how to fight so they can protect themselves. As their bus heads to their next destination, they have picked up some hitchhikers along the way…

I really liked this comic. It was enjoyable to see a comic about a band with a superhero, an interesting mashup. It also has great character moments with Dinah, and the supporting cast is very distinguished, and likable from the get-go.