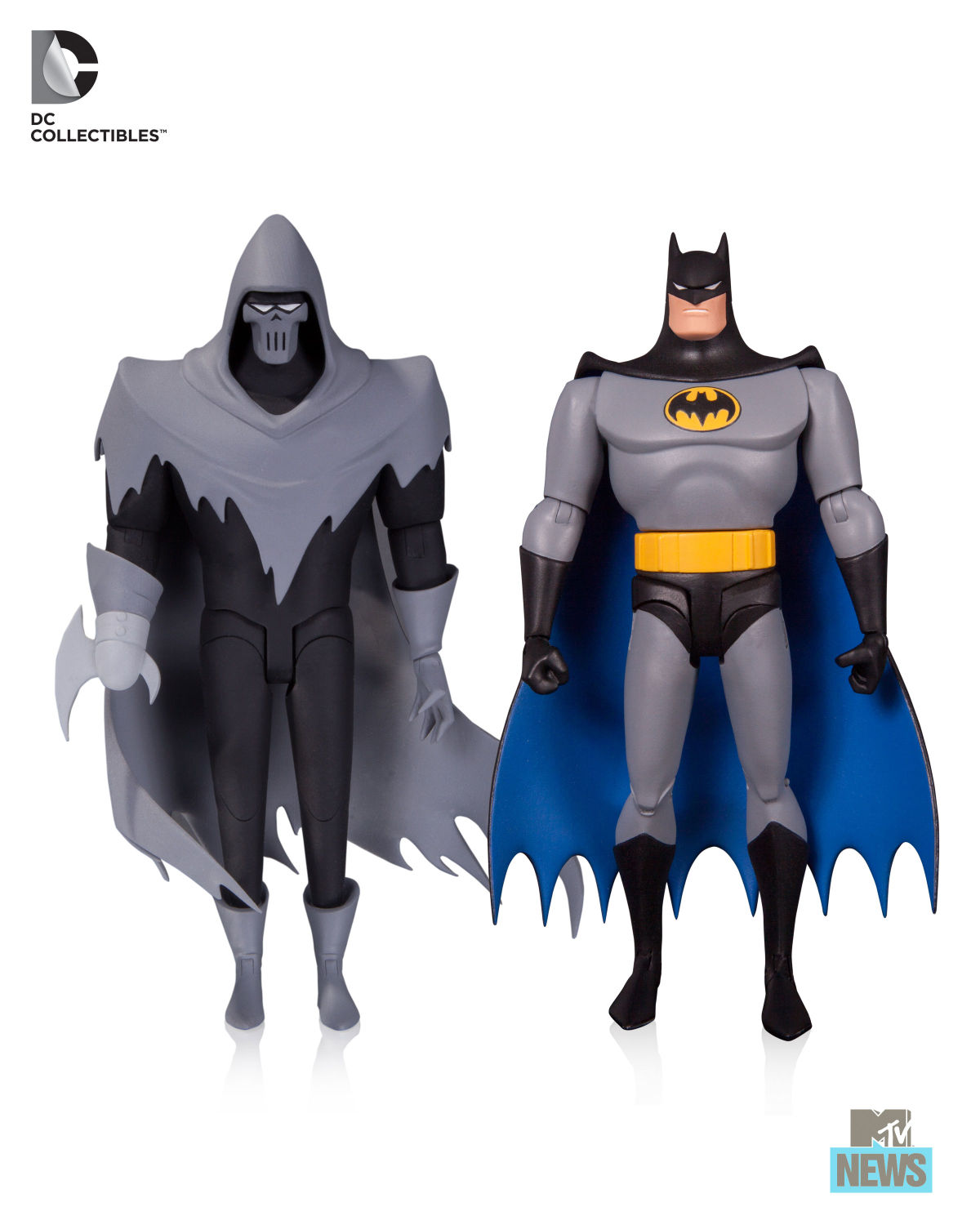 The newest set includes a two pack based on the 1993 classic Batman Mask of the Phantasm.

Nightwing, modeled after The New Batman Adventures will also be available and will include interchangeable hands, batarangs, and binoculars (the figure, unfortunately, does not come with scissors to cut that terrible, terrible mullet).

Bane, Mad Hatter, and Scarecrow will round out the individual figure set, each coming with their own accessories.

But the most important and exciting reveal is the Batmobile. The toy is 24″ long and comes with light up headlights, breaks, and engine. It can also fit two 6″ companion action figures.

These figures are expected to hit stores in October but you can get an early peek at these beauties at the DC Collectibles booth at the Toy Fair in New York this weekend.