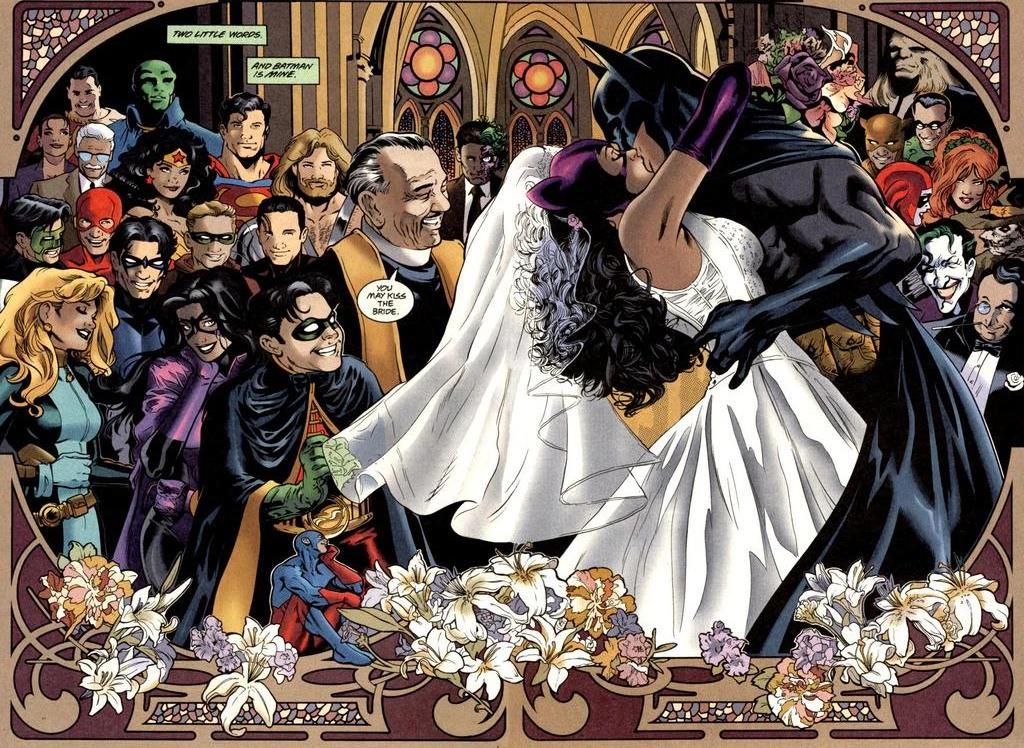 During a visit to Tampa Bay’s Megacon on September 23, TBU had a chance to chat with longtime Batman writer Chuck Dixon. Dixon just finished his year-long maxi-series Bane: Conquest earlier this year. As we talked about recent events in Batman comics, I brought up Tom King’s Bat-wedding. Dixon revealed that he had his own unused idea for a Batman/Catwoman marriage.

“I had a pitch in my pocket that I kept in case anything came up where we needed an idea for the Batman offices. The one I always kept back was Bruce and Selena getting married. In my scenario, it would have a long lead up like Knightfall had, and it would be some cathartic event that would bring them together and then over the course of the year they would remain married and trying to make it work. Something would come up where Selina had to break up the marriage in order to save Bruce’s life, but she could never let him know that’s why. She leaves Bruce heartbroken but she had a reason for doing what she did. So she remains at heart noble character that I’ve always believed her to be,” Chuck said.

Dixon was no stranger to writing Catwoman. “I was like the auxiliary Catwoman guy. Whenever they were in between regular writers they would have me fill in for a while. I think I wrote eighteen issues altogether,” he said.

I asked why Selina was separated from the Batman family during most of the 90’s era. “I just think it worked out that way. I worked her into stories quite a bit,” Chuck said. “I mean I had an issue of Nightwing when she fantasized about marriage. She ends up bull-whipping Batman to death on the altar because he wants to answer the Bat-signal. Gorgeous Greg Land art. So if anybody wants to look that up, that was like a precursor to their wedding. It was during the “Batman gets killed” month, where every issue of a Batman title he got killed,” Chuck continued.

What do you think of Chuck Dixon’s unused Batman and Catwoman pitch? Would it have worked better than the current Tom King storyline? Let us know in the comment section.