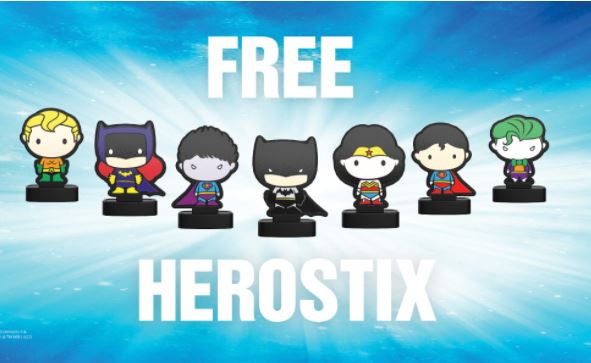 Circle K has announced a new line of collectibles they will be offered at select stores in the United States called DC HeroStix. These cute suction-bottomed characters are available free while supplies last at participating Circle K gas stations with the purchase of either eight gallons of gas or $10 of merchandise. They can also be purchased individually for $0.99 each. They are sealed in a blind bag, so you won’t know what you have until you open it.  There is also a collectible album to display all of the twenty-four DC HeroStix that will be made available for $4.99. 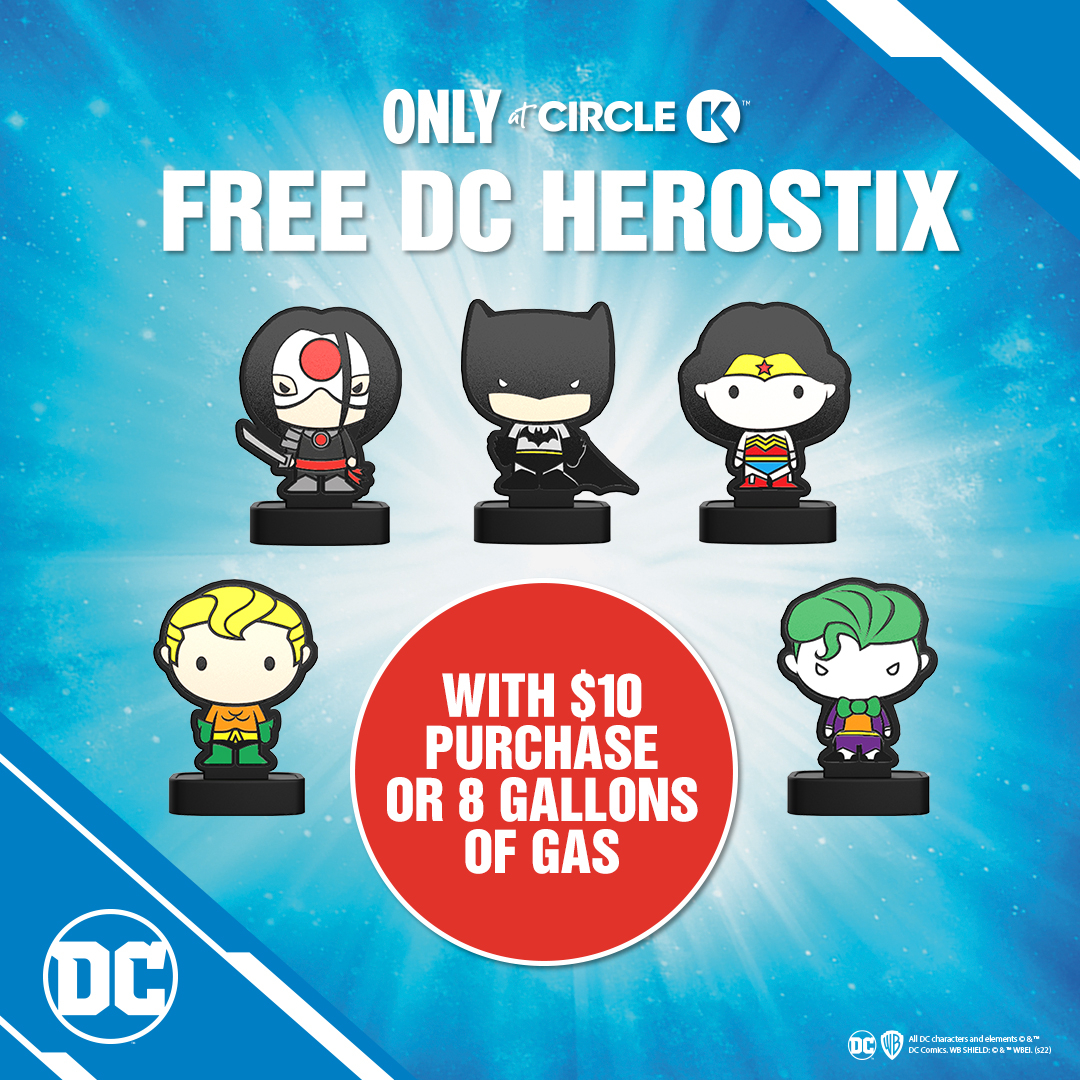 “At Circle K, we love surprising and delighting our customers with fun exclusive offers that feed their passions and provide new reasons to make Circle K part of their daily routines,” said Melissa Lessard, Head of North American Marketing at Circle K. “With last week’s premiere of The Batman, what better way to celebrate the iconic heroes of DC Comics than with HeroStix from Circle K?”

Circle K has stated that there are sixteen characters and eight symbols that make up the entire line of DC HeroStix. For those wondering, out of the characters available are members of the Batman Universe including Batman, Batgirl, Catwoman, Joker, Harley Quinn, and Poison Ivy. It is assumed that one of the eight symbols will also feature the Batman Universe in some way.

The promotion officially began on March 9 and runs while supplies last. You can find participating locations by heading over to Circle K.