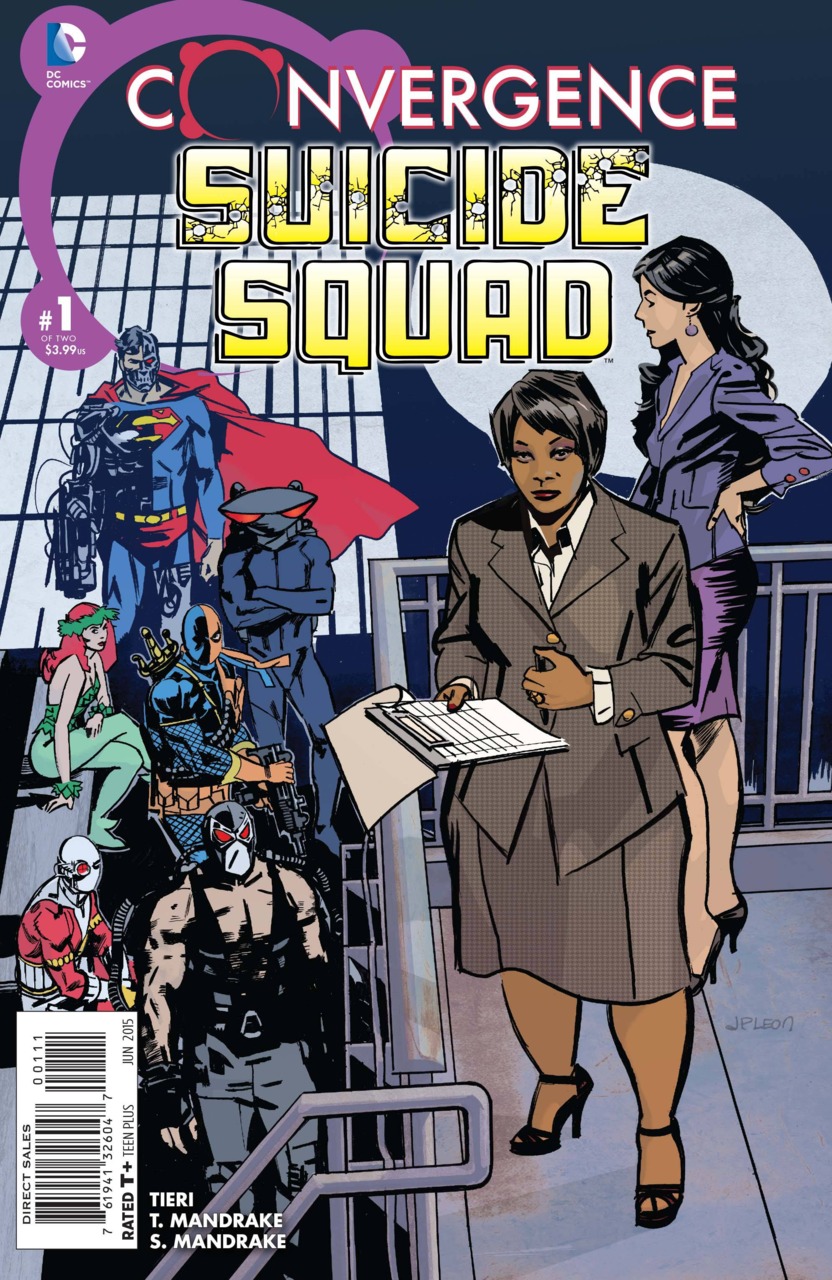 Amanda Waller lies dying. She has failed her mission and bemoans the end of her world. Alan Scott, Kingdom Come’s Green Lantern, stands over her apologizing for the result of their battle. An unseen voice takes the blame for her demise when a gun from presumably the unseen assailant fires.

Flashback 48 hours. Toyman, Deadshot and Captain Boomerang are dining in a restaurant under a domed Metropolis complaining about the availability of good steak. Toyman wants them to team up and find the Supermen and kill them. Apparently the Superheroes have been hiding since they lost their powers. Toyman offers them a million dollars to get rid of the Men of Steel.

Suddenly Telos’ familiar words ring out, calling the superheroes to battle. The three villains are surprised to see Atomic Skull, who is dining at a table nearby, regain his powers. Seeing that the supers are now super again Toyman rescinds his offer so Deadshot shoots him and takes the briefcase full of money.

Amanda Waller and Oracle also hear Telos’ command at their headquarters. With the dome gone communications between cities outside the dome are now active. A call comes in for Amanda to report to General Lane for an assignment: Operation Kingdom Come.

The General tells Amanda that they will be fighting the Kingdom Come superheroes which will be a difficult task. Alan Scott as Green Lantern has absorbed the Lantern into himself making him his own power source as well as creating New Oa, a space station in orbit around earth. Amanda’s mission is to destroy New Oa and Green Lantern.

Amanda’s team is in place: Star Sapphire, Bane, Black Manta, Deathstroke as well as Count Vertigo, Deadshot, Poison Ivy, Captain Boomerang and Bronze Tiger. Finally a new addition to the team is announced: Cyborg Superman. Oracle will coordinate the team. Oracle is also persuading a mysterious figure on Kingdom Come to betray his world. That person turns out to be…Lex Luthor.

This story has a number of problems. It is all about assembling the team without any real action. It starts with a tease about the result of the battle which I assume is a red herring and ends with a world-betrayal which I believe is unique in the Convergence series. But there isn’t much in the middle except for character introductions. Most of them are played for ‘ooooh’ value. Ooooh Star Sapphire. Ooooh Cyborg Superman. Oooooh Lex Luthor. They try to make it dramatic and foreboding but it seems boilerplate and contrived.

The art has an interesting color palette and bold lines and shadows but there is something wrong with the perspective in some of the panels. Also, I was having trouble keeping track of the action and who was who in some of the parts of the story. When I have to look closely at the art for subtle clues as to what the heck is happening in the plot it detracts from my enjoyment of the story.