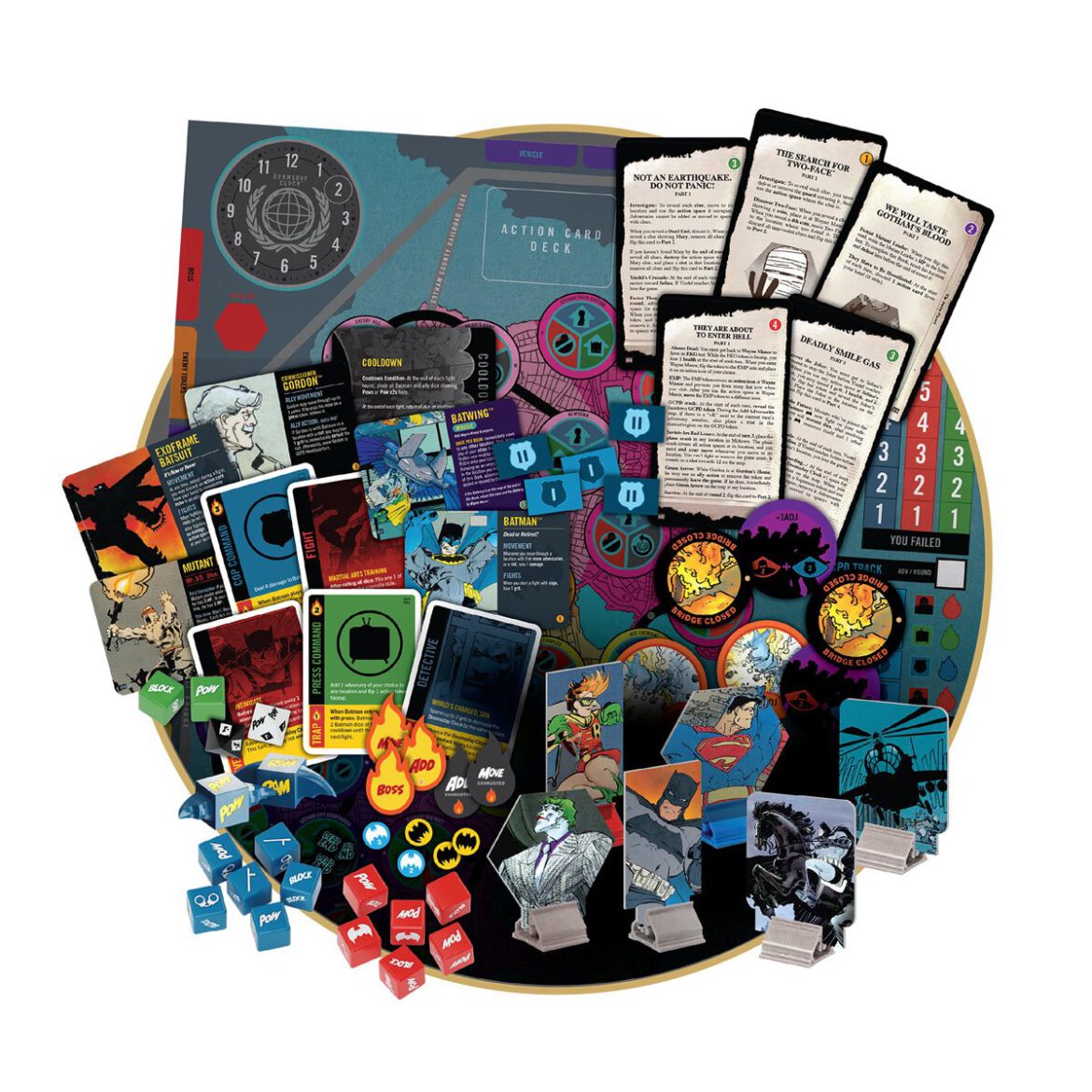 Earlier this year, Cryptozoic Entertainment released details for a Kickstarter campaign to fund a board game themed around Batman: The Dark Knight Returns. The campaign was successful and now preorders have opened up on various platforms for the game. The one or two player game is intended for ages fourteen and up and each game takes about ninety minutes to complete. There are two versions; a base version and a deluxe version, which includes seventeen detailed miniatures. The base version is priced starting at $65, while the deluxe version is priced starting at $110 with both versions expected to ship in early 2022. You can order the game at Entertainment Earth (base version or deluxe version) or Sideshow Collectibles (base version or deluxe version).

Batman: The Dark Knight Returns — The Game is a solo board game experience in which you don the cape and cowl and journey through Frank Miller’s iconic comic book series. Instead of traditional leveling up, this is a game of attrition. As Batman, you must come out of retirement and do everything you can to beat back a relentless tide of ruthless mutants, cops, and press looking to bring you down. Get ready to face villains like Two-Face, The Joker, and the leader of the Mutant Gang… as well as your powerful former ally, Superman!

The game is played over the course of four epic “Books,” with the results of each carrying over to the next. Each Book features unique rules, allies, abilities, and epic boss battles. You can also play each Book standalone, with setup instructions for easy, normal, and hard modes. There’s even a VS Mode that lets one player take control of Batman’s enemies.

The game is offered in a regular edition and a Deluxe Edition featuring 17 miniature figures designed in the distinct Frank Miller art style of the comic!