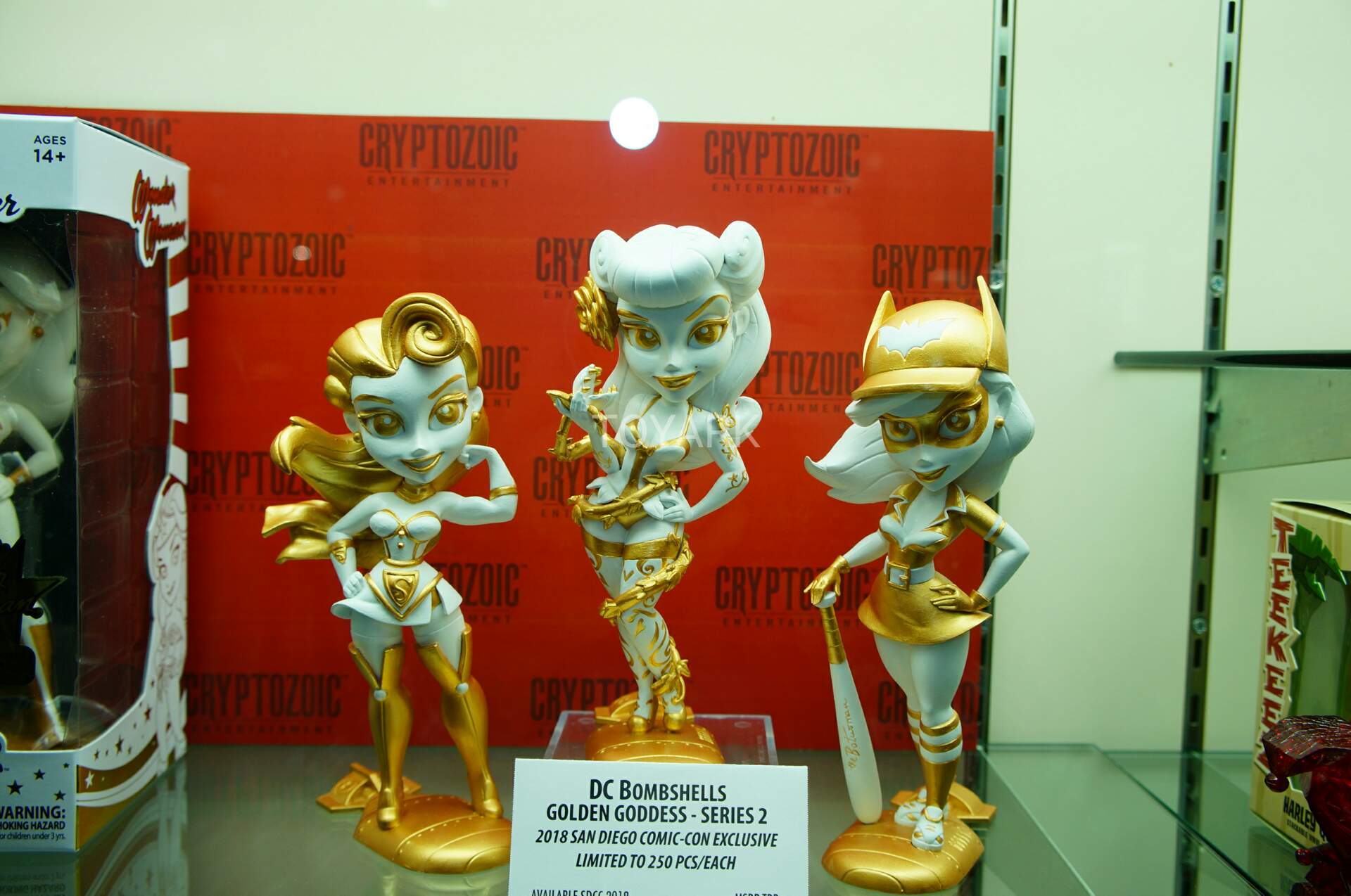 Cryptozoic had a ton of new products to show off at New York Toy Fair, including reveals of some of the upcoming convention exclusive releases. There is a lot to cover so thanks to Toyark for all of the details pictures.

Among the fabulous creations showcased, were two different versions of the Joker’s Calling Card statue (currently available), and the newly revealed Batman Batarang statue and Harley Quinn Puddin’ Pop statue, which will be available later this year. Also featured were the DC Bombshells Golden Goddesses series two figures. This set includes Batwoman and Poison Ivy. Each will be limited to 250 pieces each and be available at this year’s San Diego Com-Con.

We also saw DC Comics Lil Bombshell figures. The lineup includes Halloween Batgirl (exclusive to New York Comic Con 2018 and limited to 300 pieces). Part of the latest series of their blind tins, includes Batman, Batwoman,  Harley Quinn, Joker and Black Canary. These will release later this year as well. There will also be backpack clip versions of the Lil Bombshells which will release in blind bags and feature Harley Quinn, Poison Ivy, Batwoman, and Catwoman.

The DC Pumps, the line of character specific shoes, were shown including the rare variants featuring Catwoman and Batwoman. The exclusive Harley Quinn version of Harley Quinn was shown off as well as some deluxe versions of Catwoman and Harley Quinn.

DC TeeKeez were also on display including Obsidian Idol Batman (2018 SDCC exclusive) and Ruby Idol Harley Quinn (2018 NYCC exclusive). The second series of the line was revealed as well and will include Poison Ivy, Two-Face, and Catwoman. The series will release at the end of 2018. The new line of statues featuring various villains in a mugshot pose was shown which includes Catwoman, Joker, and two different versions of Harley Quinn. These are releasing at various times throughout 2018. Finally, new vinyl figures based on the Gotham City Garage versions were revealed. While they are just in the initial stages of creating them the series will include Batgirl and Harley Quinn.

Anything announced or shown that has you excited? Sound off below!