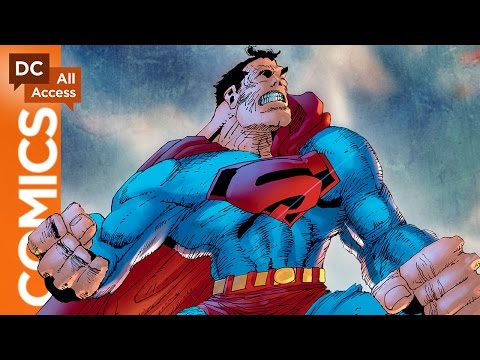 In the lead up to New York Comic Con, DC has released more information teasing the upcoming final chapter to Frank Miller’s The Dark Knight Returns series.  DC released via their press blog a glimpse at the mini-comic that will be published inside Dark Knight III: The Master Race co-written and drawn by Frank Miller.  The first 16-page mini-comic will star The Atom with each subsequent issue containing a one-shot story featuring the depiction of other DC heroes in the TDKR universe.

See the image of the Atom mini-comic and the teased inks from the interior of the book above and see a video of Jim Lee talking about the upcoming series and the interior art below.  Dark Knight III: The Master Race #1 is scheduled to be released November 25, with a oversized Collector’s Edition on December 9.