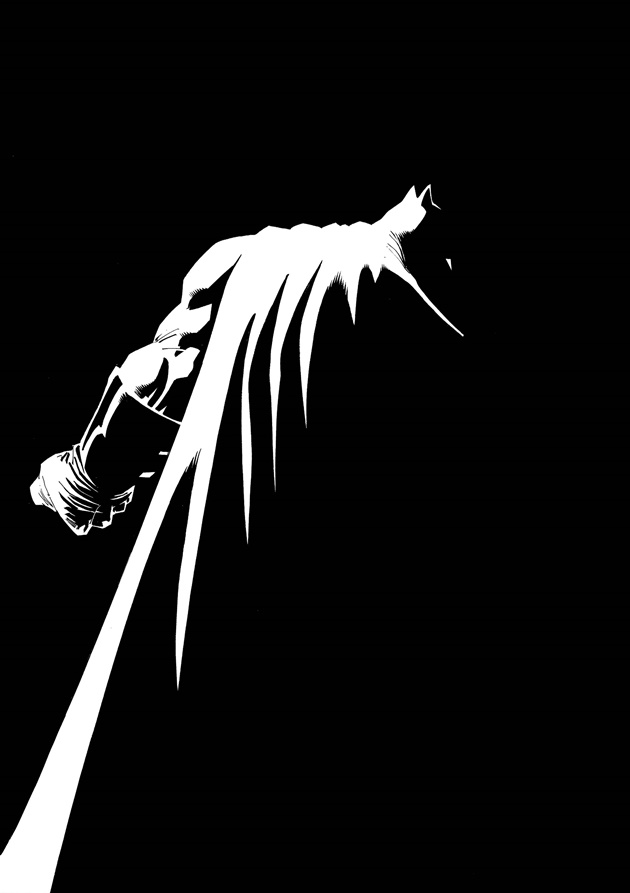 Via their media partner, Comics Alliance, DC has announced some new details about the upcoming series Dark Knight III: The Master Race ahead of the full November solicitations.

The Dark Knight III solicits confirm that each of the eight issues will have a 32-page main story written by Miller and Azzarello, with art by Andy Kubert and Klaus Janson, plus a 16-page backup story by a yet-to-be-announced team. (Miller fans are likely to get their hopes up that he might provide some of the art.)

In the regular, $5.99 version of the book, those backup stories will be in a mini-comic insert that will be bound into the issue. A few weeks after the regular release, DC will release an oversized “collector’s edition” of each issue, in which the backup story will be published in the same format as the main story. The first of those will retail for $12.99. Once all the collector’s edition issues have been released, DC will ship a slipcase that can house them all.

The regular edition of Dark Knight III #1 will be released November 25, with the special edition set for release December 9. Here are the solicitation details: