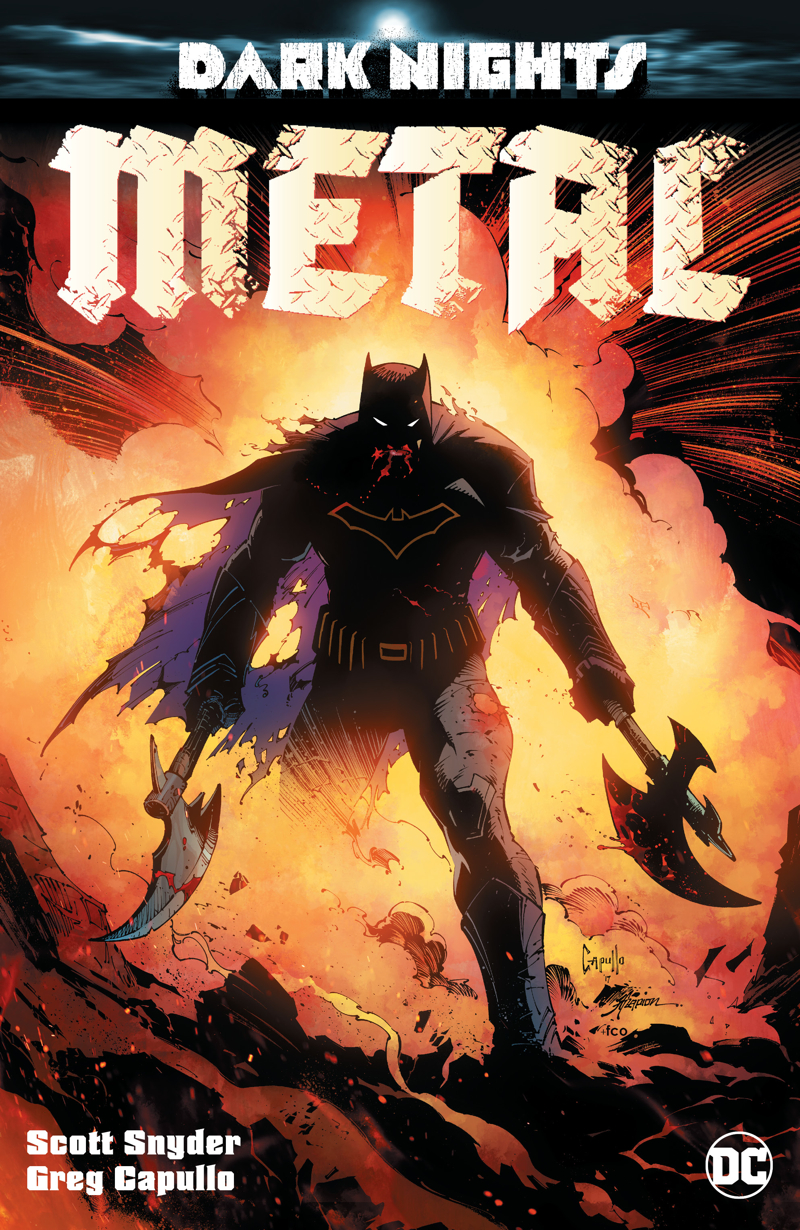 The project that will give us the reunion of Greg Capullo and Scott Snyder has finally been officially announced, and it is a DC crossover event titled Dark Nights: Metal. Joining Capullo and Snyder in the panel was Jim Lee, representing the art team for Dark Days, which will act as a prelude to the event.

With Batman at its core, this will be an overarching event including all of DC. The World’s Greatest Detective will be investigating a mystery that goes back to the beginning of the universe, seated in human history. It is of such a big scale that it might be the one case that Batman won’t want to solve, as Snyder teases. The one-shots, Dark Days: The Forge and Dark Days: The Casting, will introduce all the basic elements to Dark Nights. The event was described by the creative team as cosmic and bonkers. Snyder has said that it will involve scientific theories such as dark energy and dark matter, hence the Dark in the title, while also having lasers, robots, and dinosaurs. Its plot will weave a lot of storylines previously told, picking up loose threads and Easter eggs from the past six to seven years of DC continuity. Hawkman was mentioned a number of times during the panel, and it seems his mythology will play a big part in the plot.

Specifically on Batman, Snyder will be drawing elements not only from his own run, but also from the current Rebirth storyline and, more surprisingly, Grant Morrison’s pre-New 52. Morrison’s characters have already been showing up in Rebirth, with Dr. Hurt and Professor Pyg appearing in the current Nightwing arc.

Beyond the big announcement, Jim Lee’s pencils for the cover of Dark Days: The Casting was also shown off (seen to the left), showing the heroes in a war zone. The big tease though is the fact that on the forefront and apparently fighting alongside Batman is the Joker. Since they are going to be weaving DC’s loose threads, this might be related to the Three Jokers mystery. Being Lee’s art, there is no need to say that it looks incredible.

Dark Days, written by Scott Snyder and James Tynion IV with art by Jim Lee, Andy Kubert, John Romita Jr and others, will come out in June (The Forge) and July (The Casting) as one-shots. Dark Nights: Metal, written by Scott Snyder with art by Greg Capullo, Jonathan Glapion and Francisco Plascencia, will start in August and be released on a monthly basis for six issues.