Evil Versions of Batman Spawn Out of Metal 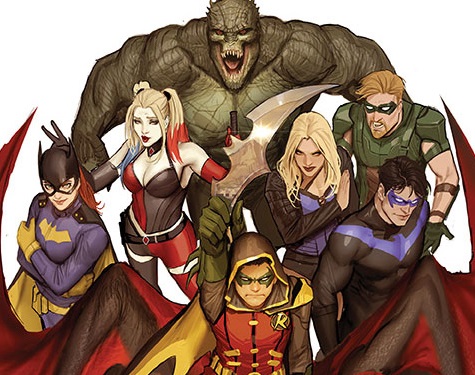 DC Comics has announced that beginning this September new versions of Batman will emerge from the Dark Nights: Metal event that will be straight evil. Each ar featured in their own one-shot that will release in either October or November. The official details for who will be writing which one-shot was revealed by DC via press release:

Each one-shot will be priced at $3.99 and feature a special foil stamped cover done by Jason Fabok. Also announced was a team of characters that will help take down villains from the DC Universe that are affected directly by the presence of the evil Dark Knight versions. The team, called “Gotham Resistance”, will have its own story take place in Teen Titans #12 written by Benjamin Percy with art by MIrka Andolfo (on sale September 13), Nightwing #29 by Tim Seeley and Paul Pelletier (on sale September 20) and Suicide Squad #26 by Rob Williams and Stjepan Sejic (on sale September 27).

What do you think of evil versions of Batman debuting in the DC Universe?