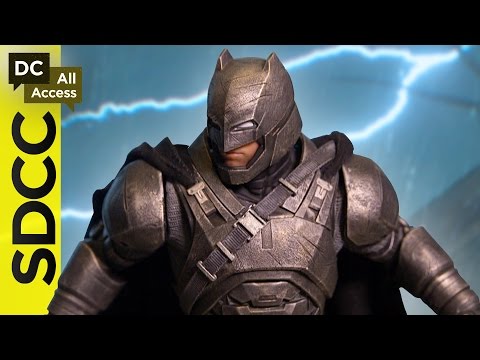 The first episode of DC All Access from Comic Con International has released. The video showcases some of the highlights that fans will be able to see when going to the DC Entertainment booth. It also shows off the trailer for the Batgirl DLC for Batman: Arkham Knight that was released yesterday. After that, they showed off some of the newly announced DC Collectibles as we showed you earlier. Then they talk about the newly announced mini-series that were announced on Monday. Next they go behind the scenes for the Batman animated figure commercial that was released earlier today. Finally they showcase some of the swag from the con.