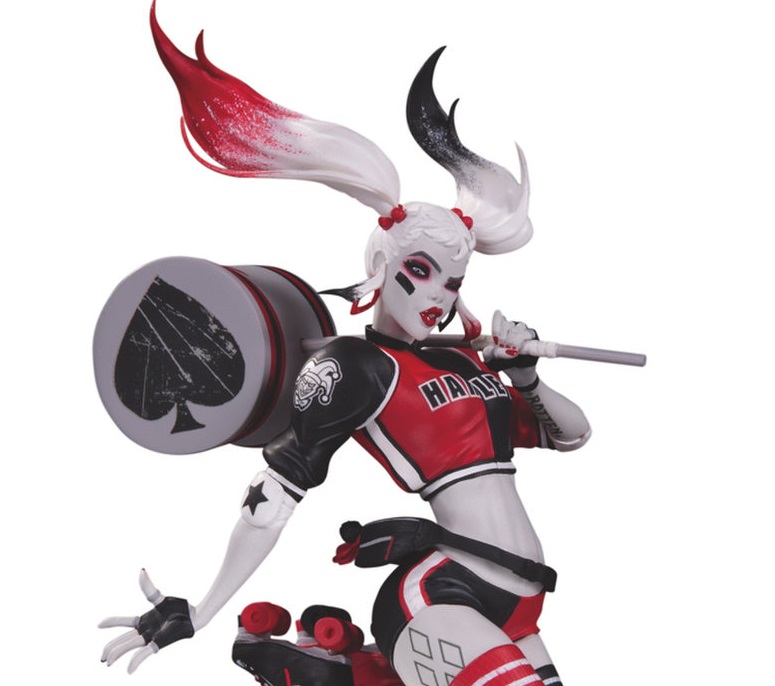 DC Collectibles has released their part of the monthly solicitations for items that are expected to be in stored Spring 2018. Below are all of the items related to The Batman Universe. Based on Babs Tarr’s HARLEY QUINN #1 variant cover comes this exciting statue of the Clown Princess of Crime.
Limited Edition of 5,000
Measures Approximately 8.35 inches Tall
$80.00 US • On Sale APRIL 2018 The ultimate battle of good against evil comes to life with the BATMAN VS. THE JOKER LAFF-CO BATTLE STATUE. The Caped Crusader and the Crown Prince of Crime square off on the rooftop in this premium polyresin statue.
Limited Edition of 5,000
Measures Approximately 13.50 inches Tall
$200.00 US • On Sale MAY 2018 Jonathan Matthews has sculpted some of DC Collectibles’ most popular collectibles ever, and now he’s the first to design, sculpt and paint his own BATMAN BLACK & WHITE statue!
Limited Edition of 5,000
Measures Approximately 9.20 inches Tall
$80.00 US • On Sale MAY 2018