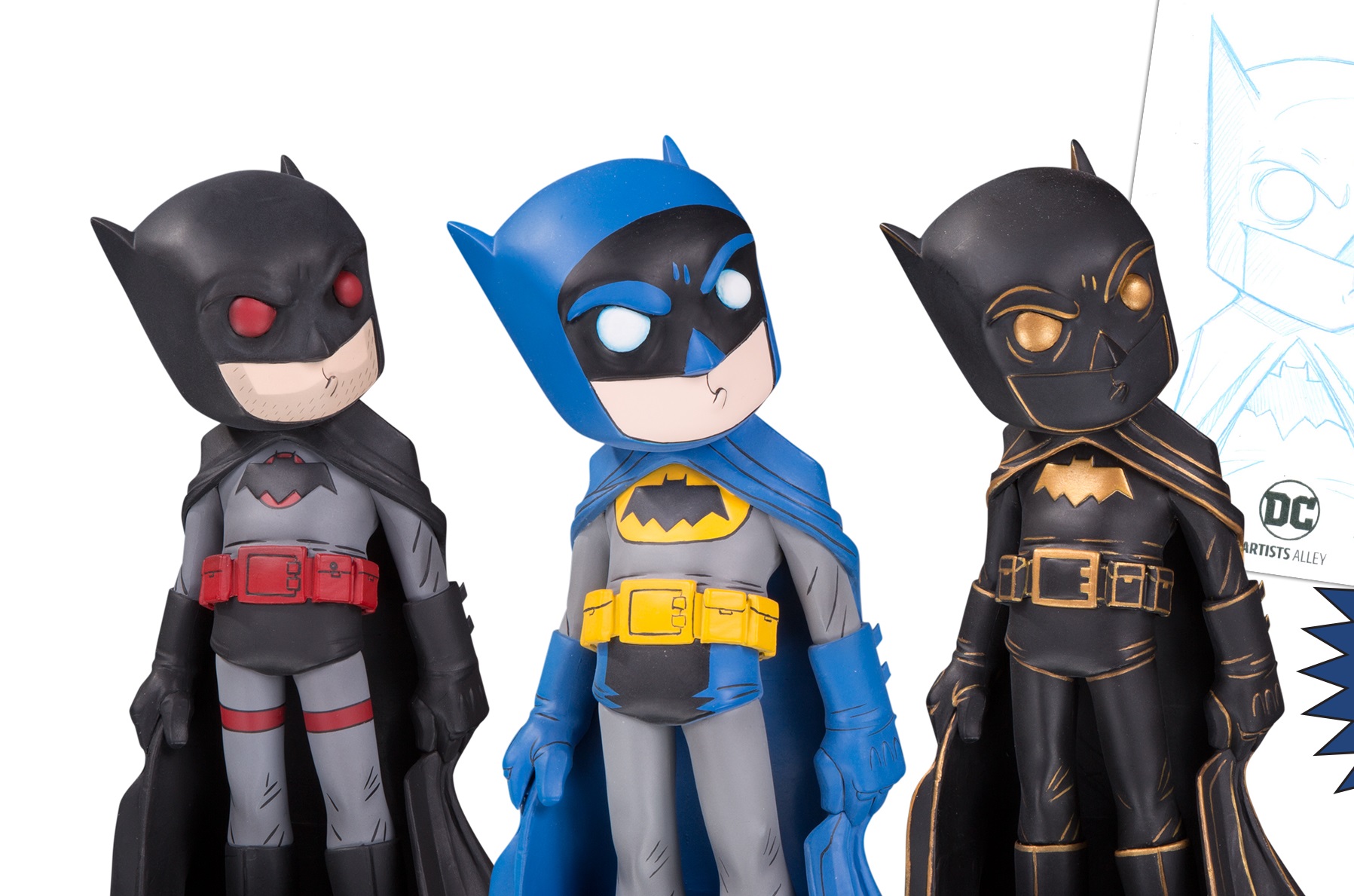 One of the highlights of attending San Diego Comic Con in person is a chance to pick up exclusive variants of comics, toys, and collectibles. One such variant appearing this year are a collection of DC Artists Alley: Batman vinyl figures by Chris Uminga. For those unfamiliar with the line, DC Collectibles states:

The artist-focused 6.75’’ designer vinyl line is inspired by the popular “Artist Alley” convention experience and allows innovative artists to put their eccentric spin on DC’s most popular characters. The Comic-Con 2018 exclusive figures are sculpted by Joe Menna and painted by Michael Cowart. Each edition includes three Batman character art cards and is offered at varying limited quantities ranging in price from $60-$100. The ultra-limited Matte Black and Gold variant features an additional original sketch of either Batman, Superman, Wonder Woman, or The Joker, hand drawn by Uminga.

Any leftover figures will go up for pre-order after the show, but your best chance of nabbing one of the variants will be attending the convention in person.

Which variant are you most likely to buy? Let us know in the comments!