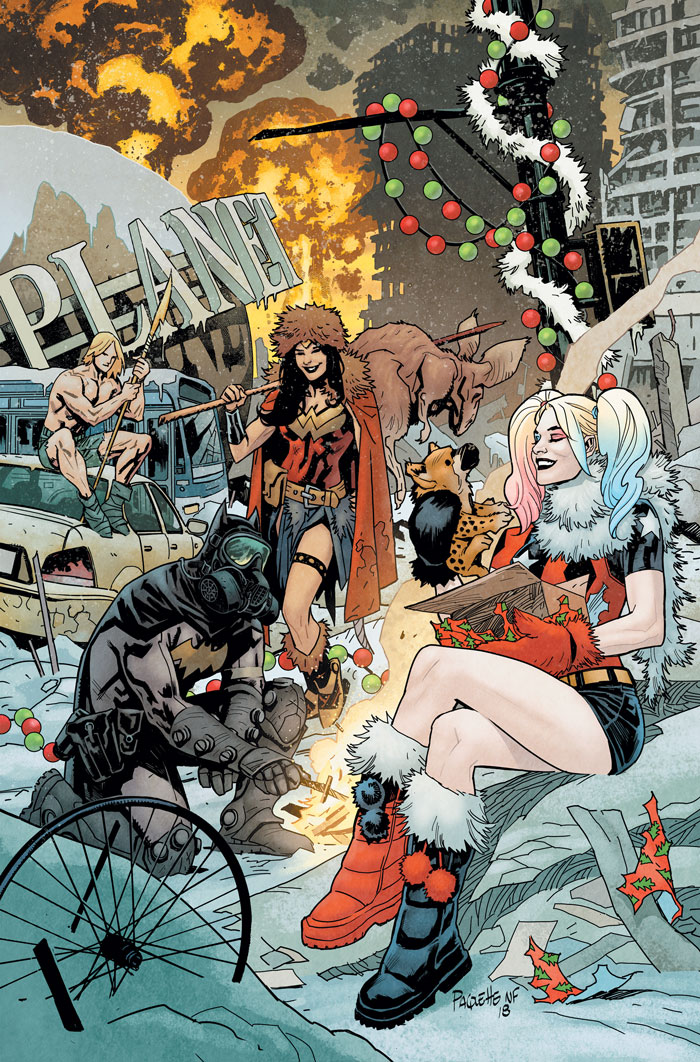 Winter can be a trying time with sub-zero temperatures and seemingly endless snowfall, just ask some of the staff from The Batman Universe. DC Comics is upping the ante this year by bringing nukes into the equation in DC Nuclear Winter Special #1, an 80-page one-shot written by Paul Dini, Steve Orlando, Phil Hester, Mark Russell, Mairghread Scott and others with art by Cully Hamner, Phil Hester, Giuseppe Camuncoli, Yasmine Putri and more. According to the official solicitation:

The holidays are tough enough as it is, but when you’re living in a post-apocalyptic wasteland (or, you know, 2018) the world can seem bleaker than ever. So do yourself a favor this holiday season, break out your best eggnog and enjoy 10 all-new stories featuring the World’s Greatest Heroes, including looks at the futures of Batman, Superman and the Flash, as well as many more denizens of the DC Universe.

The description makes it seem like the future may be a wasteland, but that won’t stop our heroes from protecting us from what I can only assume is an army of mutants and gangs of heavily armored thugs among whatever else the Fallout video game series has prepared us for.

DC Nuclear Winter Special #1 will go on sale November 28. Hopefully, a blizzard won’t hit until after you pick up the book so you can read it instead of trying to shovel your way out of the house.