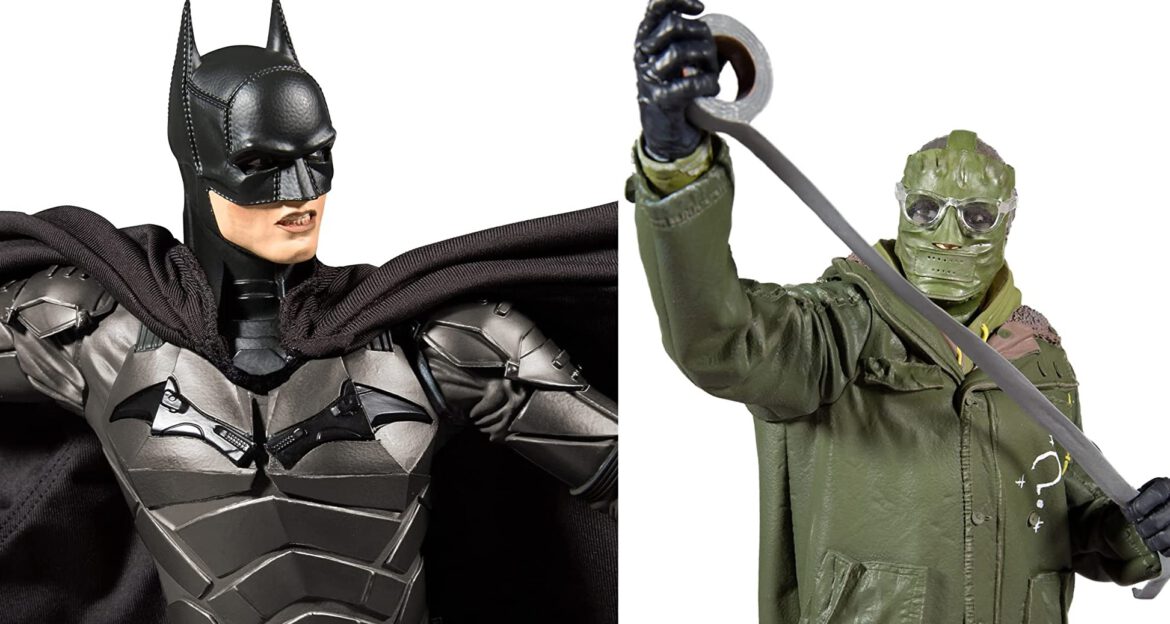 McFarlane Toys has announced their next DC Direct offerings, which will feature resin statues featuring Riddler and Batman from The Batman. The one-sixth scale statues feature amazing likeness to their movie counterparts, and Batman has a poseable cape. Both statues sit atop the movie logo as a base for the statue. Each of the statues s priced at $170 and are expected to ship in April 2022. You can preorder both the Batman and Riddler DC Direct statues from either Entertainment Earth or Amazon by using the links below.

The Batman is two years into his role as Gotham’s embodiment of vengeance – a nocturnal vigilante who strikes fear in the hearts of criminals. A reclusive scion of Gotham’s richest family questioning his family’s legacy, The World’s Greatest Detective stalks the streets at night employing a lethal combination of mental mastery, physical strength, and expert technology on his journey to becoming the City’s symbol of hope.
Product Features: Based on the costume from The Batman movie. 1:6 scale highly detailed resin statue. High-end deco and sculpt detail. Poseable fabric cape. Movie logo serves as the statue’s base.
Price: $169.99
Preorder now at Entertainment Earth or Amazon

The Riddler has quickly established himself as Gotham’s deadliest threat yet. This enigmatic, masked killer has devised a sinister series of puzzles and torturous devices to entrap Gotham’s elite and publicly unmask the city’s darkest truths.
Product Features: Based on the costume used in The Batman Movie. 1:6 scale highly detailed resin statue. High-end deco and sculpt detail. Movie logo serves as the statue’s base.
Price: $169.99
Preorder now at Entertainment Earth or Amazon