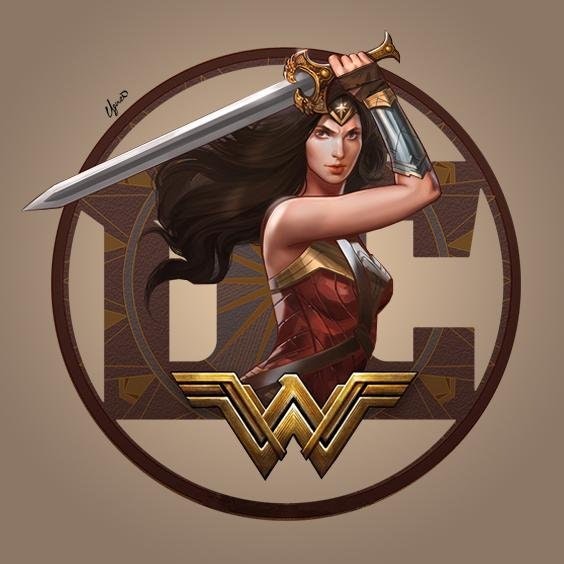 While the news has been light and we didn’t have an update last week, here is the latest update of the announcements and rumors that have released from April 27-May 10.

First up is the big rumor of the week: Flashpoint as a film is not happening, instead the movie will be strictly a solo affair for the Flash. And you’ll never guess the reason for the dramatic shift in the film. Yep, it all apparently has to do with Ben Affleck quitting as Batman. The character would have been central to the story so without the actor committed, it seems like the movie has gone in a different direction instead worrying about who would replace Affleck in the role. On the one hand, I’m glad they’re scaling back the movie to focus on Barry Allen rather than creating another team-up movie, and I’m assuming the reasoning behind the change has less to do with Affleck and more to do with the failure of Justice League. Warner Bros. is wise to try and get another financial and critical hit using a solo character much in the same way they did with Wonder Woman and how Marvel has done with Black Panther. It would be odd for DC and Warner Bros. to create a universe changing movie like Flashpoint when they haven’t fully succeeded in the creation of the current universe. Give the characters time to breathe on their own before bringing them back together.

Next up is a rumor going around that Peter Jackson, famed director of the Lord of the Rings trilogy, is thinking about which project he wants to take on next, either working on Amazon’s Lord of the Rings series or taking on a DC movie. Now there is no concrete evidence to what movie he would be directing or anything beyond mere speculation at this point but it would be interesting to see the director, who knows how to handle a big budget epic film, help course correct some of Warner Bros. past mistakes.

Meanwhile over in Aquaman news, Jason Momoa and James Wan were recently interviewed by MTV News and had some thoughts about the new film. Momoa said:

Justice League was like college. I’m not really sure what Aquaman was, it’s just all on my shoulders. I had a great time. I think in Justice League, you had five other characters around you suffering equally the same, so it was kind of fun to endure that. And then you know got me ready to do my solo movie which was challenging and tough and hard and super satisfying.

Meanwhile Wan spoke about his inspirations for the film:

What inspired me were all the older, classic action-adventure films that [Steven] Spielberg used to do, actually. And I kind of try to draw from that mentality, the idea of ‘awe’ and ‘wonderment’ that we used to see in those kind of films,” said Wan. “And I really wanted this movie to have that kind of magic heart, that wish fulfillment that we all have. What if we have the ability to just swim anywhere, right? Just hang out on a desert island in the middle of nowhere and just chill. And so I try to capture some of that spirit.

There is definitely a lot of passion for the film so it may turn into something truly unique and successful for Warner Bros. and DC. Now we just need to get a trailer!

In a tiny bit of Man of Steel 2 news, Mission: Impossible – Fallout director Christopher McQuarrie has said that he’d be up for directing the sequel film if Henry Cavill asked him to. Not that the decision of director would be up to Cavill, but it’s nice to see there is still chatter about the film. Hopefully Warner Bros. is listening.

It wouldn’t be a news roundup without at least something from the set of Shazam! and this week we’ve learned that Asher Angel who portrays the young Billy Batson has wrapped filming on the movie. The actor posted on Twitter:

That’s a wrap on Shazam! What an experience – so lucky to learn from the many talented, encouraging and generous professionals both in front of and behind the camera. It truly takes a village. I can’t wait to share and see you all soon!

In Batgirl news we’ve got a new rumor that Lindsey Morgan (The 100) is in talks to take on the role of Barbara Gordon in the new movie. Now the news comes from the tweet of a fan account for the actress stating that she auditioned for the role and is now waiting on producers. If she does get the role it may also mean she will play the character in Birds of Prey which will reportedly introduce the character in the DCEU.

Speaking of Birds of Prey it looks like Margot Robbie pitched the film as an R-rated girl gang movie. She told Collider:

I pitched the idea of an R-rated girl gang film including Harley, because I was like, ‘Harley needs friends, Harley loves interacting with people, so don’t ever make her do a standalone film. She’s got to be with other people, it should be a girl gang. I wasn’t seeing enough girl gangs on screen, especially in the action space. So that was always a big part of it.

Also of note is that Robbie went on to say she was never actually a part of the development process for Gotham City Sirens or the Joker and Harley Quinn film. Her focus was always on Birds of Prey. Now I highly doubt Warner Bros. is going to go through with giving the film an R rating when Suicide Squad was rated PG-13 along with reports that the studio wants to use the film as a launching point for Batgirl. Still, with the success of Logan and Deadpool, we may see Robbie get her wish.

That’s all for this week. Are you glad Flashpoint is back to focusing on the Flash or would you rather see another event movie in the vein of Justice League? Sound off in the comments below!