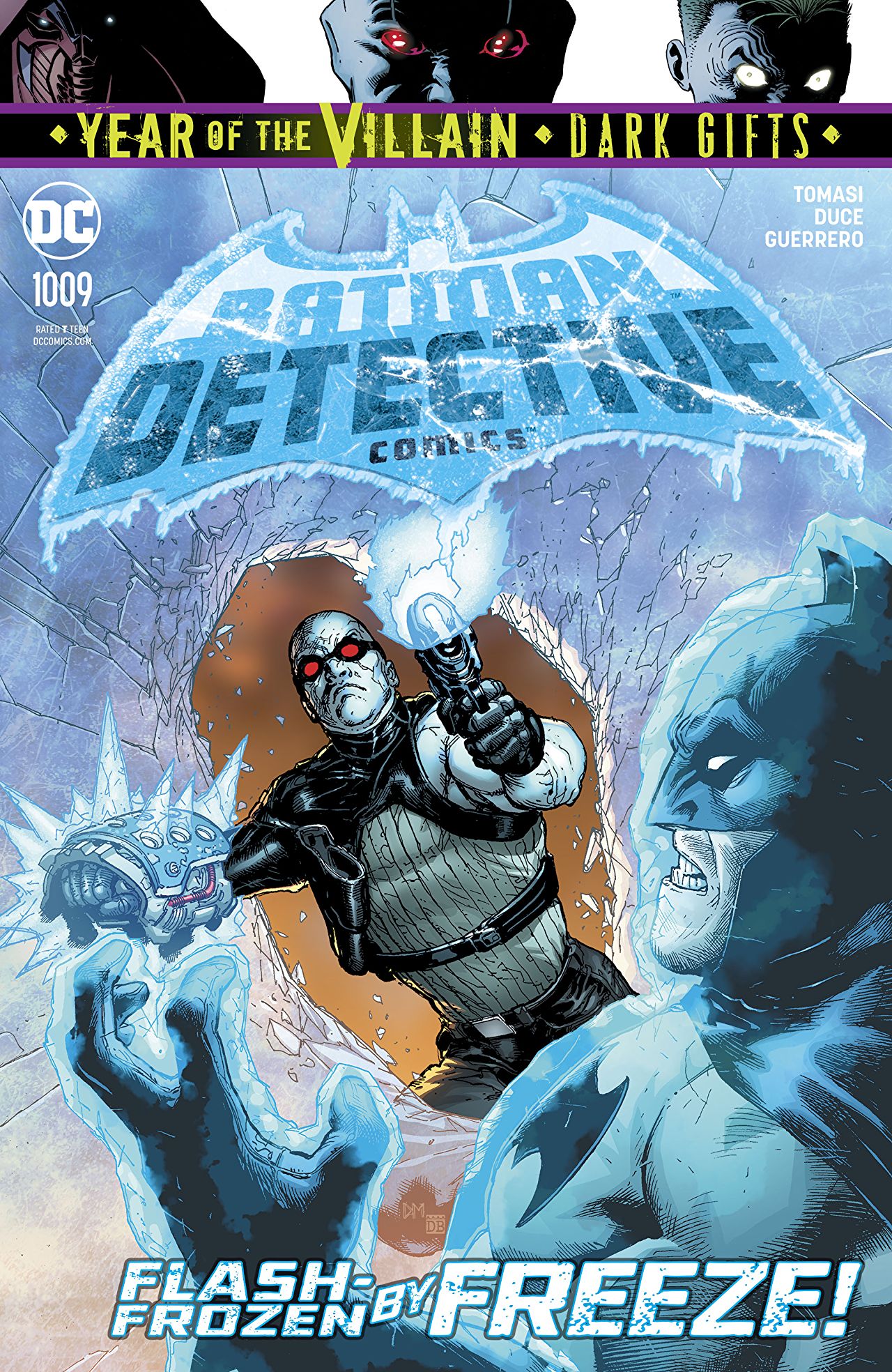 Overview: After nights of constant work, Batman must hang up the cowl and attend to his duties as Bruce Wayne. Just when you’d think our hero’s safe, Bruce Wayne finds himself as a target.

Synopsis (spoilers ahead): Alfred informs an overworked Batman that he’s been working tirelessly every night, stopping every crime he possibly can. In doing so, Batman is tiring himself to the point of exhaustion, but isn’t afforded the luxury of rest, as Bruce Wayne has a heavy schedule of business meetings ahead of him.

Elsewhere, we cut to a scene of Deadshot shooting bottles for practice before a mysterious man descends from a plane. Deadshot has been expecting him – he has been hired for a mission that requires a thumb drive. After receiving the drive and ensuring the money for the job has been deposited into his account, Deadshot kills the messenger – an order from his enigmatic benefactor.

We cut back to Gotham National Bank Headquarters where a business meeting is occurring regarding Wayne Enterprises. Bruce comments on how boring the proceeding is, wrapping the meeting up swiftly by giving Lucius Fox control of the whole environmental initiative for the company. Bruce then asks Lucius to arrange a single jet for all the CEOs that attended the meeting.

One hour later, Bruce and company are arriving at the jet. As they board and settle in, business proceedings continue. This bores Bruce once again, who regrets the corporate gathering. Next, we see the captain and co-pilot preparing for take-off until the co-pilot reveals he was wearing a disguise, aiming a gun at the captain. Ensuring the plane will fly on auto-pilot, he changes into his work attire, revealing his identity to be that of Deadshot.

Deadshot storms down the aisle to demand that Bruce and the other CEOs keep in an upright position. Suddenly, lightning strikes the plane, careening everything into chaos. Bruce assists Lucius with his belt before helping two of the other CEOs. Unable to fly, the plane crash lands on an island. Deadshot is cast from the plane as it collides with the earth, leaving our hero and his company in peril.

Lastly, we cut to a short teaser in the Gotham Pine Barrens, where Mr. Freeze is seen standing beside his frozen wife. As he pines for her, ominous machines appear around her, where he proclaims that they will soon be together again.

Analysis: I approached this issue with an open mind. I didn’t particularly enjoy the two-part Spectre story, nor did I love the Joker story last issue, so I was excited to delve into this new Mr. Freeze story. While the cover is quite misleading, I ended up enjoying the issue. It’s a breath of fresh air to see the day-to-day life of Bruce, and Tomasi’s interplay between Bruce and Alfred is always a pleasure. I believe Tomasi writes some of the most natural, engaging dialogue in comics, and this is on display here. He also gets to portray a side of Bruce that is often reticent – his “playboy” persona. Tomasi nails this, demonstrating Bruce’s acting ability.

The issue falters with its villains. I was really anticipating more with Mr. Freeze (and considering the cover, I don’t think I will be in the minority) but he is relegated to a couple of pages at the end of the issue. Our central villain is Deadshot – a villain I’ve never been fond of, but I’m willing to see how his influence will affect the story. His involvement is something different, and I like how Tomasi teases “the man behind the curtain pulling the strings”.

Duce provides solid, clean pencils that are in line with a more traditional house style. His portrayal of Batman surveying Gotham is an easy highlight, with bold linework that conveys relentless determination.

Final Thoughts: Imbuing me with a new sense of optimism for Tomasi’s run, I’m curious to see what comes next for our stranded hero and the villains at play.