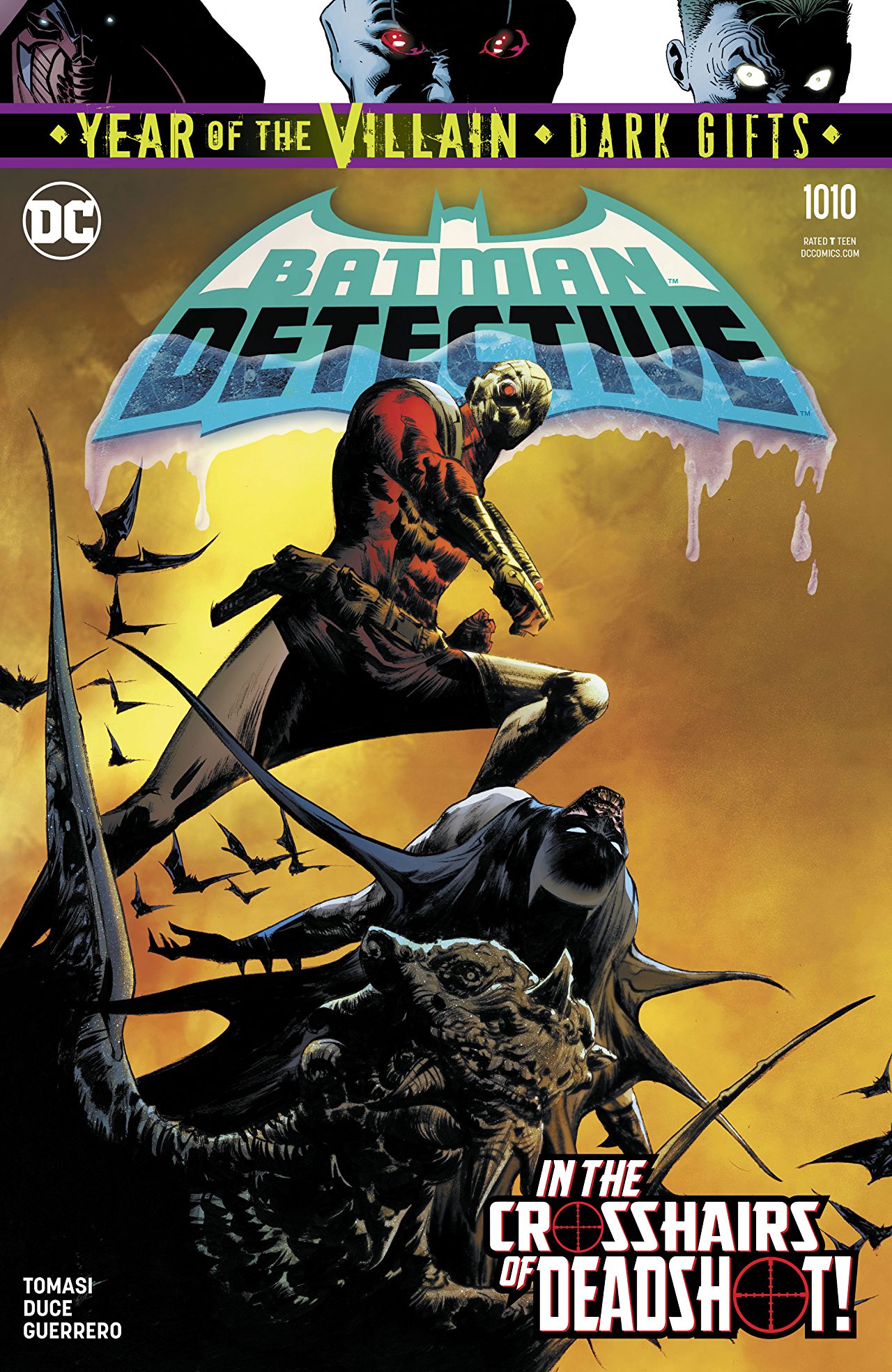 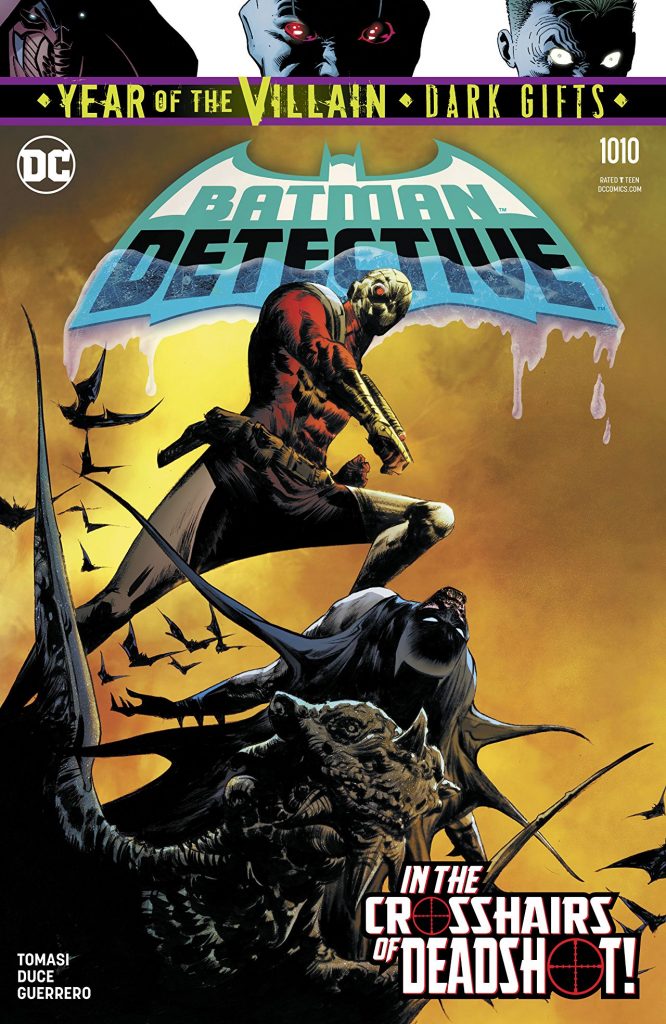 Overview: Marooned and abandoned, it’s our hero and his band of CEOs against Deadshot and the wild before them!

Synopsis (spoilers ahead):  We return to a non-descript island in the Pacific where two aged and unkempt men muse about the crashing plane they witnessed. Far from the wreckage, they stumble across an injured and unconscious Bruce Wayne. Working together, they lift him up and move him to safer grounds.

Back at the wreckage, we find Deadshot and his captives. In a display of skill, Deadshot shoots a stray rattlesnake before it can strike at one of the captives. One of his hostages lashes out at Deadshot, where he reveals he was paid to kidnap him. He can’t be blamed for mother nature lashing out against them. This woman proclaims her dismay, stating that she isn’t afraid of Deadshot. With a shot just inches away from her face, Deadshot demonstrates why they should fear him…and why he is in charge. While it looks like our captives will comply, nature seems to have different plans. A black panther strikes as a full moon illuminates the chaos. With ferocity the panther mauls Deadshot, drawing blood. After a struggle, Deadshot breaks free and shoots the beast. Wounded, the panther retreats.

Next, we cut to a now conscious Bruce sitting with the two gentlemen that saved him; Hiroshi and Clarence. Thanks to a medicinal combination of jungle berries and bark, Bruce is upright by the fire. He learns that these two men had fought against each other in World War II, and have been marooned here ever since, completely isolated from society. They talk about the outcome of the war, and about the results of the World Series’ over the years. Bruce repays their kindness with his knowledge, listening to their story about the dogfight that led to their arrival on the island. As they speak, Tanaka – the black panther from the prior scene– arrives, wounded from the battle before. Hiroshi tends to Tanaka, as he does for many animals on the island. The two men are concerned about how this could have happened, but Bruce knows exactly who caused this. He states that he needs to borrow some equipment, standing triumphantly.

We cut back to Deadshot and his prisoners who refuse to talk to him. Deciding to catch some dinner, Deadshot shoots what he believes to be a monkey. As he walks out to find his prey, he finds a different beast entirely. Standing on a tilted branch is Bruce, donning a dark costume that resembles a black overcoat with goggles and a familiar-looking cowl. A fight ensues, and Bruce gets struck by a falling tree – a tree Deadshot specifically shot to incapacitate Bruce. As he tries to rise, Bruce sees the captives calling out for liberation. A sense of justice takes over as Bruce darts towards them. We end with Deadshot locking his aim upon Bruce, stating that the prisoners were only the bait.

Lastly, we see a two-page sequence of Mr. Freeze with his wife. Partially thawed, he kisses his forehead and holds her hand as he reluctantly allows the glass to encase her once more. His faith will not be deterred.

Analysis: Titled “The Brave and the Old” we are presented with a story that happens to include some of Tomasi’s more usual trappings. Throughout his Superman run, we discovered that Tomasi has a fondness for American history, and that is on full display here. Bruce plays second fiddle to our two new introduced gentlemen, and while their story is tragic, I didn’t find it particularly compelling.

The main plot with Deadshot hardly moves forward, feeling stagnant as we focus on these new supporting characters. I do appreciate seeing Bruce as a hero outside of Gotham, able to compile the resources he must accomplish what needs to be done. I also appreciate the subtle nuance Tomasi has with Bruce – knowing a variety of trivial World Series outcomes is a testament to the reservoir of knowledge that Bruce contains. (I also liked the mention of red skies – an alluding to a Crisis). However, these quieter moments don’t excuse slow pacing and a lack of Batman within the pages of a Batman centric comic.

Perhaps I am a little frustrated that this story was billed as a Mr. Freeze Year of the Villain tie-in event when he is still relegated to only two pages (and no progression). I am far more interested in the Mr. Freeze story, and we’ve only gotten a handful of pages so far. This is concerning.

Final Thoughts: While there are moments that display a deep understanding of our titular character, “The Brave and the Old” suffers from poor pacing and a bizarre focus on ancillary characters.