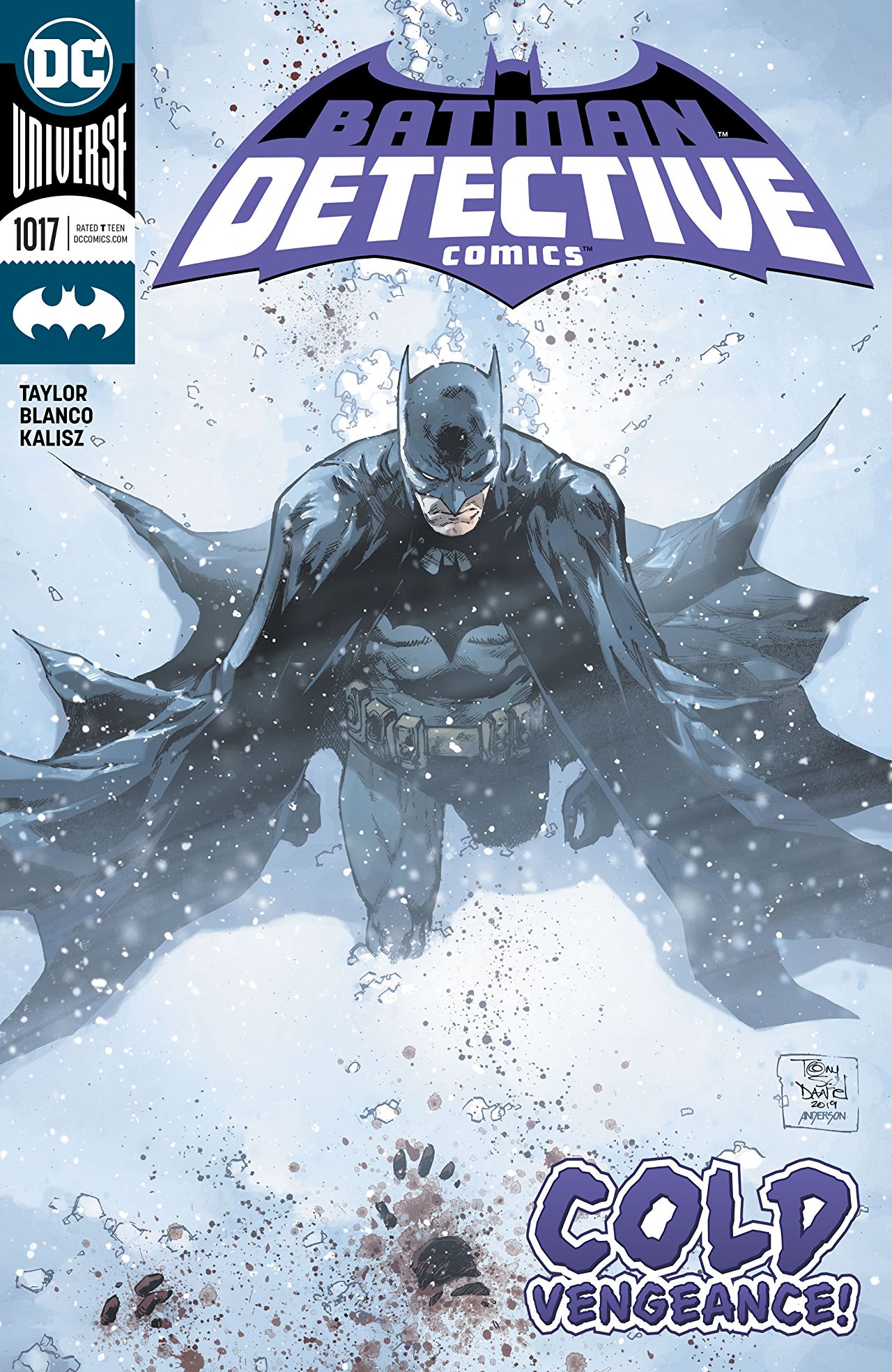 Overview: Batman must go undercover as Bruce Wayne to investigate a case of mysterious disappearances at an orphanage that bears his mother’s name.

Synopsis (spoilers ahead): Wayne Manor. Then. Little Bruce Wayne hides in a tree because he doesn’t want to visit the orphanage with his parents. When Martha Wayne asks him why, he tells her that they make him sad.

“Bruce, the orphanages make me sad, too,” Martha replies. “But that’s why they’re so important. They have so little, and we have so much.”

The Waynes attend a ribbon-cutting ceremony for the Martha Wayne Orphanage. Martha cuts the ribbon while a crowd of children cheers for Gotham’s first family. Even Bruce manages to smile.

Years later, a teenager hops the gate and escapes from the Martha Wayne Orphanage. He cuts his knee upon landing and runs off into the cold, snowy night.

At the Batcave, Batman is researching threatening messages left by former Black Mask gang members. Lucius Fox interrupts Batman to inform him of the escaped teen. The teen’s name is Miguel, and he’s the third runaway this year. Since Martha Wayne’s name is on the orphanage, Lucius thought Batman, or Bruce Wayne rather, would like to investigate.

The next day, Bruce Wayne arrives at the orphanage with equipment for a new science and arts center. He presses Mr. Morrison, the head of the orphanage, for any information about the runaway. Bruce sees surveillance footage of the escape and notes the fear in Miguel’s face.

That night, Batman reaches out to Damian for help on this case. The two have an uneasy conversation about Batman’s isolation from the Bat-Family before Damian finally agrees to help. For eight nights, the two search Gotham for Miguel’s whereabouts as the temperature drops lower and lower.

On the eighth night, Damian finds Miguel lying in the snow. It’s ten degrees outside, and Miguel is suffering from severe hypothermia. Batman and Damian rush Miguel to the hospital, and along the way, Miguel reveals that he ran away because children have often mysteriously disappeared from the orphanage.

Later that night, Miguel dies, and Batman and Robin are left distraught and defeated. Batman checks the records of children at the orphanage. There’s no obvious sign of foul play, but then Batman notices how meticulous the records are. Mr. Morrison has been keeping track of measurements, weights, allergies, academics, and social progress for years after the children are adopted or leave the facility. It strikes him as strange, and there’s one other problem. The numbers don’t match up. There are children who appear in the orphanage photos that are unaccounted for.

Mr. Morrison reveals that he’s been strong-armed into selling the children to some shadowy group of people. Bruce calls the police, and Mr. Morrison is arrested.

Two months later, Bruce and Damian show up for the grand reopening of the orphanage. This time Miguel Flores’ name is also on the building.

Analysis: Lately, most Batman stories have revolved around large-scale threats like the City of Bane, the events of Year of the Villain, or fallout from the Dark Multiverse. Batman’s either busy “stopping the bad guy” or heavily focused on his own personal needs and desires. But not Detective Comics #1017. We haven’t seen a Batman story like this in quite a while, and it’s refreshing in all the right ways.

This one-shot by Tom Taylor and Fernando Blanco is a return to Batman’s street-level, selfless roots that serves as a reminder of why we love this character. Gone is the melodrama of Batman’s personal crisis with his father from another dimension or his on-again, off-again relationship with Catwoman. Instead, we see a classic characterization of Batman as the protector, as the hero looking out for each and every one of us. Through his eyes, we see that the most helpless among us matter, that we, as readers who look up to him, matter.

Early in the issue, Taylor and Blanco show us an exchange where Lucius Fox is hesitant in interrupting Batman while he’s tracking down a potentially catastrophic, city-wide threat from Black Mask. At first, Batman is dismissive when Lucius delivers the news of a runaway orphan, but once Lucius makes the connection to the Wayne name, we see this disarming of Batman as the worldwide/multiverse-spanning guardian we’ve seen so much of as of late. Batman becomes Bruce Wayne, a fallible man again, and in turn, becomes the embodiment of the protector he swore to become when he was orphaned himself.

It’s beautifully done, and Blanco’s art has a more human-like quality that helps push this idea forward that Batman is a person too — that he feels as we do and lives in a Gotham where each person matters. When Batman fails midway through this issue to save Miguel, the art pairs well with Taylor’s words in making the weight of Batman’s loss resonate with readers. Panel after panel of an ever-growing snowstorm builds up tension as Batman and Robin search for the runaway, and just as we’re relieved to see Miguel is still alive, Blanco pulls the rug out from under us in the most touching way. The rug is pulled with glances and somber looks away as a heartbeat monitor beats slower and slower. It’s more impactful this way and evokes an emotional response only comics can evoke.

Taylor and Blanco expertly play with our emotions throughout this issue in a way few creative teams can. Taylor, in particular, has a reputation for bringing his audience to tears in the most beautiful and heart-wrenching ways, and Detective Comics #1017 is another stand-alone issue that lives up to that reputation. The pairing of this more emotional and heartfelt style with Batman refocuses the character as a hero who truly cares. In an era where Batman is most commonly known for his torment and darkness, this type of storytelling reminds us that he’s a hero of light, a human like us guiding the way forward with empathy and love.

Final Thoughts: It’s been a while since I’ve read an issue that reminds me of all of the reasons why I am fascinated with Batman, but this issue is the near-perfect reflection on what it means to be a hero, and more importantly, it’s a meditation on what Batman means to his fans. I would expect nothing less from Tom Taylor and Fernando Blanco.