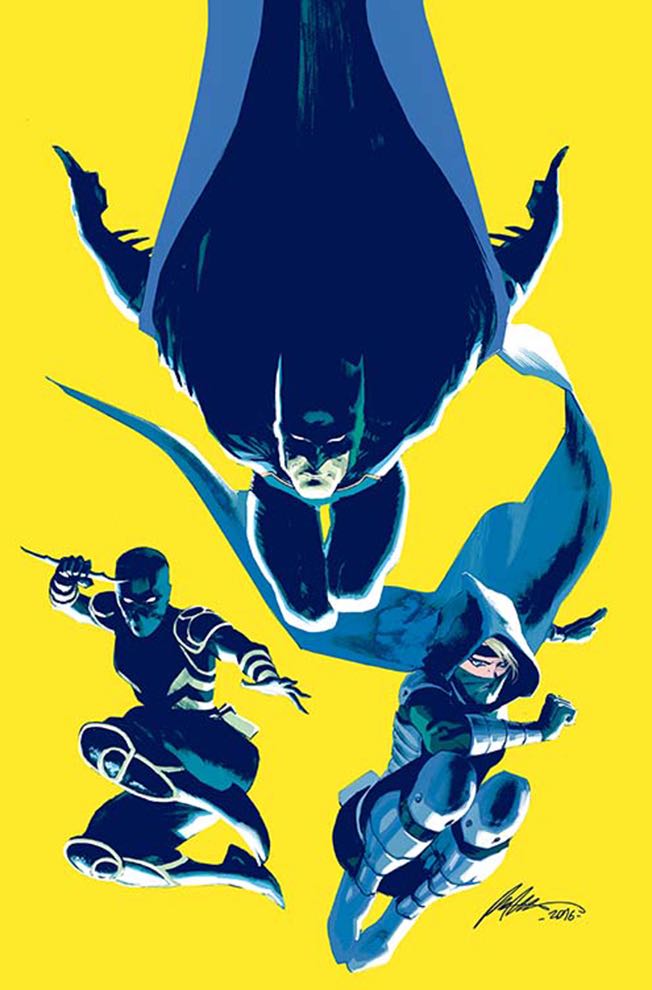 Today’s interview takes us to Detective Comics. James Tynion IV has been crafting a superior story in the pages of the title since June, focusing on the Bat-Family element that seemed to be lost long ago in the time frame of The New 52. Prior to his work on Detective Comics, Tynion had worked on Red Hood and the Outlaws, Talon, back-up stories in Batman and his largest projects in terms of scope; Batman Eternal and Batman and Robin Eternal. His current work on Detective Comics continues to high marks in both reviews on the site and on The Batman Universe Comic Podcast. We had a chance to talk him briefly about what we can expect in the coming months. James Tynion IV: Honestly, it’s been right at the heart of what I’ve wanted to do with the Batman line for years now. Honestly, when the discussion started with me taking over Detective Comics, I knew we wanted to do something different. We had Batman going bi-weekly. You have All Star Batman coming by Scott Snyder. You can’t just do Detective Comics as the other Batman book. You needed to do something different and exciting and the thing I’ve been dying for my entire life is a Batman team book.

Batman’s been involved with teams with non-Gotham characters. Like, Batman and the Outsiders and Justice League and all of that. Then, Gotham characters have come together to form teams outside of Batman, like you have the Birds of Prey, the best example. But, there has never really been the Batman centered Batman team. This version of a certain–Batman is always like people want to start fighting crime and Batman says, “No.” I wanted to do the version of the story where Batman says, “Yes,” and what that looks like and how he would build something like that and who he would rely on.

The thing is, with that, Batman isn’t great at team dynamics. He’s a one-on-one kind of guy. So, in order for a team like that to work, it required someone who he trusted, who thinks enough like him, but also has the ability to trust and rely on a unit. Kate Kane embodies that perfectly because her military upbringing, it has that instilled in her. That’s really want I saw in the character and wanted to bring into the series and really build a series that is based at the heart of the difference between Batman and Batwoman and the other characters around them commenting on that.

James Tynion IV: That’s a really good question. Hmm. I would go with it’s a Batman family book. I think that this is about–Batman is at the heart of this book. His relationship with all these characters is inherent and especially through Kate Kane. That’s the biggest thing I wanted to explore in this book was the fact that Kate is Bruce’s cousin. Which, you know, there were little ties in the older material, but there hadn’t been this story that actually explained what it meant that, you know, Kate and Beth Kane would have been at the funeral of Thomas and Martha Wayne. She would have been there at that moment. They would have been there at these crucial parts of each others’ lives and the ways in which they were kept apart and brought together, that would shape them.

That’s something that I find deeply interesting. Especially because the Kane’s versus the Wayne’s, that goes back years and years and years. But, all of these characters and the way they sort of build family around each other but it’s still with Batman at the center. So, yeah.

TBU: At the end of issue one, we have this really enlightening conversation between Tim and Bruce and I think it really points to the fact that the past is not forgotten. James Tynion IV: I think you can see already in the book like, one of the biggest things that I did was sort of put Tim Drake and Stephanie Brown in a relationship with one another. Which is honestly, that is the state of things when I fell in love with Stephanie as a character back reading the old Chuck Dixon Robin Series.

That’s where my love of the character really began, and getting to see those two together as they’re building this new moment in their lives is really powerful. I will say I am still building on the continuity that I’ve been working in for the last several years like the Spoiler who is in this book is the Spoiler we introduced in Batman Eternal and the Cassandra Cain Orphan is the character who we just spent 26 issues developing over in Batman and Robin Eternal. There are absolutely elements of these characters that–like, here’s a little hint. Like with Cassandra, there are things that are true of her past continuity that have not been explored in the current continuity, particularly in terms of her parents. Those are stories that we might be exploring pretty soon.

TBU: Okay. So, now that we know that Kate’s father is the head of The Colony and his ideology is very different from Kate, how is she going to be able to go up against him and how is this going to affect her?

James Tynion IV: Oh, it’s going to affect her really deeply because in that incredible like Batwoman Elegy storyline by Rucka and Williams. It ended on that gut-wrenching moment where she found out that he’d been lying to her about Beth since she was 8 years old. That betrayal led to a real rift in them that they had only just begun to heal before she finds out about this other lie. The thing that I think is crucial in understanding those moments is that everything that Jacob has ever done has been to protect Kate and help her become who he thinks she has always wanted to become. It’s also really assumptive and wrong of him to be doing that, but I saw some people who like talking about that beat and worrying that Jacob is going to become like this cackling villain and all of that. That’s never the intention.

You’re going to see in the next few issues, flashbacks to earlier moments in Kate’s life and how the relationship between Jacob and Kate Kane is so close to the heart of that character and the fact that everything Jacob has done, even the lines he’s been willing to cross, has all been in response to what happened to Kate’s mother and sister. That truth is always going to bond them, even though–even if it gets to a point where she can’t forgive him. That is a really interesting dynamic that I think is going to play out. It’s been playing out for years, and I can’t wait to dive that–to twist that knife a little harder and really get to the heart of, you know, what it’s like to truly love and care about someone, but also not be able to go with them anymore, to not be able to stand by their side. So, yeah.