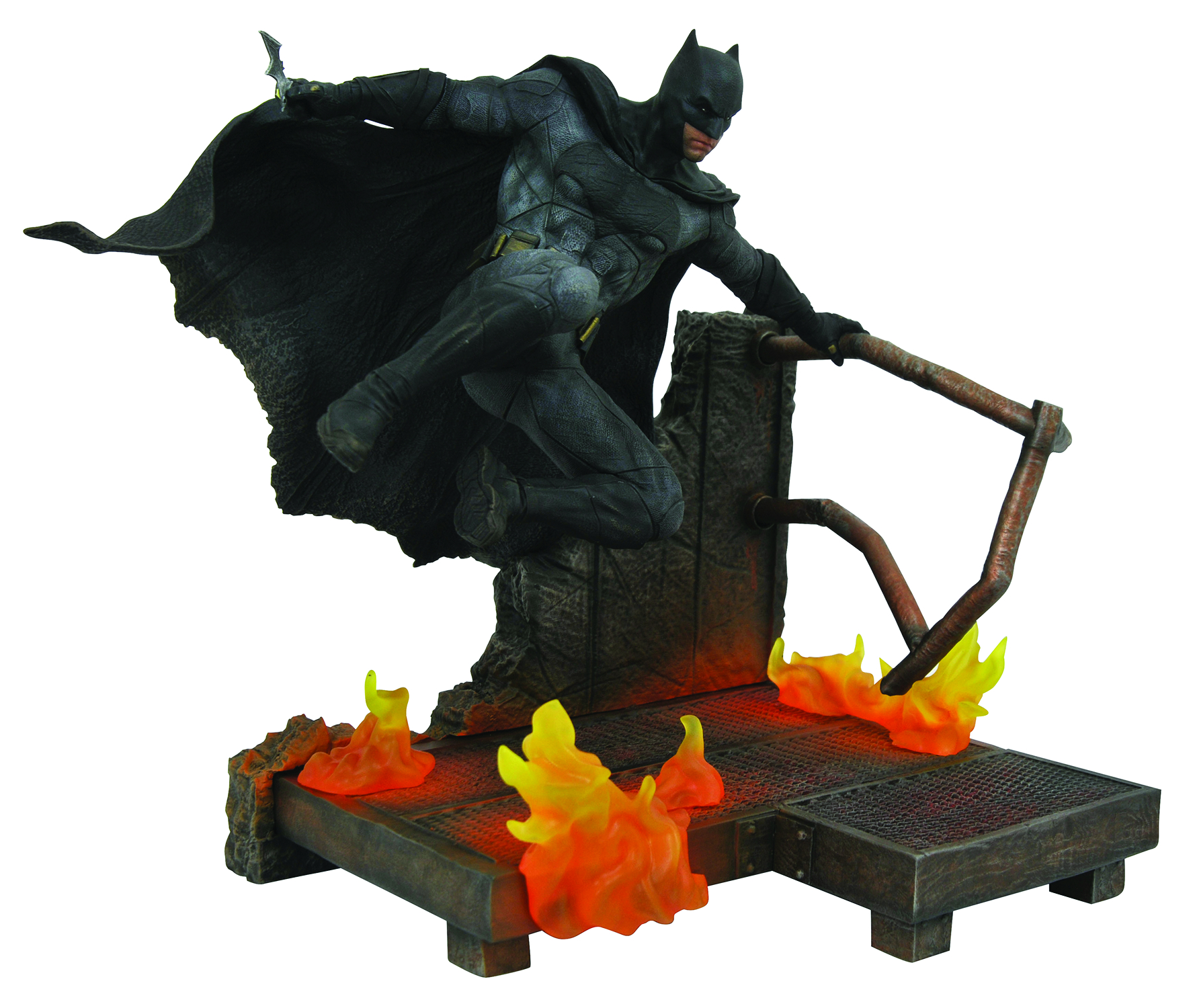 Diamond Select Toys has announced some new collectibles that will whet the appetites of Bat-Fans new and old. Both items are part of the new items solicited in the latest Previews and will be available next April. DST is bringing out a set of dioramas based off the characters in the upcoming Justice League movie. Each diorama is sculpted by Rocco Tartamella in approximately 9 inch scale and will feature stunning details as each hero is prepared to leap into action against their foes. First wave of dioramas will include Batman, Cyborg, Aquaman and The Flash.  Wonder Woman to follow. DST is also releasing an updated version of their Batman Beyond bust.  This all-new sculpt features Terry McGinnis as Batman as seen in the Batman Beyond animated series.  This 6 inch resin bust depicts Terry in an action pose with wings stretched outward as he prepares to toss a batarang. Sculpted by Varner Studios, the bust also features a base that depicts the stylized architecture of the futuristic Neo-Gotham.