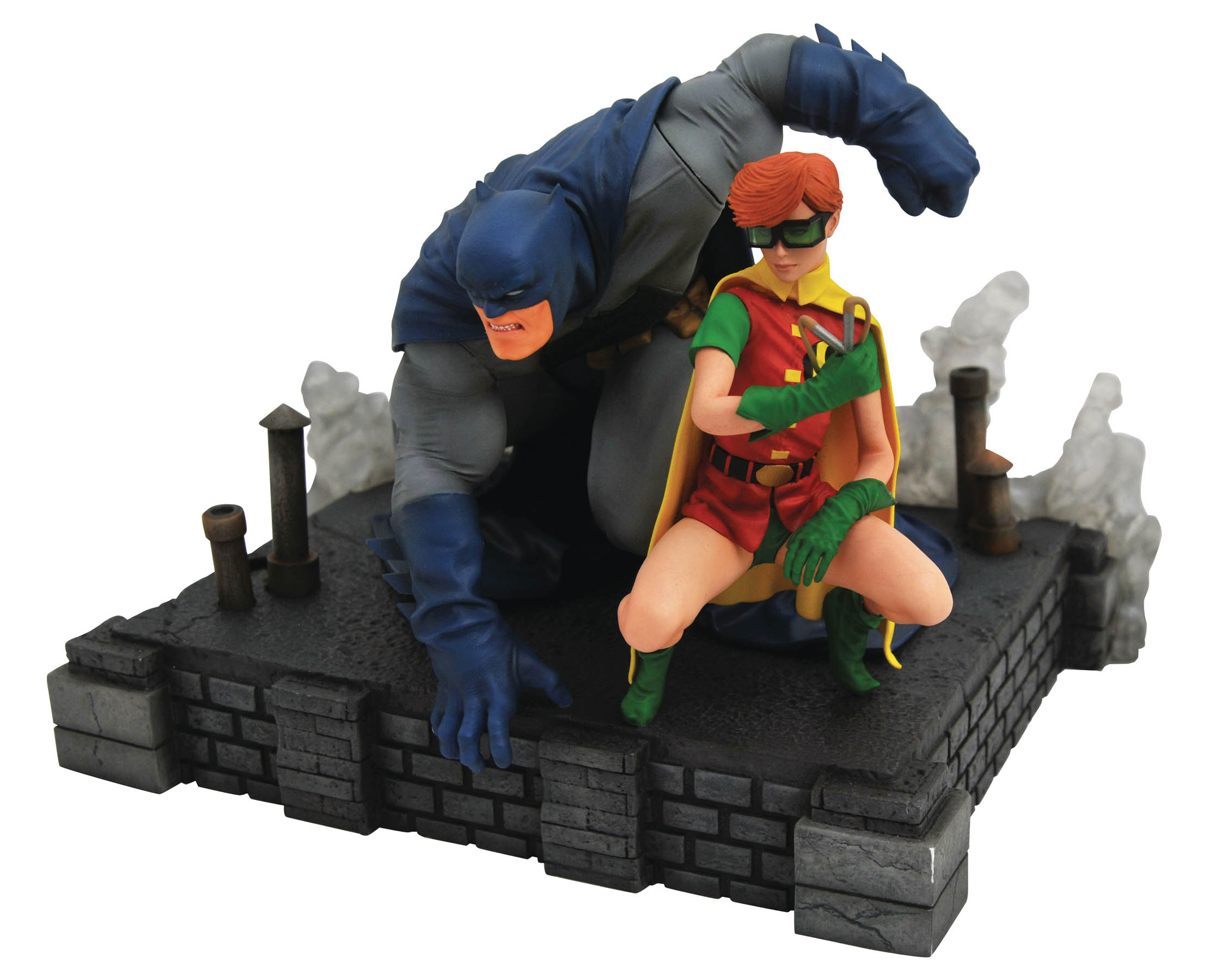 The latest solicits from Diamond Select Toys showcase a variety of items. These are slated for a July 2019 release. Vinimates, Dark Knight Returns, and CW’s version of Batwoman are all on display. Certainly a wide variety to test most any Bat-Fan’s wallet. Check out the full solicit information and pre-order links below. The newest heroine on The CW is none other than Batwoman! Based on her appearance in the Arrowverse “Elseworlds” crossover, this PVC diorama of Batwoman hanging from a radio antenna bears the likeness of actress Ruby Rose and is made of high-grade PVC. This approximately 9-inch sculpture features detailed sculpting and paint applications and comes packaged in a full-color window box. Designed by Shawn Knapp, sculpted by Cortes Studios!
In Shops: Jul 31, 2019
SRP: $49.99 The Dark Knight returns! As seen in the classic Frank Miller mini-series, an older Batman teaches the finer arts of slingshot usage to his newest Robin, Carrie Kelly. This 9-inch-scale Deluxe PVC Diorama measures approximately 8 inches tall, is made of high-grade plastic, and features detailed sculpting and paint details. It comes packaged in a full-color window box. Designed by Shawn Knapp, sculpted by Alterton!
In Shops: Jul 31, 2019
SRP: $69.99 It’s a bat-tastic bunch of Vinimates in DC Comics Vinimates Series 6! Each from a popular new Batman comic series, The Batman Who Laughs, Batman: Damned and Batman: White Knight each get the 4-inch vinyl figure treatment in this series, based on the popular Minimates block figure-style. Each comes packaged in a full-color window box. Designed by Barry Bradfield!
In Shops: Jul 31, 2019
SRP: $9.99

Pre-order The Batman Who Laughs now at Entertainment Earth