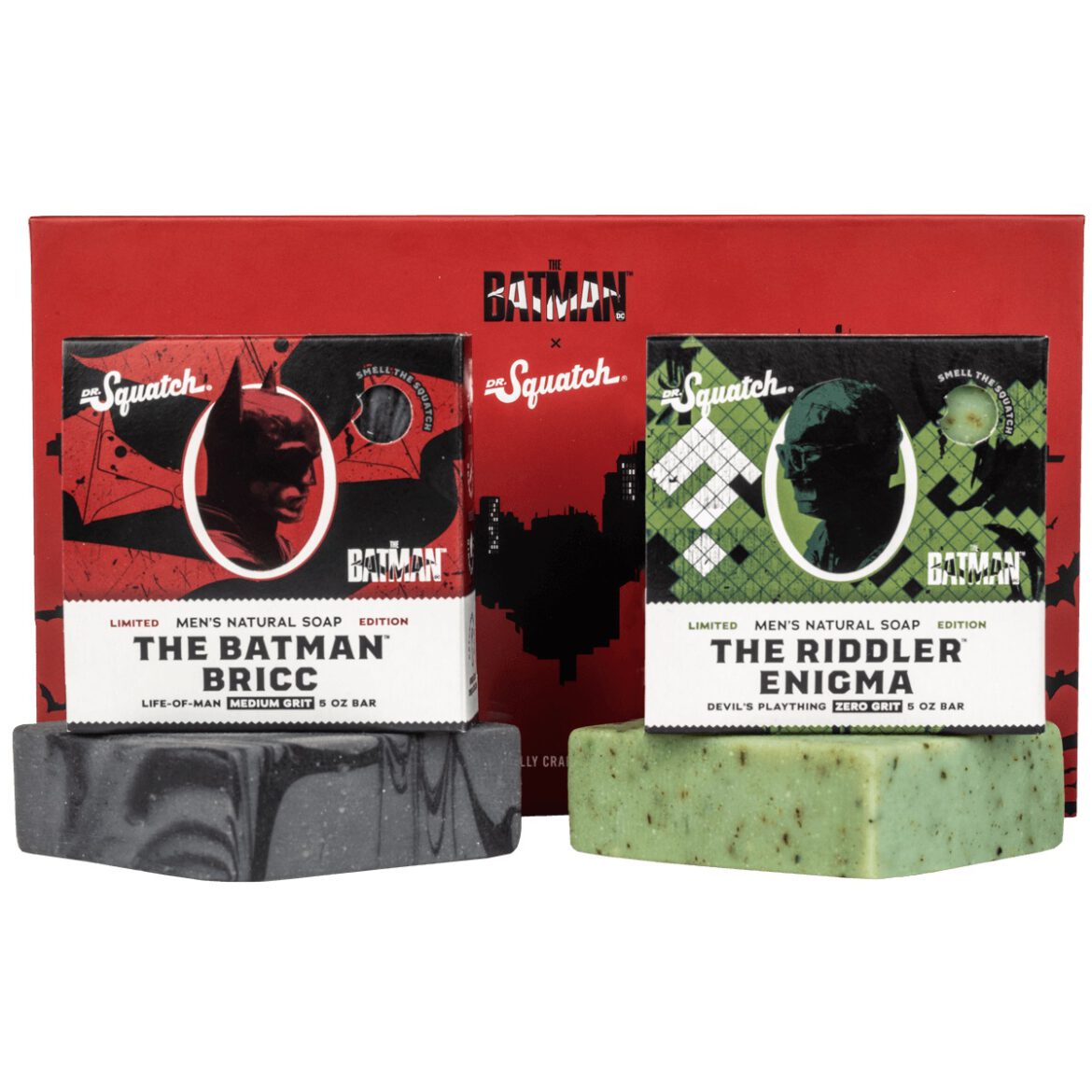 Dr. Squatch has been hinting at an exclusive launch to pair with the release of The Batman for the past week. We knew something was coming when they were officially announced as a brand partner back in January. Now, Dr. Squatch has officially revealed their soap collection for The Batman. The new soap collection consists of two briccs. The first one is themed after Batman and smells like dark leather. The second bricc is themed after the Riddler and the scent is a mystery that must be solved using clues on the packaging. Both bars of soap come in a unique package completely themed for The Batman. The collection is priced at $20 and is available now directly from Dr. Squatch.

In a city full of endless grime, the dangers of synthetic detergents lurk around every corner. Featuring two limited edition bar soaps inspired by The Batman™ and The Riddler™, only you can uncover the clues within to help save Gotham City™ and restore your clean routine to glory.

The Batman Bricc – Vigilant, Mysterious & Enduring, Just Like a Squatch Man Should Be. Inspired by the masked vigilante who brings justice to Gotham City, this grime-fighting bricc will restore your clean routine to glory. Featuring a warm, leathery scent and ingredients like skin-conditioning Life-of-Man, calming Chase-Devil and exfoliating Bamboo Powder, The Batman™ Bricc is your vengeance against dirt and scum.

The Riddler Enigma – Intense, Devious & Puzzling, Just Like a Squatch Man Should Be. Inspired by the devious ways of The Riddler™, the scent of this bricc is a mystery that only you can uncover. Solve the riddle on the package to find the password and unlock the true scent of The Riddler™ Enigma. These sinister suds feature a complex blend of skin-conditioning Goldenrod, calming Devil’s Plaything, and aromatic Felon Herb.