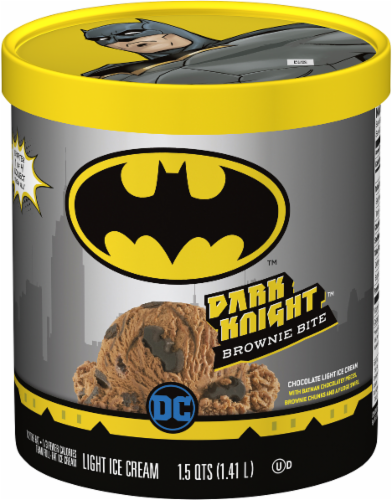 Break out your spoons because Edy’s is giving DC fans three new ice cream flavors based on Batman, Superman, and Wonder Woman. According to Superman Super Site, the ice cream, available in a 1.5-quart size and at retailers nationwide, features flavor unique to the heroic inspiration. First up is Krypton Cookie Dough which adds red and gold cookie dough along with blue sprinkles into vanilla ice cream. Batman fans will get Dark Knight Brownie Bite which, as the name suggests, is brownie pieces mixed in with chocolate and fudge swirl. Finally, for the Wonder Woman crowd, we’ve got Golden Lasso Twirl, a mix and vanilla and caramel ice cream with star-shaped caramel chips and graham cracker.

Could a Green Lantern-themed mint chocolate chip be next? Sound off with the flavors you want to see in the comments below!