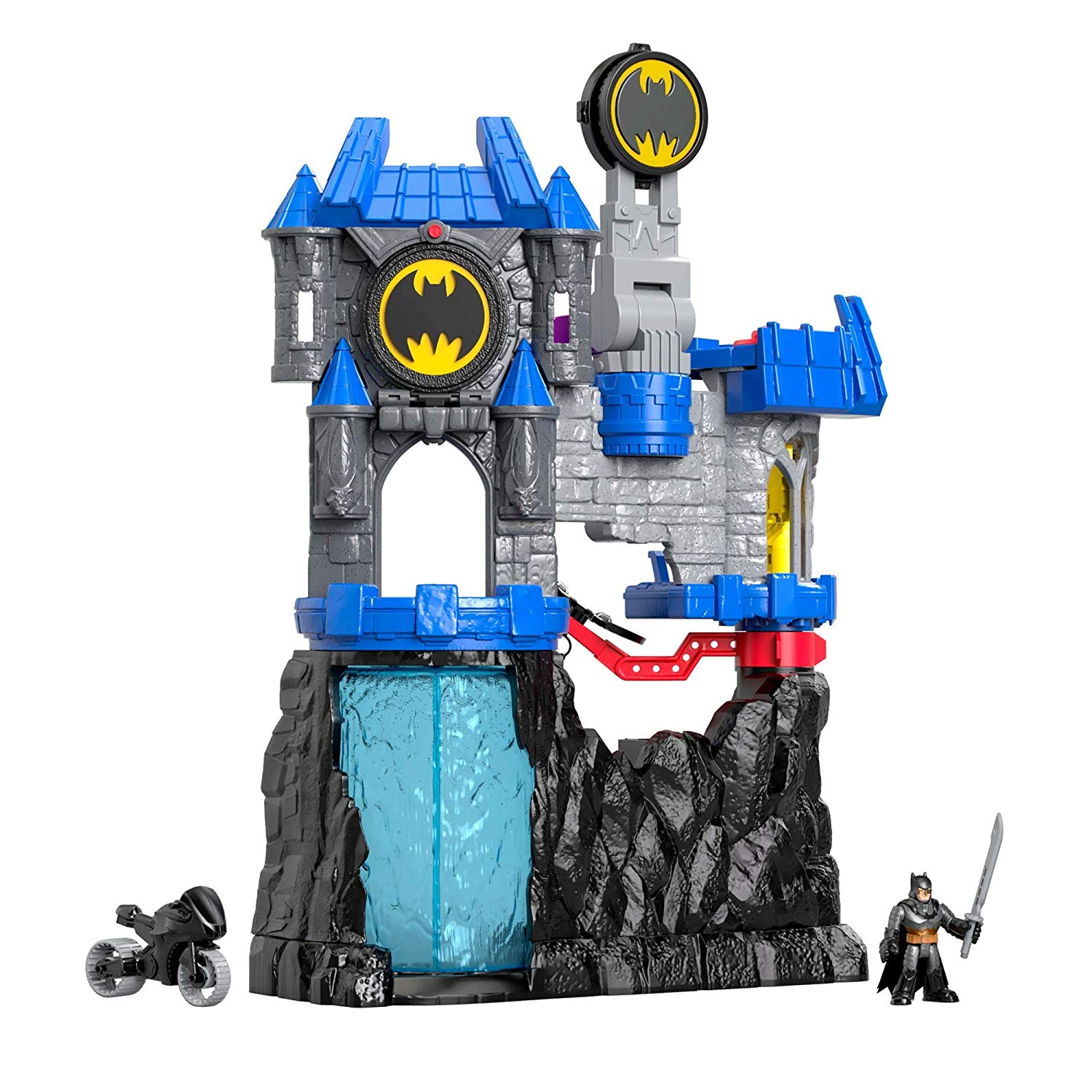 Imaginext fails to stop impressing me, Bat-Fans.  Usually, it is just the regular line of Batman and DC Universe figures and play sets, but they are pulling out all the stops lately. First up, we have wave six of the Super Friends blind bag figures.  Confirmed in the set so far are Catman with a loot case accessory, Dr. Fate with magic energy accessory and supersuit Lex Luthor with giant handcuffs accessory.  Rumored figures include Zan and Jayna the Wonder Twins (though packaged separately), and Duke Thomas (Robin/Signal). Nothing confirmed about their accessories just yet. But not to be outdone by blind bags, there is also a new playset.  The Fisher-Price Imaginext DC Super Friends Wayne Manor Batcave Batcave Playset is here. Granted, this is not the first Wayne Manor nor the first Batcave from the Imaginext line. However, this appears to be an update to previous designs. Two levels of play, hidden projectile launcher, secret entrance, air glider and, yes, even a batcycle make this playset one filled with hours of enjoyment. The tiny Batman that comes with this set will be perfectly at home stopping criminals from assaulting his base of operations. Take a look at the promotional video below and get a peek at Cassandra Cain’s Black Bat as well.

While wave six of the blind bags has not hit stores, the Wayne Manor playset is available now. Be on the lookout so that you can make sure to get those wonderful toys.