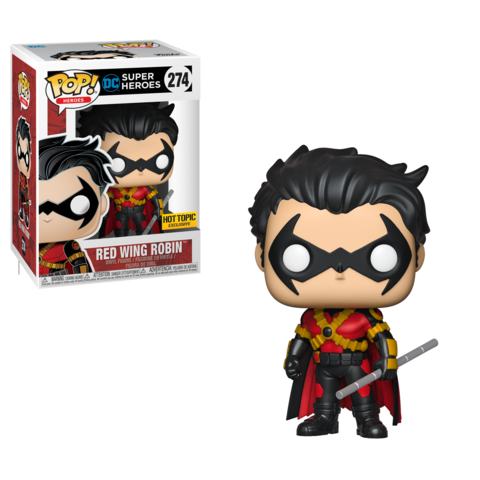 Flying from the pages of DC Comics’ New 52 are the latest Hot Topic exclusive POP! figures.  Tim Drake will soon be clad in his costume that first appeared in Teen Titans #1. Listed as Red Wing Robin, Tim looks highly accurate to his comic book appearance, and the bo staff adds a nice touch. Meanwhile, The Joker will be wearing his own face as a mask since this figure mimics the Clown Prince of Crime’s appearance in the story “Death of the Family.”  Wearing his Joe Kerr uniform, this Joker brandishes a hammer as he reaches menacingly for his next victim. These figures should be appearing at Hot Topic locations within the month of February.