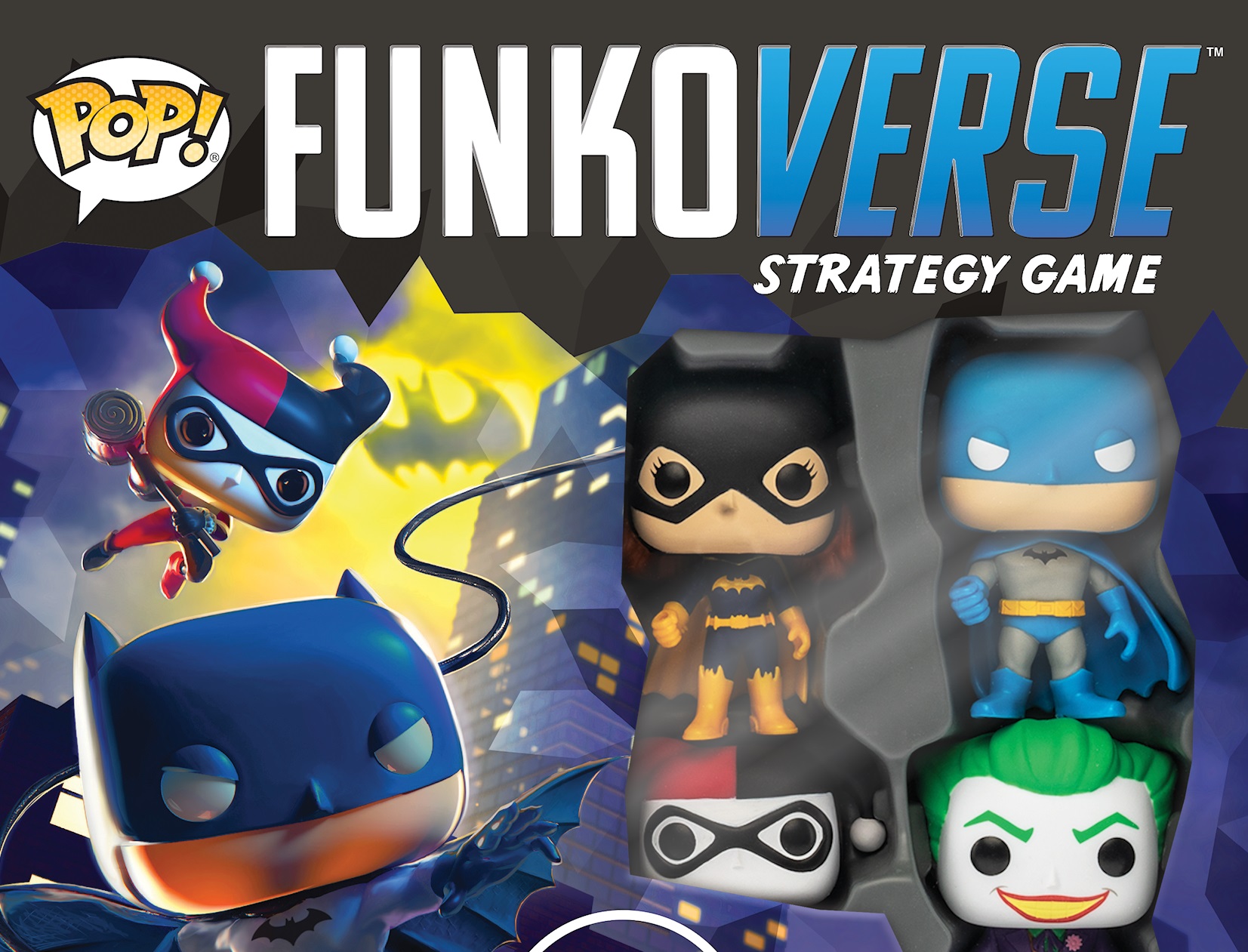 At Comic Con, Funko announced their intent to branch into the world of tabletop games. Now more information has been released including pricing and the release windows. In DC 100, move through 4 exciting game scenarios in memorable locations such as – Gotham City™ Streets or The Joker’s Carnival Chaos with The Joker™, Harley Quinn™, Batgirl™, and Batman™. In DC 101 combine additional characters in 4 additional game scenarios in memorable locations like Arkham Asylum or Catwoman’s Penthouse with Catwoman™ and Robin™. Play as a stand-alone or mix with other DC Funkoverse games!