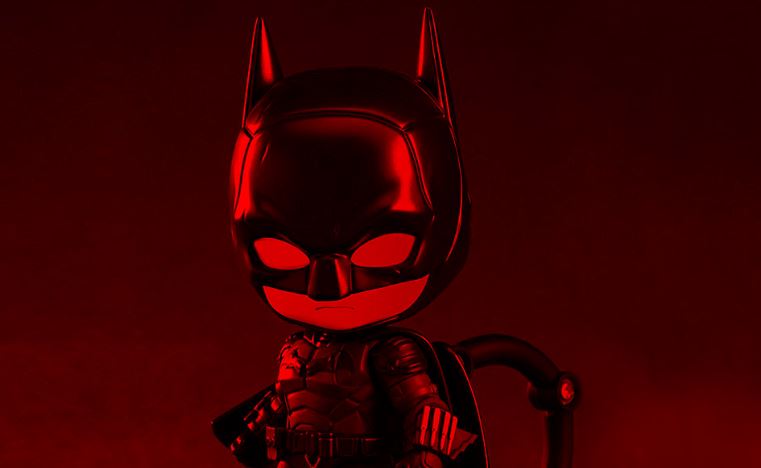 Good Smile Company has released details for their latest Nendoroid action figure, which features Batman based on his appearance in The Batman. The figure measures about four inches tall and features interchangeable masked and unmasked portraits, swap-out faceplates of the masked portrait, a Riddler clue card, a tiny Batmobile, and a gargoyle base. It is priced at $72.99 and is expected to ship in January 2023. You can preorder the figure at Entertainment Earth or Sideshow Collectibles.

From the movie The Batman (2022) comes a fully articulated Nendoroid of Batman! He comes with two interchangeable face plates—a standard face and an angry face—along with white eye parts that can be used with his mask! Optional parts include a letter from the Riddler, a Batmobile miniature figure, an unmasked head part and a gargoyle part that can be attached to the Nendoroid’s base! Be sure to add him to your DC collection!