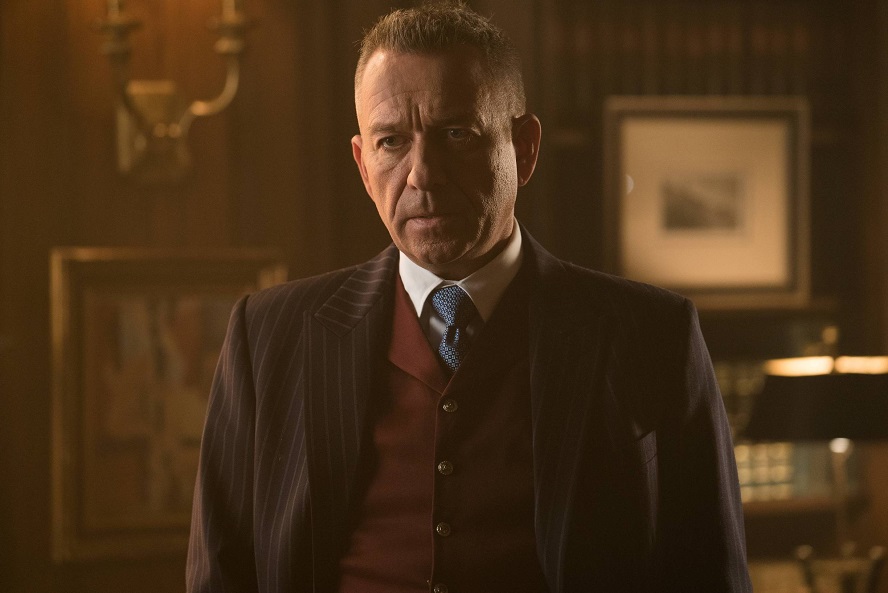 The staff of TBU attended the Gotham press junket at San Diego Comic-Con on July 22, 2017. We were able to speak with Sean Pertwee about what’s in store for Alfred and Bruce during the fourth season. To break the ice, I asked if we would be going a full season without Alfred having to go to the hospital again. “We shall see. We are on episode three and things are looking good,” Sean said.

He began to talk about the ups and downs of Alfred’s relationship with Bruce. “We are morphing into the relationship that everyone knows of Alfred and Bruce. It’s the beginnings of them coming together. Like being a father and you just hope that you can communicate with your child. He still tries to advise him and things don’t necessarily go according to plan. But what are you going to do? It’s either that or lose him,” Sean told us.

When speaking of the changes he acknowledges David Mazouz’s continued growth spurt and added “Also David’s height has changed this season.” Adding onto the evolution from last season, Pertwee said that Bruce would be “Very much proto vigilante.”

Adding onto the drama of Bruce’s upbringing Sean said, “Then Gordon chimes in wanting to be the parent he never was. So this kind of bizarre parental triangle starts around Bruce as a growing teenager.”

Sean was also quick to remind us of Alfred’s dark side and brought up what Reggie told Bruce about Alfred’s past in season one. “You’ll see in the middle of this season who Alfred really is,” Sean said. “He has more demons than Bruce does,” he later added.

When asked if we would be seeing Alfred’s family he replied, “That I’m not sure about. I’m hoping so. We know that he has a daughter in some of the versions.”

Could Julia Pennyworth eventually make it to Gotham? What kind of dark side does Alfred have? Gotham returns September 21 as it moves to Thursdays on Fox.