Professor Pyg is Heading to Gotham 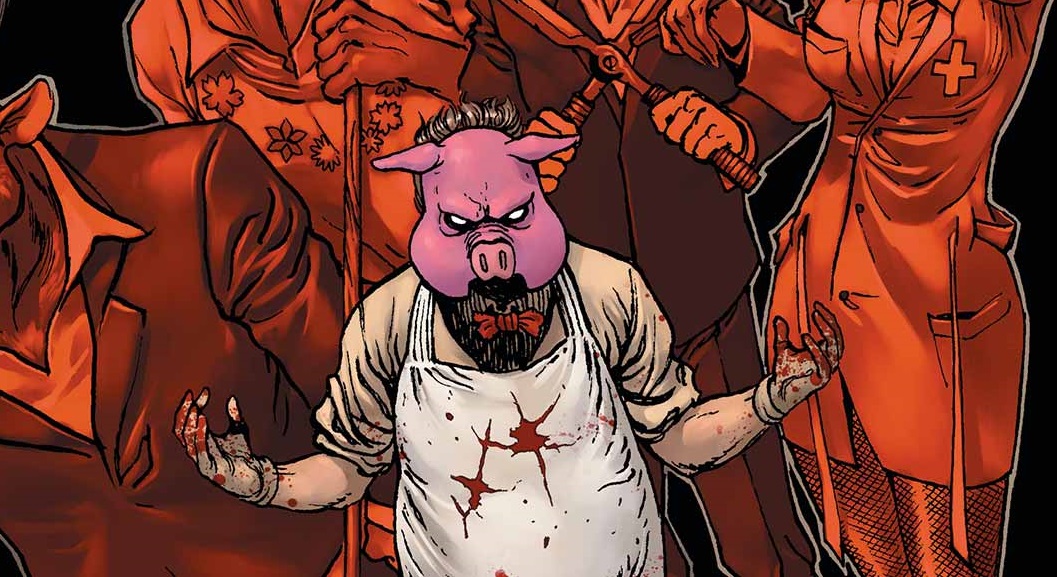 If there’s one thing you can say about Gotham, it’s that the show can find a way to work even the most obscure Batman villain into the universe that it’s building. It should come as no surprise then that TV Line is reporting that Michael Cerveris (The Tick) has been cast as the seriously disturbed chemist/surgeon Professor Pyg.The swine-faced character is known in the comics for being surrounded by mind-controlled, almost mannequin-looking slaves known as Dollotrons, though we don’t currently know if these poor individuals will also make the leap onto the small screen.

Interestingly, Pyg is actually a relatively newer addition to the rogues gallery, first appearing in 2007’s Batman #666 by Grant Morrison and Andy Kubert and most recently seen in the pages of post-Rebirth Nightwing earlier this year. Despite being rather new, the character has appeared on the small screen before. In 2013’s animated series, Beware the Batman, the character appeared alongisde Mr. Toad as one of the regular villains, voiced by Brian George.

Which lesser-known villain do you hope shows up on Gotham? And no fair saying Kite Man.