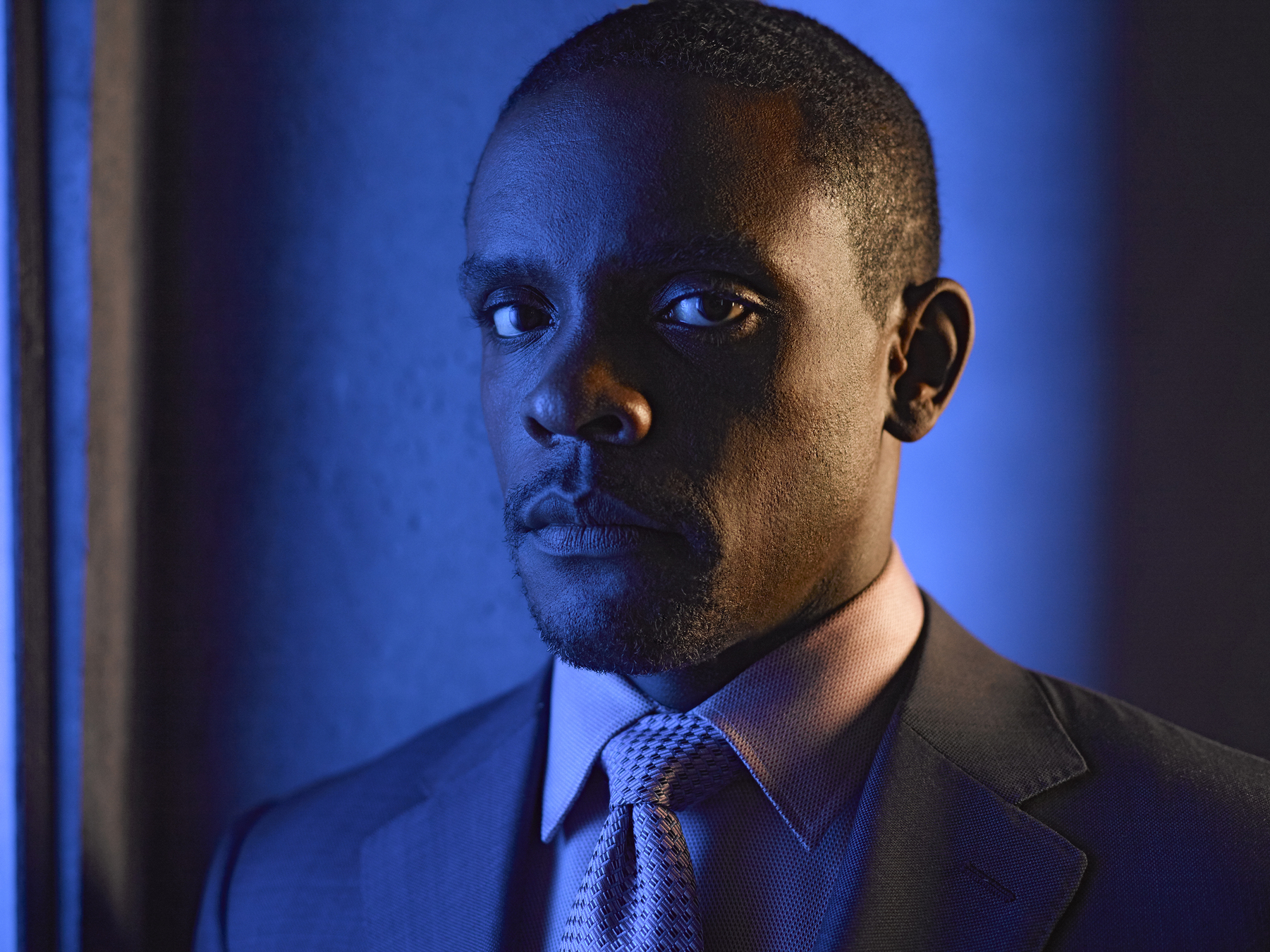 On January 13, 2018, DC Comics held an event at Washington DC’s Newseum called “DC in DC 2018.” Many faces of DC Comics publishing and broadcasting showed up to give talks on race, sexuality, feminism and more. I attended along with TBU’s intern Ben and we had the chance to sit down with Chris Chalk, who plays Lucius Fox on “Gotham.”

I started the session off by asking Chris when he would sharing more scenes with David Mazouz. I noted that we hadn’t seen the two of them together since Lucius made Bruce a new costume, which Bruce then threw away a few episodes later. “He did not appreciate the work I put in! But that’s how he does. That’s ‘New Bruce’ though. ‘New Bruce’ has a bit of an attitude problem,” Chris jokingly said.

“I mean, it could work. I may be a little smarter than Alfred,” Chris said with a smile. “I think we will see at the beginning of this spring release there will be still a little bit of Lucius in the GCPD and then we transition more into aiding young Bruce Wayne,” Chris said. He paused at that last thought and said “Or teenage Bruce Wayne. He’s almost taller than me and that’s a problem. It’s super weird. Because when I came in he was like here (uses his hand to demonstrate David’s height). He was a kid! And someone had me sign a thing recently and I went ‘oh my gosh, he’s almost as tall as me.’ And I’m not going to grow anymore and he’s still got growing to do,” Chris said.

Another reporter at the press table asked Chris what informed his performance of Lucius Fox. “I remember the first comic with him in it. He’s randomly captured. I think it was him and actually Alfred are randomly captured and Batman comes and saves them. And that’s Lucius. The magical Negro appears from nowhere. But especially with Nolan’s interpretation, the newer comics with the new Batwing who is actually Lucius’s son. There’s so many personality traits. There’s so many things I can draw from. Morgan Freeman obviously did an incredible job and I try not to borrow from that on purpose. It’s only the second live action version of him so let me do my thing. There’s only so much room you can live in,” Chris explained.

Chris also talked about his surprise to see that his character was making an impact on today’s youth. “I did a thing with STEM and there’s all these little scientists who are like ‘yea I want to develop vaccines like Lucius Fox’ and I was like (pretending not to be surprised) ‘Yea that’s what I intended the whole time.’ It really does inspire these youth to do a different kind of heroism. It doesn’t have to be fists and kicking. It can be in the boardroom,” Chris said.

Ben asked Chris what his expectations for his role were and how those have changed since he began. “I was super nervous because I was a dude coming into a show that already been established, but everyone was so generous and kind. Then it was kind of a grey area where I didn’t have many expectations, I was just going along for the ride. Now that I know everybody and I have an idea of where our arc is going…well there’s expectations I can’t tell you. But I do expect some of the bigger things that we as fans of Batman, I expect to be creating those things. I look forward to, I won’t say expect, but I look forward to seeing more of who Lucius is without Bruce which we get to play with a little bit,” Chris said.

In keeping with the theme of “DC in DC”, Chris spoke of the importance of diversity when a reporter asked him about representation. “Coming up I was reading all of this stuff. These are my comic books. More Marvel than DC but that’s OK they forgive me. To now get to see Black Lightning, to see David Harewood on Supergirl, to see these people of color who are representing these heroes that are undersold sometimes. Like who knew about Black Lightning besides nerds. I have a statue in my bathroom of Black Lightning, which my wife let me keep for some reason. I thank everyone for supporting it because, one, it gives me employment, but it’s important to see these different versions of heroism. To see every shade. I can’t wait for the new Spider-Man to be what he is in the comic books, the new Hulk to be what he is in the comic books. So that we do see more people of color. We understand a certain narrative, let’s see all these other narratives that exist and that’s exciting,” Chris said.

He was asked what future villain he’d like to appear on “Gotham,” and Chris replied, “Deadshot would be really cool. Especially because he’s around the same age as Bruce so to see some budding conflict…maybe not even conflict honestly because it may be too soon for that. But to see like this little rich brown kid and this little rich white kid and see what that looks like. These future assassins would be amazing.”