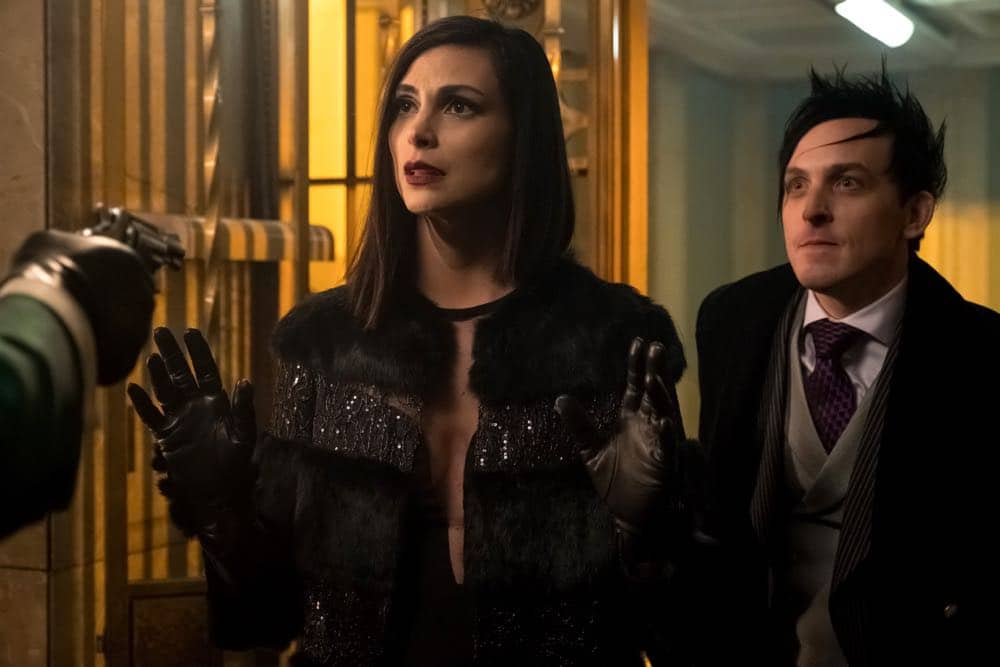 The nineteenth episode of the season of Gotham airs tonight at 8PM ET/PT on Fox with “To Our Deaths and Beyond”. Fox has released a number of screens and videos to promote tonight’s episode.

Synopsis: Gordon and Bullock try to figure out who the clever thief is behind the robberies of various bank branches in Gotham. Meanwhile, Barbara is put in danger, forcing Tabitha to recruit help.