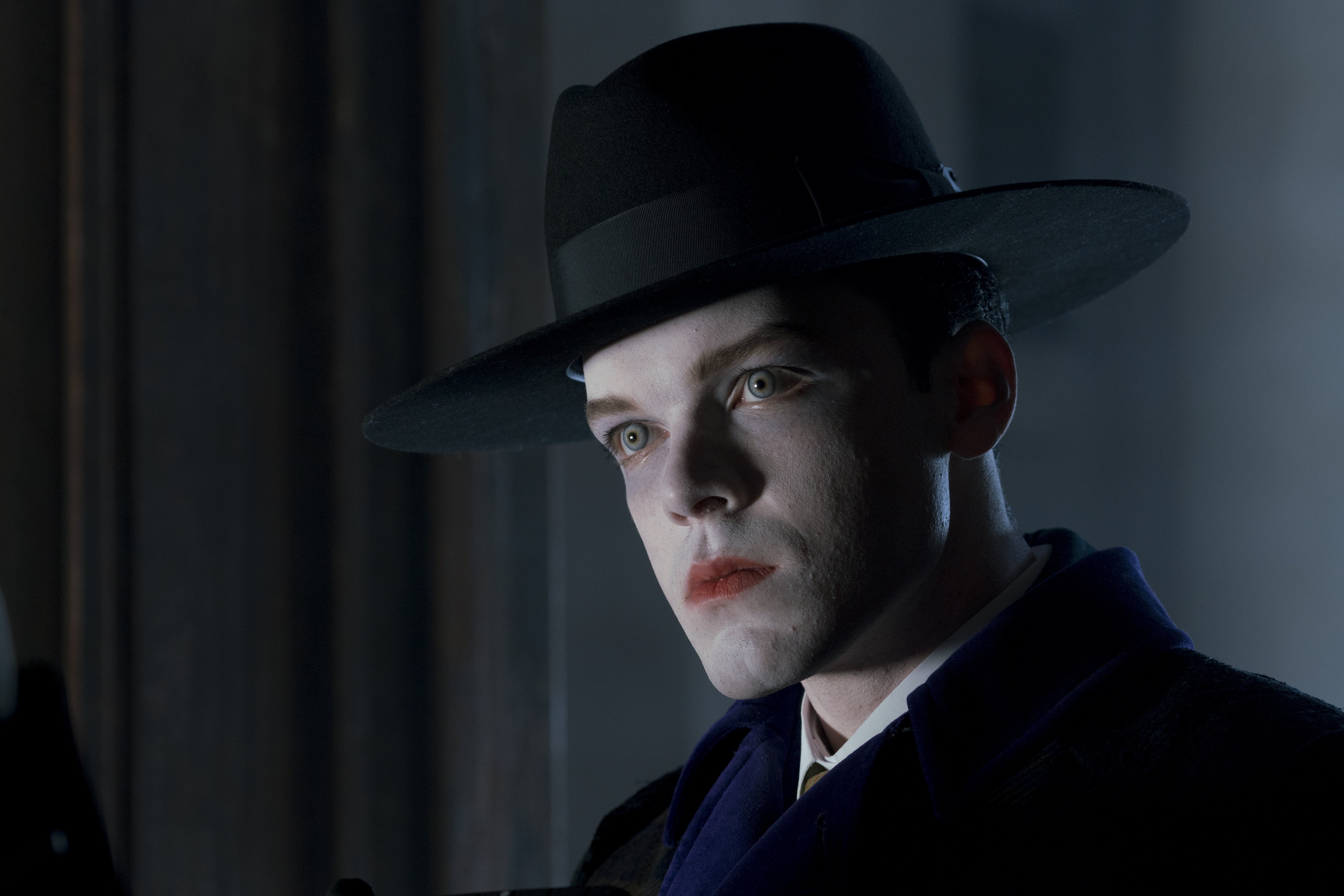 The Team: Directed by Rob Bailey, Written by Tze Chun

What Happened: Jeremiah attempts to destroy the city and drive Bruce Wayne mad. Jim is forced to work with Nygma to find out where Jeremiah hid the bombs. Their partnership brings the tensions of their Lee Tompkins love triangle to the surface. Bullock is able to stop Jeremiah’s bombs, redeeming himself with the GCPD in the process. Grundy and Penguin team up with the Sirens to attempt to profit off of the carnage. Selina finds herself in the crossfire of Jeremiah’s vendetta against Bruce.

The Good: If you would’ve told me a few years ago that “Gotham” would do their own version of “The Killing Joke”, I would’ve rolled my eyes. If you would’ve told me that it would be my favorite episode of the series, I wouldn’t have believed you. This episode surprised me in all the right ways. It’s not a shot for shot remake of “The Killing Joke”, but it hits all the emotional beats effectively. I felt Bruce’s pain as he helplessly watched the video of Alfred’s torture. David Mazouz knocked that scene out of the park. Sean Pertwee’s portrayal of “insane Alfred” had me holding my face in shock and horror. The fight between Bruce and “hallucination Alfred” was also an emotional experience I couldn’t look away from. Between David’s horror and Sean’s manic energy, this scene will go down in history as one of the best of the series. The viewers (and Selina) were given a final gut punch when Jeremiah returned to deliver one last blow in the final minutes of the episode. Like the shooting of Barbara Gordon in the comics, this was an abrupt surprise, especially since the episode was already winding down. The viewers were relaxed and lured into a false sense of security before being reminded that nothing is safe in “Gotham”. Several moments of the episode had me grabbing my head and saying a series of shocked and horrified expletives. This is what “Gotham” should be every week. “Gotham” should shock us, horrify us, keep us guessing and make us uncomfortable.

The scene between Donal Logue and David Mazouz was great. When was the last time you saw these two have a meaningful moment together? This was a great Donal Logue episode in general. It was great to see Harvey Bullock earn the trust of his peers back. It’s also a moment Bullock needed because he’s been down on himself ever since his failures during the Pyg crisis. Because I knew “No Man’s Land” was coming, and because of Ra’s vision, I assumed the bombs were going to go off. I actually thought Bullock was a goner. I usually go into these episodes pretty certain that the main characters will all survive, but I wasn’t so sure here. Obviously, Gotham is not going to kill Harvey Bullock in a penultimate episode of the season, but at the time of my viewing, I bought into the suspense.

The Gordon/Lee/Nygma love triangle was also played well this episode. I usually don’t like this storyline, but I find myself enjoying the deconstruction of it this week. Gordon was asking Ed all the questions about the relationships we’ve had as viewers. Ed tried to show that the romance can withstand the scrutiny but found himself having doubts. I’m not sure what the answer to all of this will be, but the drama felt real and earned this time.

The Bad: Jeremiah’s followers turning against him seemed a bit off. The moment didn’t feel right, and I’m not sure I buy these sheepish and mindless followers being so fickle. It did lead to a great moment where Jeremiah burns them all alive, but we didn’t need the possible mutiny for that incident to happen.

The Questions: How long did Penguin know where Strange was? Is he lying to Grundy?

Favorite Moment: The fight between Bruce and “Hallucination Alfred”. Horrifying and well acted.

Overall: This is the episode to top. It’s my favorite of the series. It pulled out all the stops.