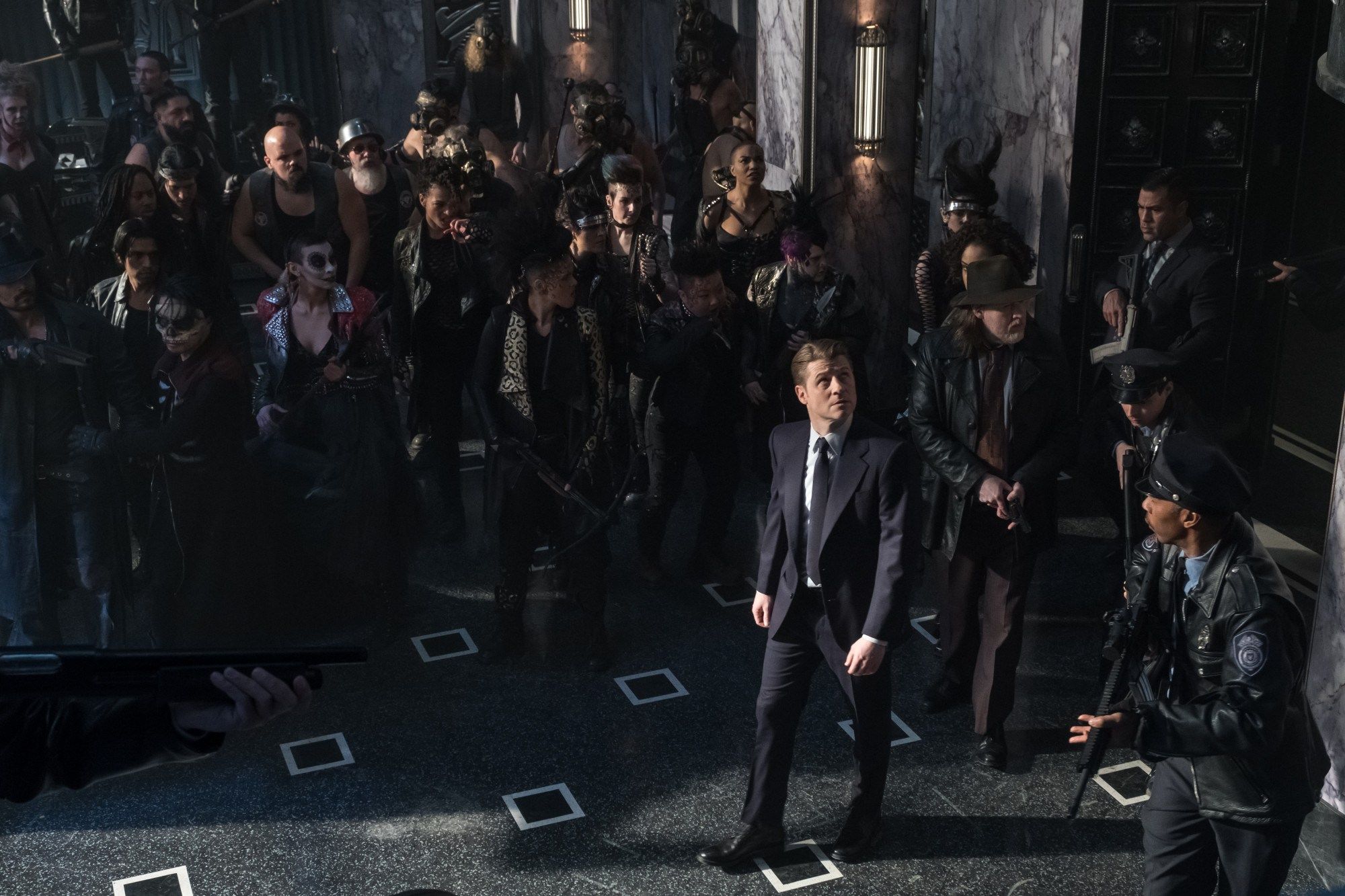 The ninth episode of the fifth season of Gotham airs tonight at 8PM ET/PT on Fox with “The Trial of Jim Gordon”. Fox has released a number of screens and videos to promote tonight’s episode.

Synopsis: After Gordon is shot in an attempt to establish a cease-fire, he hallucinates a trial for his life that could have deadly real consequences. Meanwhile, Ivy (guest star Peyton List) returns and puts her spell on Bruce, leaving Selina to defend herself. Lee has a life-changing moment as Barbara and Penguin consider their next moves.