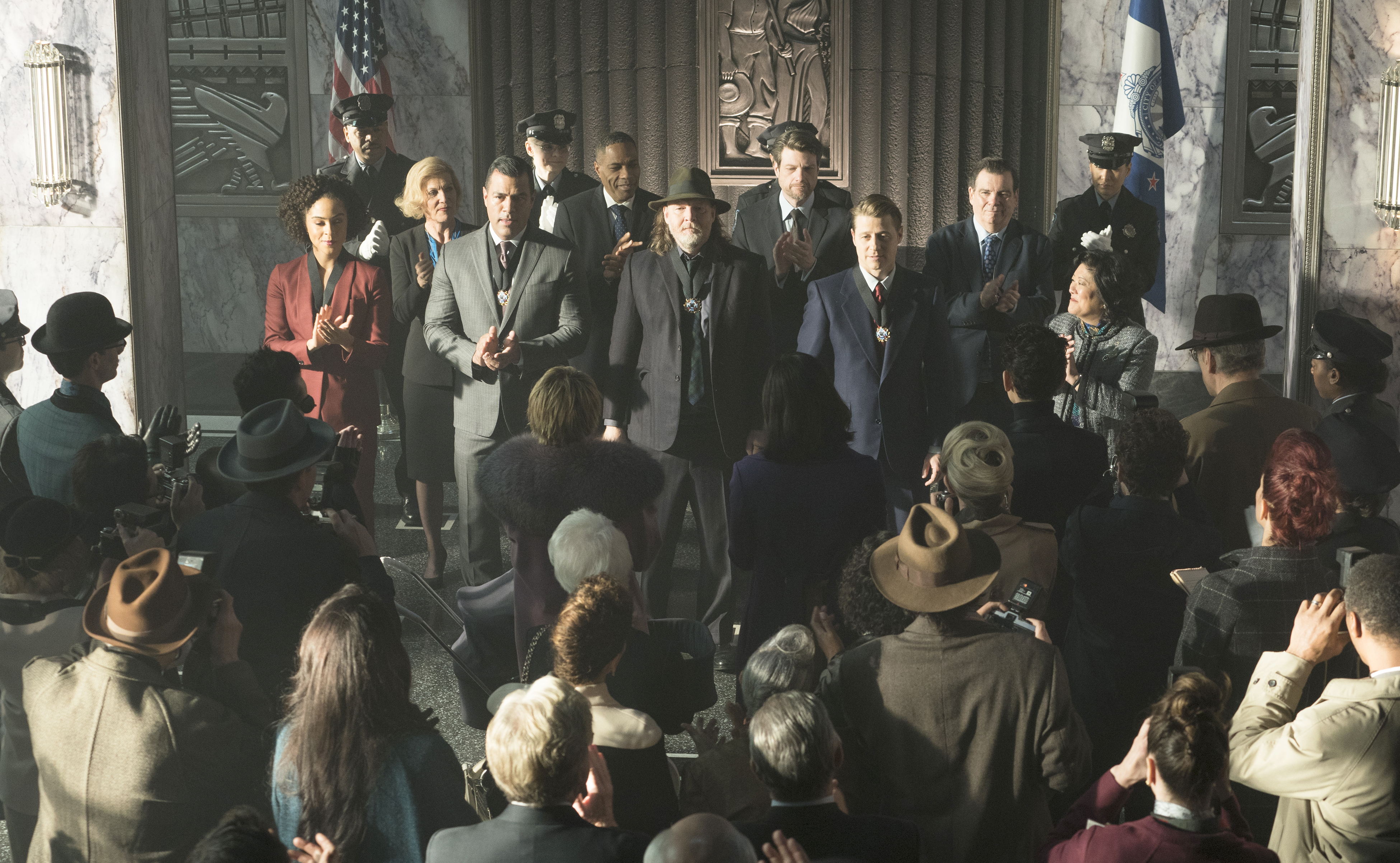 The eleventh episode of the fifth season of Gotham airs tonight at 8PM ET/PT on Fox with “They Did What?”. Fox has released a number of screens and videos to promote tonight’s episode.

Synopsis: As Bane (guest star Shane West) enacts his final plan for Gotham’s destruction, Gordon rallies his former enemies to save the city. Meanwhile, Nyssa al Ghul (guest star Jaime Murray) kidnaps Barbara’s newborn daughter, with ambitions to raise her as her own. Then, Bruce’s decision to leave Gotham points him to his destiny, while devastating Selina.