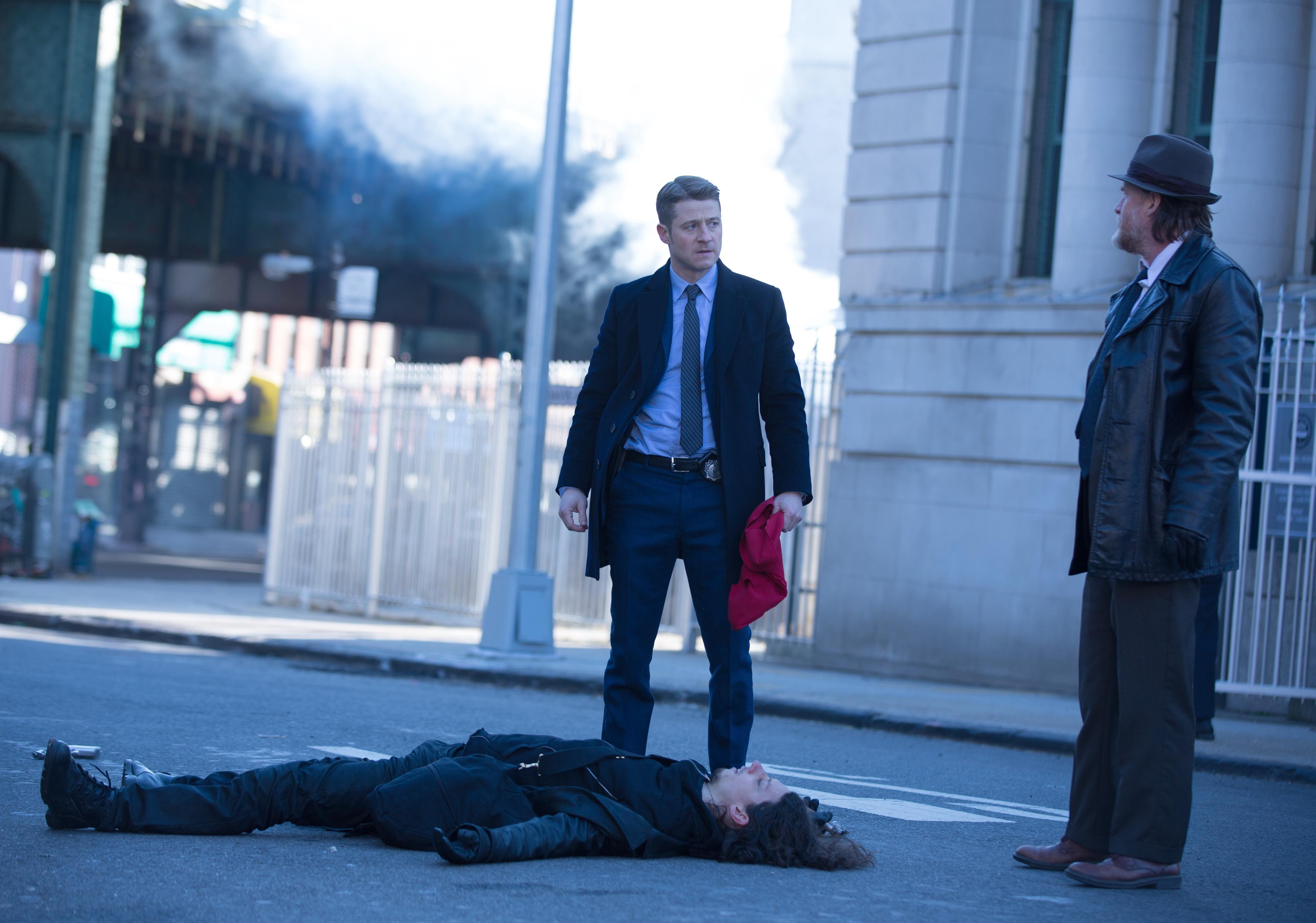 In “Red Hood”, detectives Jim Gordon and Harvey Bullock investigate a gang of bank robbers led by a man in a red hood. The gang robs banks, and to make their getaway easier, they toss money to the ordinary citizens of Gotham. The red hood becomes a symbol to the people and a source of contention within the gang.

Elsewhere in Gotham, the Penguin struggles to make the club successful. To make matters worse, the club has run out of alcohol and is unable to buy more because Maroni controls the supply of alcohol in that part of town. Fish Mooney begins negotiations with the staff that controls “The Basement.” She is unable to speak with the man in charge and is not pleased. Selina Kyle and Ivy Pepper are still at Barbara Kean’s apartment. Barbara tries to teach Selina about beauty, but she is not interested.

The steal-from-the-rich-and-throw-money-at-the-poor scheme used by the Red Hood Gang is unoriginal. The same scheme is used by the Archer in the 1960s Batman TV show. It would be wise for a show looking to use a much darker tone than the campy show from the 1960s to avoid using the same ideas. Furthermore, the use of the Red Hood Gang poses another problem for the creative team. In the sarcastic words of Harvey Bullock, “Another freak in a mask? Awesome.” Gotham continues to use characters from the comics. If this continues, they will run out of characters to use. Not every super villain needs to be used in this show. The writers should start creating unique characters for this show. We do not need to see the entire Rogue’s Gallery.

Another major flaw of this episode is how the Penguin is stifled. Over the last few episodes, we have seen less scheming and conniving from the Penguin. Robin Lord Taylor shines in those moments. Watching Cobblepot struggle with club business is painful, knowing how fun it is to watch the Penguin be truly sinister.

Lastly, the combat in the scene where Reggie gives Bruce some fighting tips looks completely fake. Pulling off believable violence has never been an issue with this show. Why it is in this episode is a little confusing. Surely, the director could have found a way to make it look more real. The work done in that scene is symbolic of the episode as a whole, lackluster.