Gotham Season 2 Premiere “Damned if You Do” Details, Clips and Screens 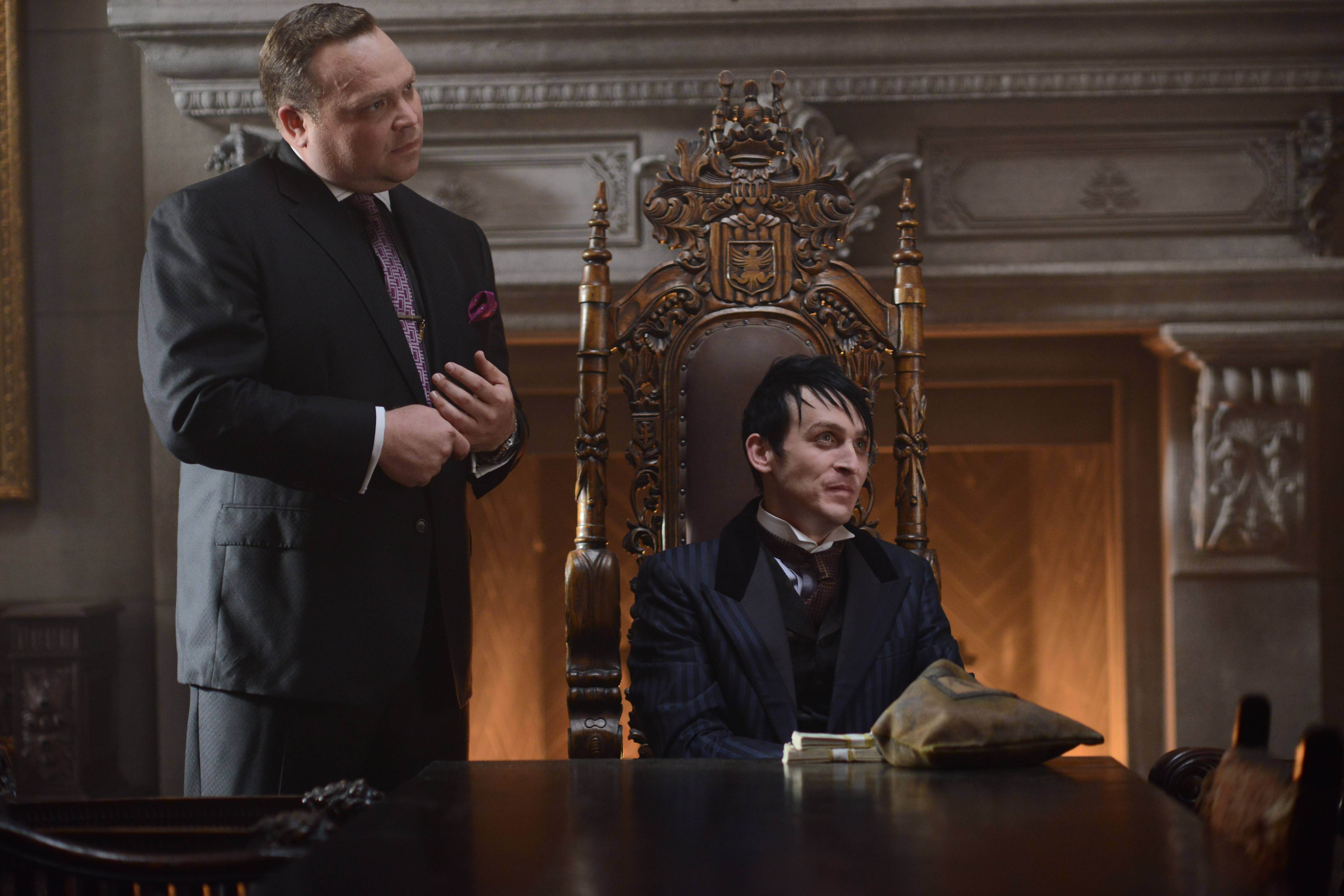 The season premiere of Gotham airs tonight at 8PM ET/CT on Fox with “Damned if You Do”. Fox has released a number of screens and videos to promote tonight’s episode.

Synopsis: Penguin is King of Gotham and after a shakeup at the GCPD, Detective James Gordon’s moral compass wavers, as he seeks help from Penguin. Meanwhile, Bruce Wayne continues to explore the secrets from his father’s office, while GOTHAM newcomers Theo Galavan (James Frain) and his sister, Tabitha (Jessica Lucas), make friends with some unlikely allies, a group of dangerous inmates from Arkham in the all-new “Rise Of The Villains: Damned If You Do…” Season Two Premiere episode.