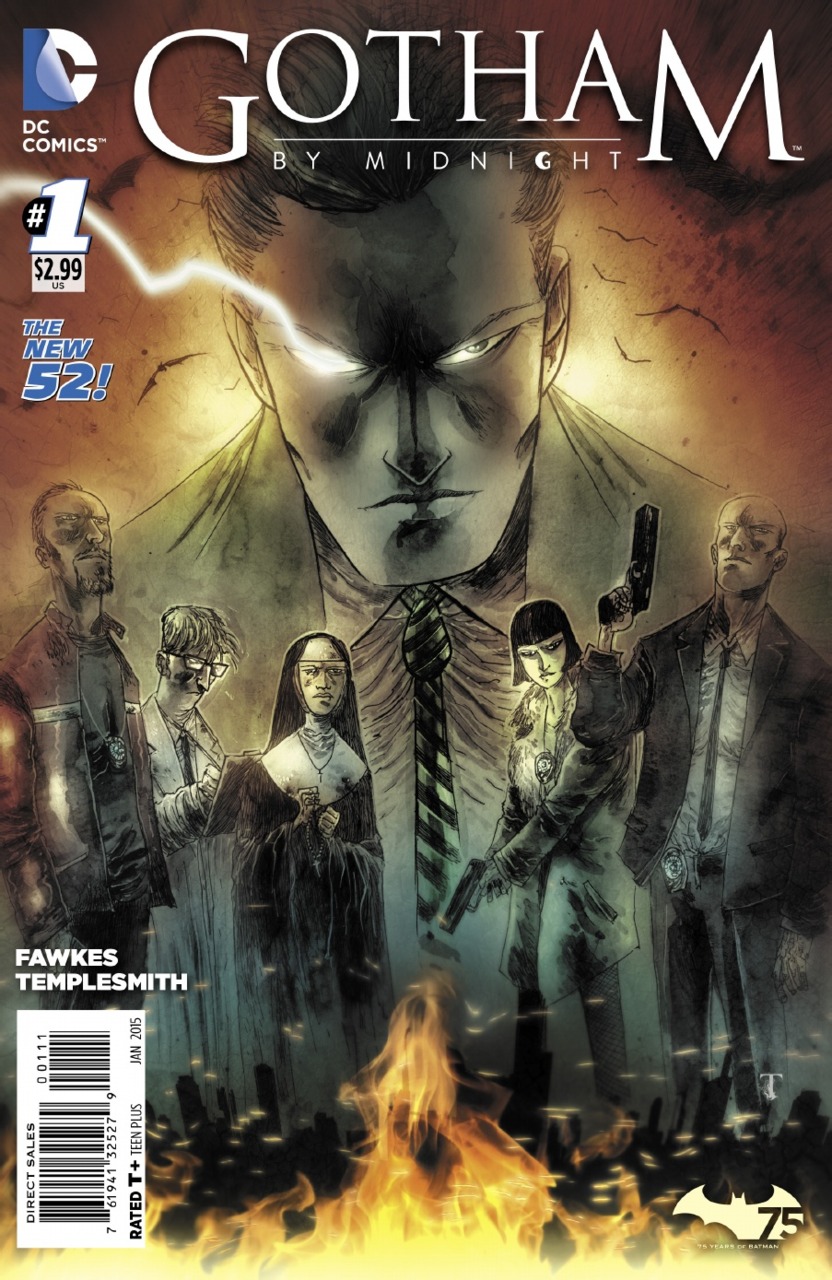 I don’t know how else to say it. I love horror stories. And the one thing I may love more than horror stories, is a good crime story. What I’m saying here, is that this book was made for me. Ray Fawkes draws you into the lives of these characters from the get-go. Bringing in our perspective character as the guy who doesn’t believe in the supernatural – perfect for the majority of readers, as we will get creeped out as he does.

Ben Templesmith’s art is so perfect for this series. If this is what is holding you back from trying it, don’t let it. Give it a chance. He won’t let you down, I promise. It’s so good, and the coloring makes you feel like you are standing in a morgue. I’m so excited to see what comes next for this series, and I really hope it gets a large enough following to keep this series going for a long time.

We open up with Sergeant Rook (get it?… Rookie?) as he gets out of his car and looks at the shadiest looking building on the street. He goes inside, and meets Lieutenant Weaver, and he can’t believe the building these guys are working in. Rook is from Internal Affairs, and he’s been sent to investigate this team, and see if they are needed, or will be canned. He is introduced to Doctor Tarr and Sister Justine. They distract him with a man who they claim has been turned into a pillar of salt, while they wait for Corrigan to return.

Corrigan is meeting with Batman to take the supernatural case that Batman isn’t as well equipped to handle. It seems as though the people Corrigan works with don’t know about the Spectre.

Corrigan goes outside to ride back to the department with his partner – Lisa Drake. She tells him how she wanted to be a cop when she was growing up, and he tells her that he wanted to be a firetruck… Awesome.

When they arrive, Corrigan leaves a good first impression on the I.A. by adding a little something to his coffee, and after conversation Corrigan is determined to change his mind on the supernatural after one night…

Corrigan, Drake, and Rook head to the family home of the case that he got from Batman. Corrigan notices a marking on the ceiling of their porch. They talk to the parents of the house, who tell them that their kids disappeared, but then came back. They no longer speak English, and act afraid of their parents – like they don’t know them.

Corrigan takes the clothes the girls came home in to identify the mud. He has Sister Justine come and sit with the girls while he and Rook head to Slaughter Swamp (the birthplace of Solomon Grundy). Where they come across a schoolhouse in the swamp, with a creepy nun-lady and a room full of kids, as the girls back at the house freak the freak out.