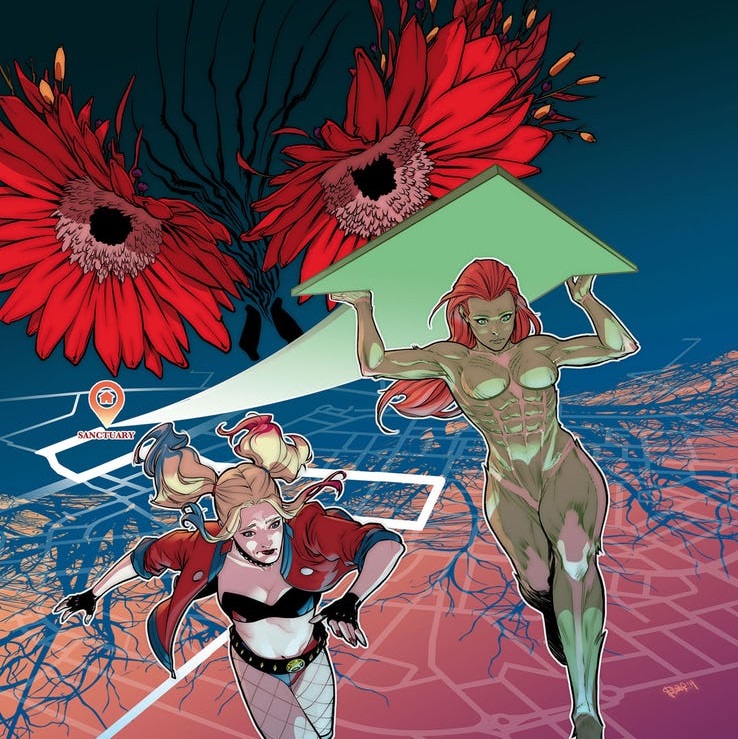 This is the week of announcements at DC Comics and the latest announcement comes from CBR. Spinning out of Heroes in Crisis, Harley Quinn and Poison Ivy will be appearing in new six-issue miniseries. Written by Jody Houser with art by Adriana Melo, the new series picks up right after the events of Heroes in Crisis. The solicitation goes on to state that this series will be part of main DC continuity and in fact be impacted in some way from DC’s Year of the Villain.

Harley Quinn and Poison Ivy are taking their show on the road in this new miniseries! They’ll have to evade villains and heroes alike while they explore their relationship and unpack their time and experiences at Sanctuary. Set after the events of HEROES IN CRISIS and smack in the middle of “Year of the Villain,” it’s a journey across the DC Universe that will change their friendship forever…if they live that long!

The series will launch on September 4. There will be two card stock variant covers by Stanley “Artgerm” Lau each featuring one of the two title characters, similar in style to the Batman/Superman series in August.