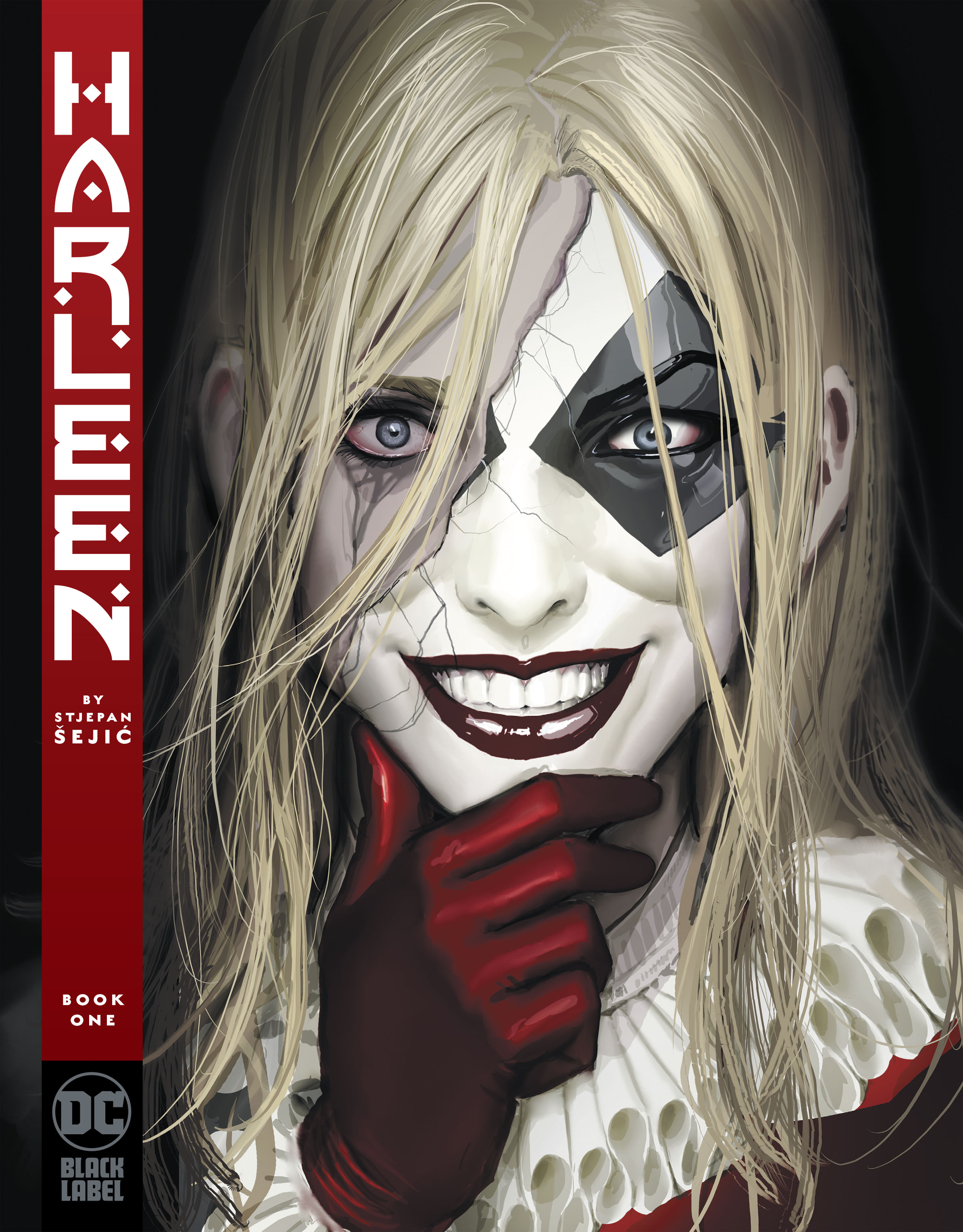 Overview: An idealistic Dr. Harleen Quinzel is haunted by dreams of the Joker, as she is given a Wayne Industries grant to study the inmates of Arkham.

Synopsis (spoilers ahead): Dr. Harleen Quinzel is in Gotham with her friend, Shona, hustling for research dollars as she  delivers a presentation (to the “money people” as Shona calls them) on the reasons for the absence in empathy amongst Gotham’s criminals and the ways in which she proposes to examine and potentially treat it.

However whilst walking around Gotham she has an encounter with the Joker, who spares her life after holding her at gunpoint. This plays into Harleen’s dreams and nightmares which circle around versions of the fight Batman and Joker have amidst the fog of Batman’s smoke bombs. Harleen watches as Joker and Batman battle it out in an extended fight scene, and she feels there is something unhinged about Gotham as people cheer as Batman bashes Joker into submission.

Despite Harley thinking her presentation to potential investors had gone very badly, she suddenly is summoned to her boss’s office where Lucius Fox, of Wayne Industries Research Division, says he is willing to supply her with a Wayne Industries grant to continue her studies in Arkham. This comes a nice surprise and a triumph for Harleen, who is unpopular with staff, who have been spreading rumours about her after she dated and had an affair with an older professor back in college.

Harleen then goes to Arkham, where she meets Hugo Strange, still in charge of the Asylum. He is suspicious of her work but allows it, thinking it will make no difference. Curiously he is very emphatic that this is a place of healing and the inmates are not inmates, they are patients.

Harleen then works her way through the Arkham patients, including Riddler, Poison Ivy, and Killer Croc, all the while somewhat haunted and tormented by dreams of the Joker, whose name she has put to the bottom of the list. This all changes when Harvey Dent, Gotham’s DA, instructs Harleen in a very arrogant style (at least to her) to drop her Wayne grant and her research, as he views it as dangerous to the legal process and the conviction of criminals who will start to get their lawyers to plead diminished responsibility due to their lack of empathy.

Harley rejects his reasoning and arranges a meeting with the Joker, who from the very beginning of their relationship seems to have the upper hand on his therapist.

Analysis: This is a fun, thoughtful and quite literary piece of work from Stjepan Sejic who proves early on in this long-form read that he is going for a prestige level of quality in both art and writing – this results in a fleshed-out characterization of Harleen who is given time to grow and develop within the pages. It’s clear that we are tackling the “big issues” that have stalked Harley for a long tie in the wider media – primarily her relationship with Joker and to a lesser extent Batman himself. This book is gazing into the weird prism of Gotham – Harleen sees it as unhinged before she becomes unhinged, if only months before. When she meets   Harvey Dent, who will eventually become Two-Face, Harley, in narrating the tale, reflects how in only months after the meeting they will both be murderers. Reflect on the usage of the word – the Harleen in these pages is a gifted (if flawed) psychiatrist, filled with empathy and a certain sensitivity of spirit. For her to call herself a murderer points to something that becomes broken inside of her. Was it always there? Did Joker break her, as it certainly seems quite possible?

In a lot of ways I found this a leisurely, fun read – the volume of pages Harley felt so smooth was the telling. The art is magnificent, a mixture of dreamy Gotham nights, which seems almost beautiful in their chaotic mystery, and the grids of Arkham Asulym, signifying boxes that the inmates (or patients) are placed in. We see Joker through Harleen’s eyes. We see him looking beautiful and wild and somehow free – and then suddenly the image becomes monstrous, and a chill runs down our spine. How deeply and how long did Harleen fall? What triggered this relationship, what caused the mad fall to hell?

It’s a compelling tale, deserving of the Black Label brand. Some of the recent moves DC have been making with prestige formats is making me pay attention. Recommended.

Final Thoughts: A compelling, mature take on the Harley mythos – a thought-provoking first issue in this miniseries which promises to be something special.